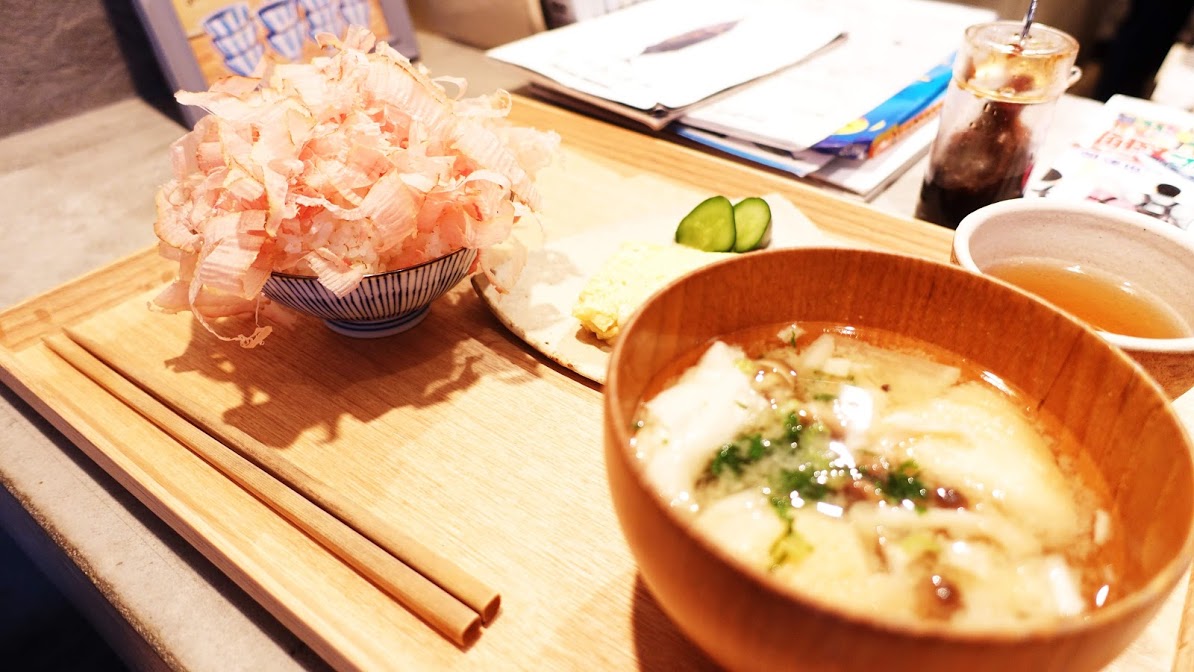 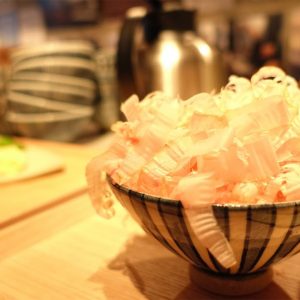 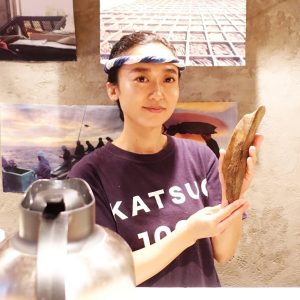 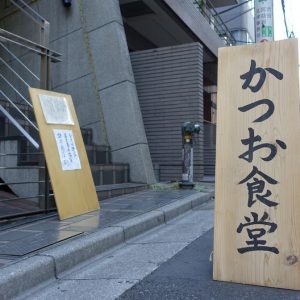 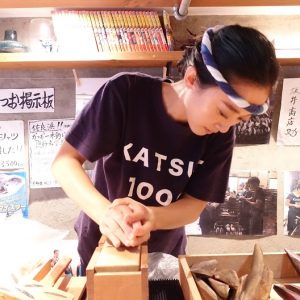 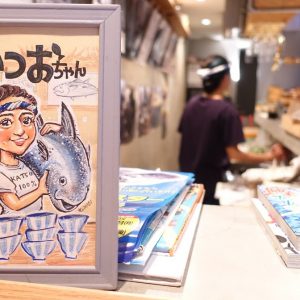 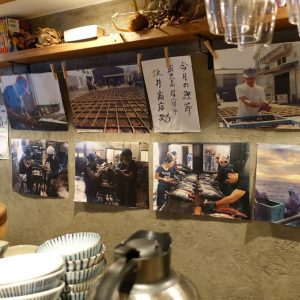 Katsuobushi — dried, fermented, and smoked skipjack tuna — is probably more widely-known as a topping of takoyaki and okonomiyaki or a stuffing for rice balls.

Originally, though, it is a traditional Japanese ingredient used to make the broth that forms the basis of soups and sauces for every variety of Japanese cuisine.

Although katsuobushi itself had not been thought of as the main ingredient for any particular dish, the concept is changing nowadays.

One reason is the growing popularity of “bonito flakes rice” served at Katsuo Shokudo, a trending restaurant in Shibuya specializing in this dish.

The restaurant is run by the young female chef Mai Nagamatsu, who proclaimed herself as a “katsuobushi evangelist.” She manages the restaurant by herself and limits her service to 50 dishes per day, which are usually sold out in a few hours.

There were 20 people already lined up at opening time on the day I went to Katsuo Shokudo.

Yet, it is no wonder people are willing to wait in line to have this Japanese traditional breakfast of bonito flakes rice with miso soup and tamagoyaki. All the dishes are made with fresh katsuobushi, which is totally different from the katsuobushi typically sold at supermarkets.

Ms. Nagamatsu found the attraction of katsuobushi as an ingredient of Japanese cuisine when she was 25 years old. Before that, she said, she was a party girl who didn’t have any future plan or ambition.

Her life changed dramatically when she visited her grandmother in Fukuoka — and had a dish made of fresh katsuobushi.

“My grandma said, ‘Let’s make a dish using fresh bonito flakes,’ and abruptly took out a wood plane from the shelf and started shaving a chunk of katsuobushi,” she recalled.

“This whole process is probably outdated because we can all buy pre-shaved katsuobushi anywhere. Nevertheless, somehow, as I saw my grandma shaving katsuobushi, I was deeply moved and thought the sight was truly, incredibly beautiful. Of course, the dish made of fresh katsuobushi was beyond description,” she added.

After this encounter, she fell in love with katsuobushi. She realized what she truly wanted was to spread the deliciousness of fresh katsuobushi to people and bring them happiness.

Although she was supposed to go back to Tokyo after her visit to Fukuoka, instead she decided to travel around Japan and meet katsuobushi professionals all over the country.

At Katsuo Shokudo, Ms. Nagamatsu serves the best type of katsuobushi, which differs from month to month. She imports it directly from katsuobushi professionals around the country whom she met during her exploration.

The katsuobushi for the month I visited was from Sakai Shoten in Ibusuki, Kagoshima — an area famous for its katsuobushi production.

“Katsuobushi is similar to wine in a way,” Ms. Nagamatsu said. “It really matters how much time and effort is put in to produce katsuobushi, as well as the quality of skipjack tuna itself. The ones sold at supermarkets are relatively cheap because they can be produced in a month. On the other hand, katsuobushi made out of high-quality skipjack tuna, taking extra time and care, is remarkably different in its flavor and scent.”

Ms. Nagamatsu’s motto is to serve the best katsuobushi in the best possible way, as well as to convey the story behind its production.

“It takes a lot of time and effort to serve fresh katsuobushi by importing the best katsuobushi available and shaving it from a chunk. However, this process makes the whole difference. Katsuobushi sold in stores is already shaved and in a bag. However, the flavor actually starts to deteriorate 30 minutes of being shaved,” she explained.

Her next goal is to find a successor who can protect the tradition of fresh-made katsuobushi — although she is quite young herself.

We live in an era in which we prioritize convenience. In this case, though, the experience at Katsuo Shokudo made me realize the traditional value produced by taking extra time and care.