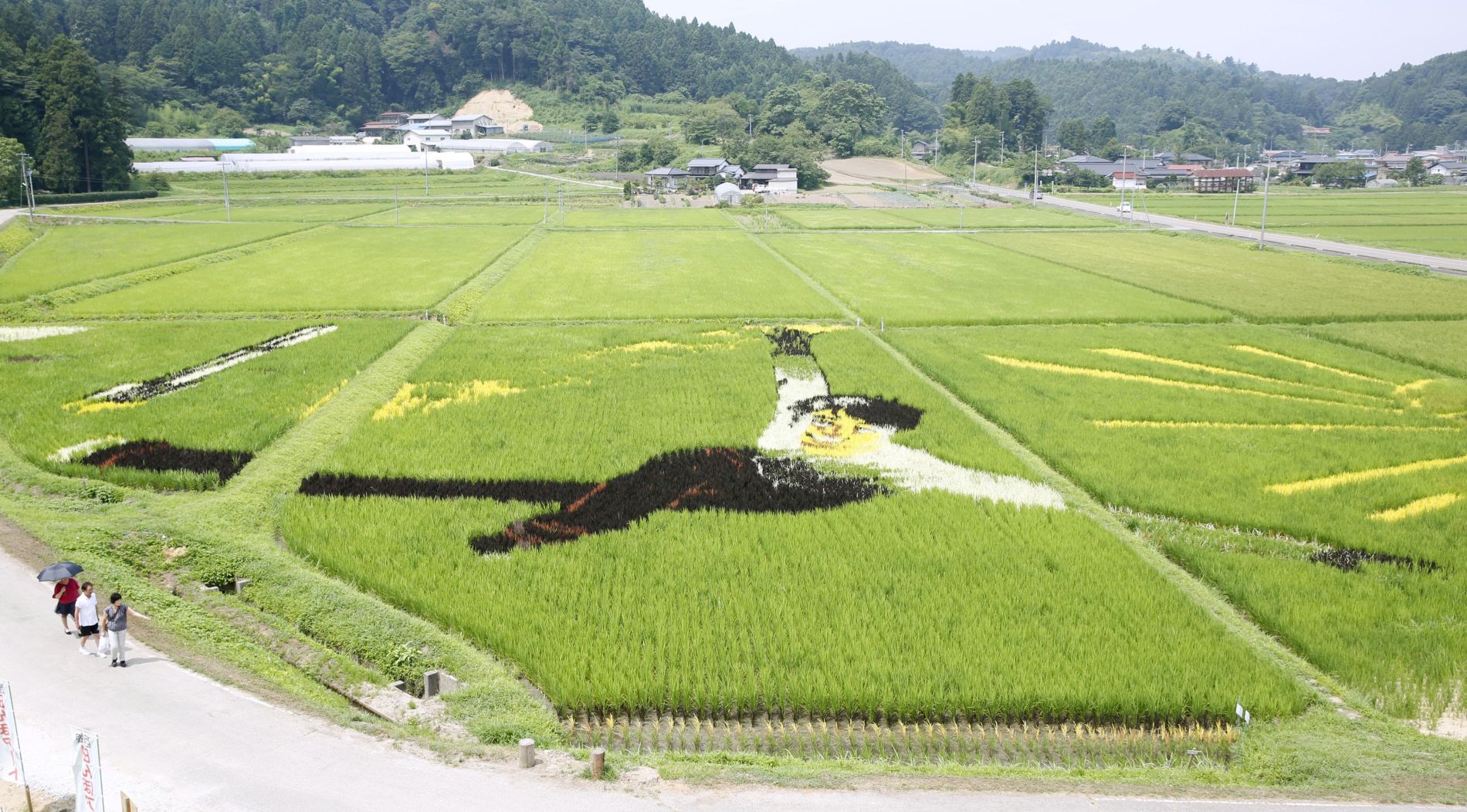 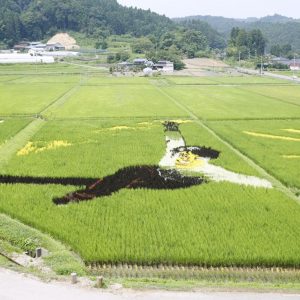 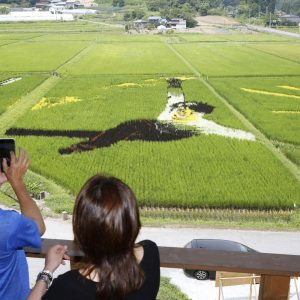 Kakuda City, a place in the middle of nowhere in Miyagi Prefecture in northeastern Japan, has managed to make a name for itself by planting different varieties of Japanese rice in such a way that the varied colors of their leaves create a design when seen from afar: rice paddy art.

Northern Japan is known for its delicious rice, which is transported all over the country and shipped overseas, making it an ideal location for the practice of rice paddy art. And as far as aesthetically pleasing paddy art is concerned, the fields of Inakadate in Aomori Prefecture have been the most famous among foreign tourists. But this year, Kakuda’s rice fields stand out from the fray.

Known in Japan as “Tanbo Art,” these attractions have helped revitalize tourism in the region. The initiative was realized with the combined effort of the farmers and the tourism bureau of the city. Fans come from around the country and overseas, and a special bus has been put in place to facilitate visiting the peculiar sites.

Taking up about 500 square meters and using eight different types of seeds, the rice was planted in beautifully colored designs to make out the shape of the famous Olympic athlete, which can be admired from a 15-meter-high viewing platform.

In 2019, tours to the region go from August until mid-October. A bus has been commissioned for the convenience of visitors starting August 7. It connects the rice paddies to Kakuda Station on the Abukuma Express train line.

A 35-year-old nurse from Minamata in Kumamoto Prefecture, who visited the Kakuda rice paddy with her friend, commented excitedly on her visit to the fields. “The size is immense! I was really touched by the experience. I wanted to come see it, even though I live far away.”