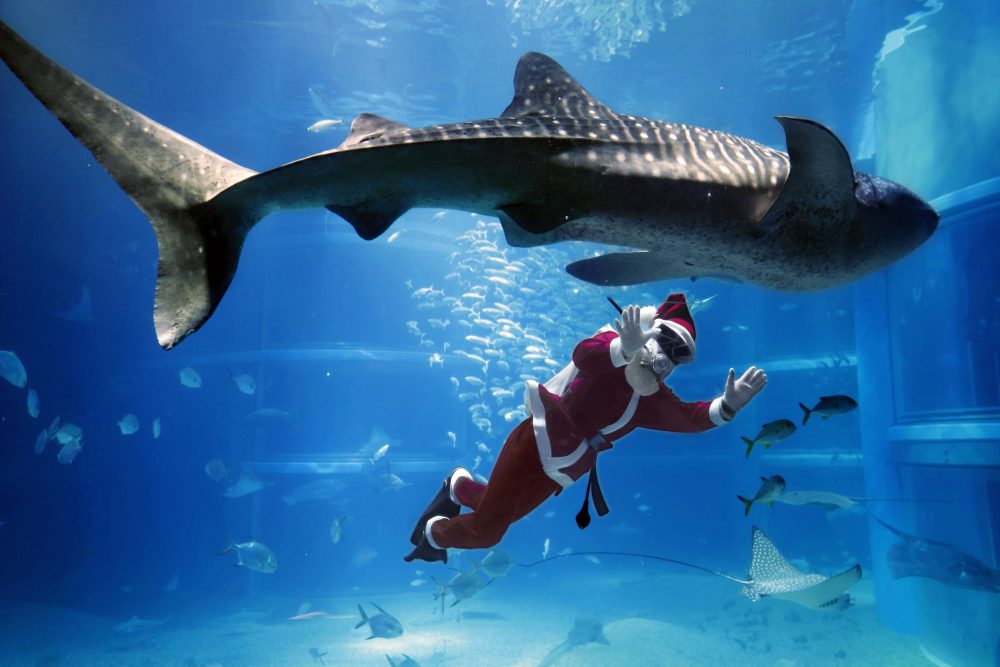 Many children might be wondering: is Santa Claus going to make it to visit all the homes around the world this unusual Christmas season?

Fear not. Santa Claus has made an appearance, flipping his fins in earnest at Kaiyukan, Osaka Aquarium, in what is known as the largest aquarium in the world.

On November 27, a diver dressed as Santa Claus plunged into the water, whizzing among various species of fish, brushing elbows (or should I say fins?) with the well-known example of whale sharks that make Kaiyukan in Minato-ku, Osaka, their home. 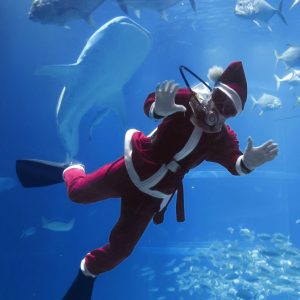 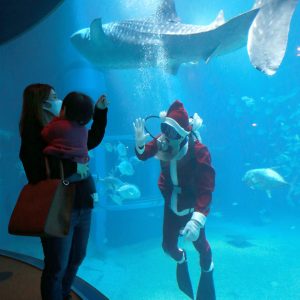 Osaka Aquarium Kaiyukan is supposedly the largest aquarium in the worldーand also one of Japan’s most spectacular aquariums. It is known for its innovative presentation and for recreating a natural habitat for the aquatic animals of the Pacific Rim.

A diver, dressed in a red costume and wearing a white moustache, waved his hand underwater in front of the media on November 27. 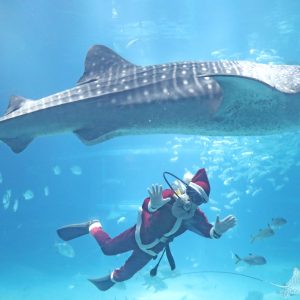 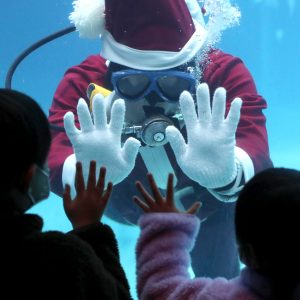 This is the 28th year in which such an event is held at the Kaiyukan, as the first time was all the way back in 1993. “I hope people coming to the aquarium will become interested in the world of the sea while enjoying the seasonal festivities,” the aquarium curator said to The Sankei Shimbun and JAPAN Forward.

The event, which began on November 28, will remain open to the public until December 25.

The performances last for about 30 minutes each, although the aquarium reserves the right to change the program depending on the condition of the animals.

This is a very Merry Christmas gift to visitors from Kaiyukan, Osaka Aquarium!