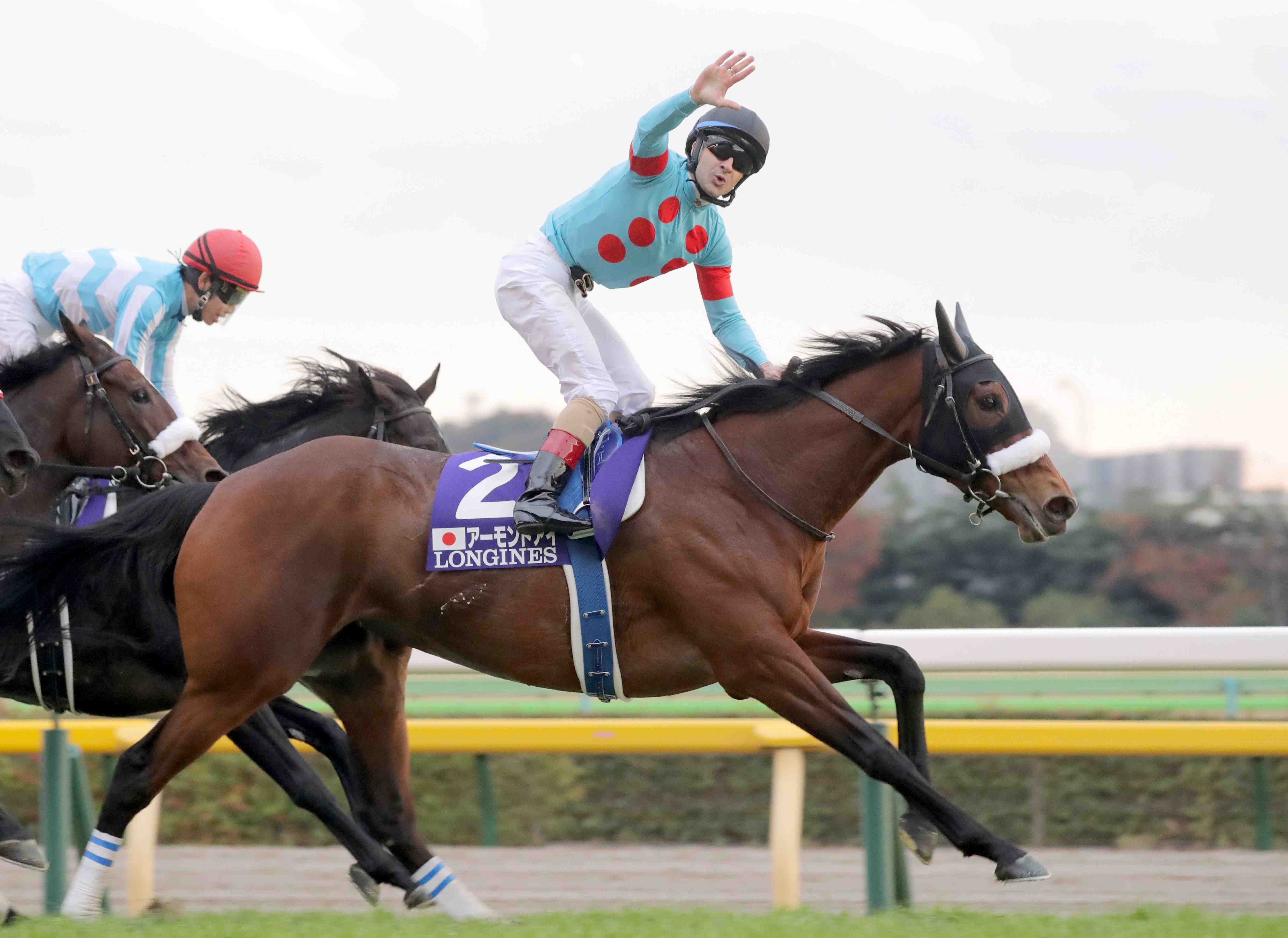 It was an amazing finish to an extraordinary career.

A storybook finish, a finish that seemed predestined to happen as the year marched on.

And when the favorite Almond Eye, guided with supreme confidence by the brilliant Gallic equine conductor Christophe Lemaire, stormed past a field of 14 other horses in the 40th Japan Cup at Tokyo Racecourse on a cloudy Sunday afternoon on November 29, the career-closing victory thrilled a national audience.

It also earned celebratory applause from international horse racing fans and onlookers who had shelled out cash to bet on the 5-year-old Almond Eye to win her Japanese record ninth Grade I turf race. See the race here.

The dynamic duo of Almond Eye and Lemaire, who gave a hint of incredible success to come by winning the 2018 Japan Cup over 2,400 meters at the same track, didn’t burst out of the gate and produce a facsimile of Secretariat’s one-for-the-ages 31-length victory in the 1973 Belmont Stakes in New York. (Watch it here.)

Instead, it was an earnest effort buoyed by patience, keen awareness of every inch of real estate available to make a move and impeccable timing in the pivotal stretches of the race. 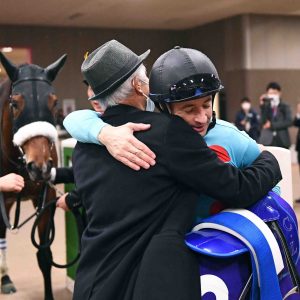 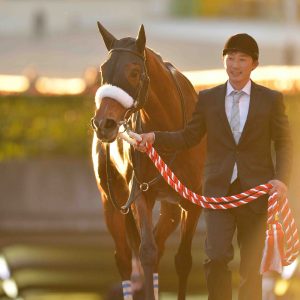 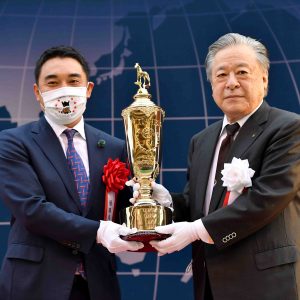 “Almond Eye is a perfect mare and doesn’t have any weak points,” Lemaire told reporters after the historic victory. “Her career as a race horse ended today but I look forward to riding her children.”

While Daring Tact has generated plenty of excitement this year at the racetrack—she became the sixth filly to capture the fillies’ Triple Crown title and the only one to do so with an unbeaten record by winning the Shuka Sho on October 18 at Kyoto Racecourse—the day belonged to Almond Eye.

Contrail also arrived at the Japan Cup with impressive credentials, having achieved something special this year, too. The 3-year-old colt triumphed in the Kikuka Sho (Japanese St. Leger) on October 25 at Kyoto Racecourse and became the eighth colt to win the Triple Crown, the third undefeated thoroughbred to do so. 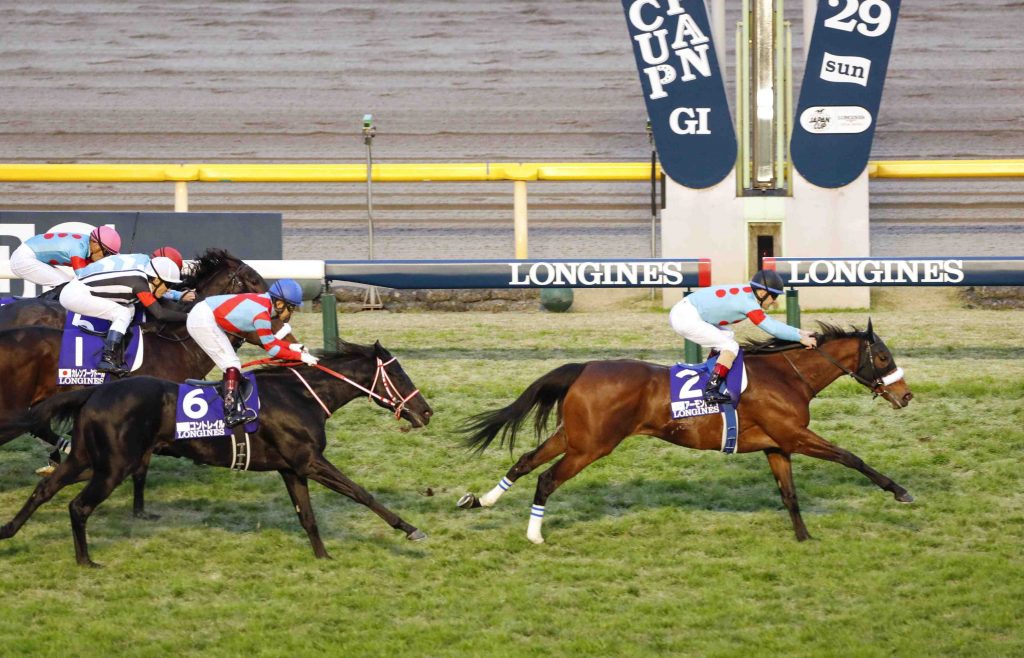 Christophe Lemaire rides Almond Eye to victory for the final time on November 29.

The reality of Almond Eye’s career finale—it was previously announced that she would retire after the race—punctuated the significance of the annual extravaganza, which began in 1981.

In a race high on drama, Kiseki held a commanding lead of eight lengths for a large chunk of the race, then stretched it to 12 lengths past the 1,000-meter mark and appeared on the verge of a runaway victory.

But Lemaire and Almond Eye had other ideas—and so did Contrail, who overtook Kiseki down the final stretch.

Almond Eye and Contrail both exhibited great closing speed on the outside, erasing Kiseki’s nine-length lead as he approached the final 400 meters. Unbelievable finish as Lemaire was in complete control aboard the speedy Almond Eye.

“The pace was just right for her and she responded well in the [final] stretch,” Lemaire said of Almond Eye, a daughter of Lord Kanaloa. “The others closing in on us didn’t worry me at all.” 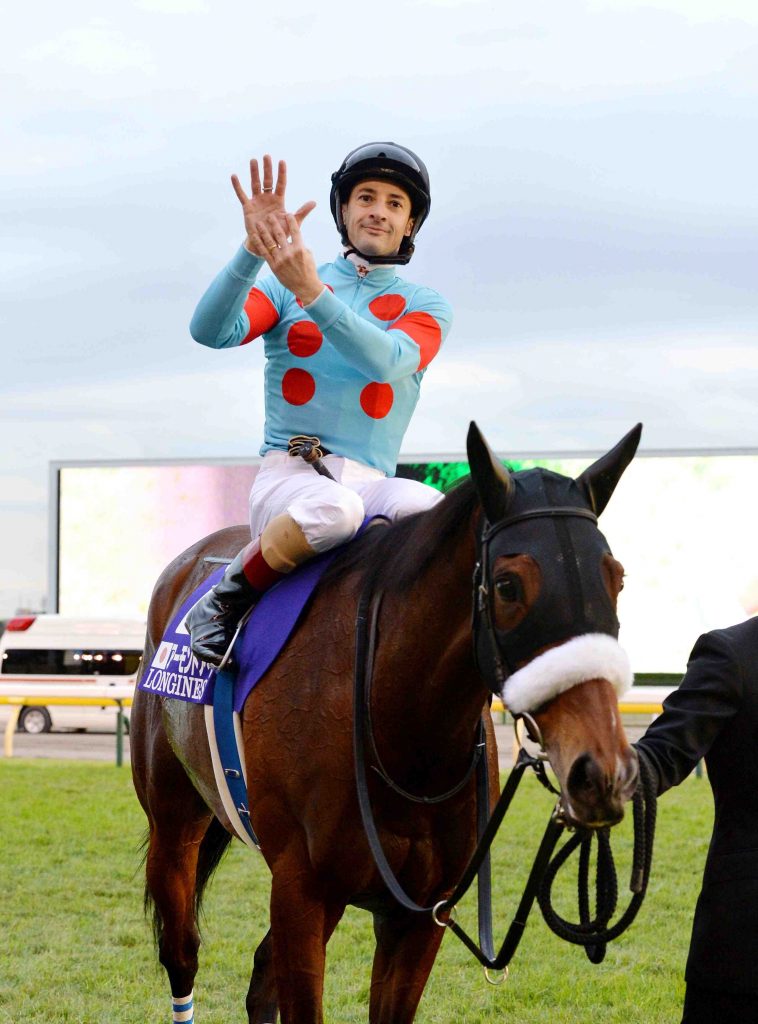 Almond Eye’s final victory was a definitive moment in a career defined by greatness, including 11 wins in 15 races.

“She reminded us all what a great champion she is by winning yet another G1 race,” Lemaire was quoted as saying by Kyodo News. “What pleases me the most is that she goes into retirement having run her final race without incident.

“This mare is a true professional. She never gave me a second of anxiety today. Whatever I asked her for, she delivered. She is Japan’s strongest horse, and I’m filled with gratitude toward her.” 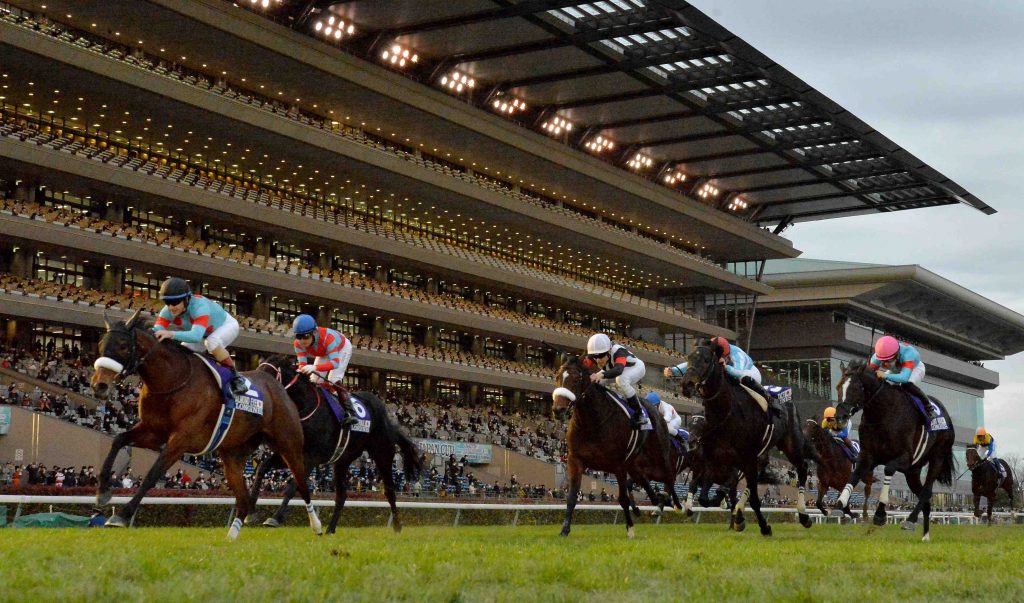 The marquee race commenced at 3:40 p.m. and wrapped up before the late-afternoon sky turned black.

And it happened just weeks after Lemaire and his superstar thoroughbred teamed up for a winning gallop in the Tenno Sho (Autumn) on November 1, a victory that brought tears to the 41-year-old Frenchman’s eyes. After that win, the emotional jockey had trouble describing what the race meant to him, telling reporters, “It’s hard to express, it was an unbelievable performance.”

And before the calendar flipped to December, there was one more unbelievable performance left to add to Almond Eye and Lemaire’s sensational CV. 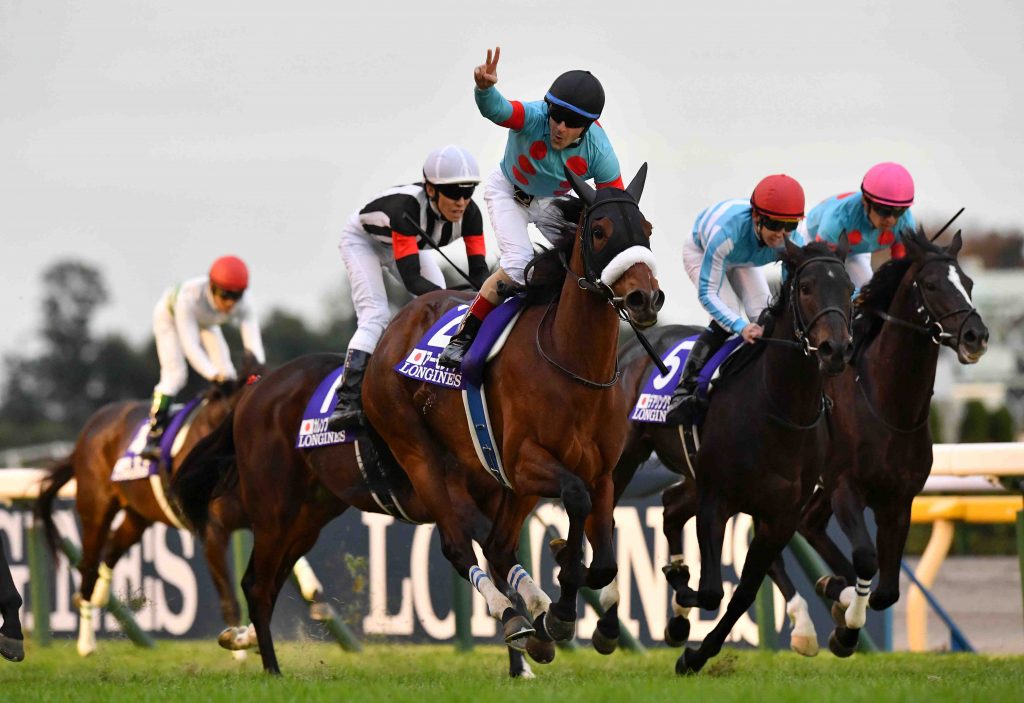 Almond Eye (2) was the center of attention on November 29 at Tokyo Racecourse.

In a telling statement comparing the aftermath of the Tenno Sho triumph and the Japan Cup victory, Lemaire noted that pressure didn’t weigh on his mind in the legendary horse’s career finale.

“Last time there was a record on the line, and there was so much pressure, that winning was a huge relief,” Lemaire said, according to Kyodo News. “This time [it] was a sayonara party. That’s the difference.”

For Almond Eye, it was a perfect finish.