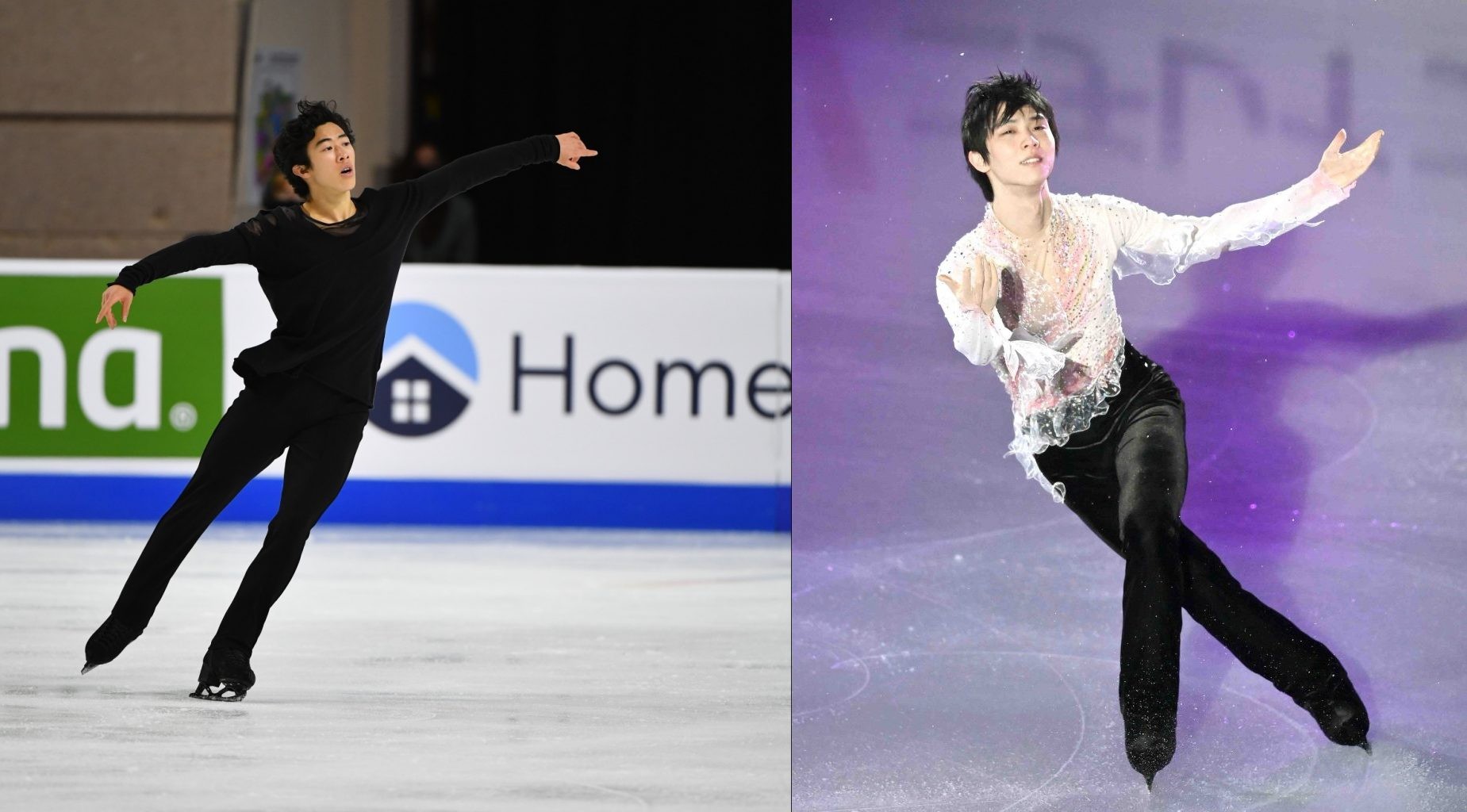 When it comes to figure skating, Yuzuru Hanyu vs. Nathan Chen is as big a battle as it gets. It is skating’s equivalent of Muhammad Ali against Joe Frazier in the boxing ring.

The two-time Japanese Olympic champion and two-time American world titlist will meet this week at the world championships in Stockholm, with the winner taking momentum and a psychological advantage into next year’s 2022 Olympics in Beijing.

The event will get underway on Wednesday with the women’s singles and pairs short programs. Hanyu and Chen will take the ice on Thursday for the men’s short program, with the men’s free skate set for Saturday.

Hanyu, who put on an incredible performance at the Japan Championships in Nagano in December to win his fifth national crown, will be competing in full health against Chen for the first time since the Cup of Russia in 2017. Chen narrowly won that meeting by just three points.

Even when Hanyu captured his second gold medal at the 2018 Pyeongchang Olympics, he was still recovering from an injury to his right ankle during practice at the NHK Trophy in Osaka three months earlier. The Sendai native did not skate in the world championships the following month, where Chen claimed his first world title.

The 26-year-old superstar then reinjured his right ankle at the Cup of Russia in 2018 and missed four more months, before returning to compete at the 2019 world championships in Saitama, where he finished second behind Chen, who won his second straight world title.

The pandemic has wreaked havoc on the world in general and skating in particular. One thing it has done, though, is give Hanyu the chance to fully heal from his injuries. His stunning showing in Nagano at the end of December illustrated that he is back at the height of his amazing powers and built the anticipation for this week’s faceoff with Chen.

“Today I was able to skate for who I am and I was able to skate comfortably and I’m also sure that the audience was also able to watch me skate with ease,” Hanyu stated following his victory in Nagano. “This gave me confidence for the way I’ve trained up until now and made me reassured that I’ve been able to train with the menu right for my body and its condition. I want to brush up and continue to improve my training methods and further challenge myself with difficult jumps, while simultaneously avoiding injuries.”

The 21-year-old Chen is undefeated since finishing fifth in Pyeongchang, and won his fifth consecutive national title in Las Vegas in January. On a conference call earlier this month, Chen acknowledged that skating against Hanyu was special.

“It’s always a big honor for me to compete against an idol I watched while I was growing up,” Chen commented. “I’m super excited to have this opportunity to push myself to sort of catch up to what he is.”

With Hanyu fully fit, the pressure will be on Chen, as Hanyu still has the artistic advantage over his younger rival. If Hanyu can match Chen technically, his program component scores could carry him to his third world title.

The last time the world championships were held in northern Europe was in 2017 in Helsinki, where Hanyu delivered what is widely considered the single greatest skate of all time. In fifth place after the short program, Hanyu roared back to top the podium with a jaw-dropping fusion of athleticism and artistry that brought the capacity crowd to its feet in unison at its conclusion. Four years later it remains an indelible memory for fans of the living legend.

Other medal contenders in Sweden include Hanyu’s teammates Shoma Uno, the silver medalist in Pyeongchang, and Yuma Kagiyama, the bronze medalist at the last two Japan Championships. Chen’s compatriot, Vincent Zhou, who was sixth in Pyeongchang, Russia’s Mikhail Kolyada and China’s Jin Boyang will also be in contention for the podium.

Japan’s top hope on the women’s side is two-time national champion Rika Kihira, who landed her first quadruple jump in competition at the nationals in Nagano. The 18-year-old Kihira will be vying for a medal with the formidable Russian trio of Alexandra Trusova, Anna Shcherbakova and Elizaveta Tuktamysheva.

Kihira will be joined in Stockholm by Satoko Miyahara, who finished fourth in Pyeongchang, and Kaori Sakamoto, who was sixth there.

While many skaters have been forced to train domestically due to the pandemic, Kihira has traveled the globe, working extensively with Stephane Lambiel in Switzerland, and also training in Colorado Springs last month. She will need to summon all of her training against Trusova and Shcherbakova, who both have the ability to land multiple quads.

Other medal contenders in the women’s field include American champion Bradie Tennell and Tuktamysheva, the 2015 world champion who is enjoying a career renaissance at the age of 24.

Japan will be represented in pairs at the worlds by Riku Miura and Ryuichi Kihara. The Hinomaru will also have one ice dance team in Sweden, with Misato Komatsubara and Tim Koleto competing.

Hanyu’s home base, Ice Rink Sendai, revealed earlier this month that the hometown hero has donated more than ¥31 million JPY (about $285,000 USD), with his most recent contribution being ¥2.1 million JPY (around $19,300 USD).

“Mr. Hanyu loves his hometown Sendai deeply and cares very much for Ice Rink Sendai. He has provided donations on several occasions and we cannot thank him enough,” the rink said on its website. “We will use the donation most effectively to update the rink for a more comfortable experience.”

The rink is where Hanyu was training on March 11, 2011, when Tohoku was rocked by a 9.0 earthquake that forced him to run outside while still wearing his skates.