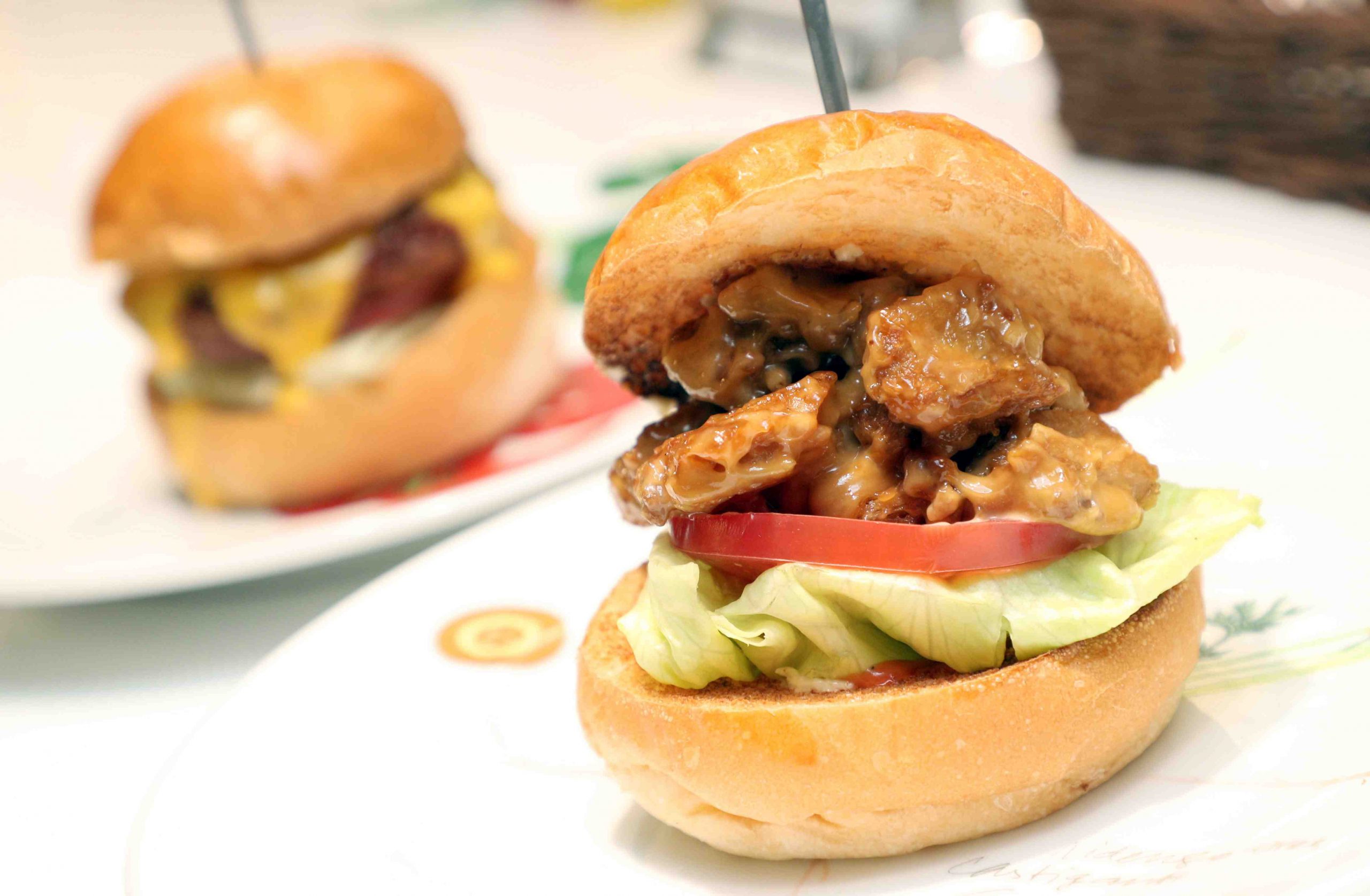 
The term “soy meat” has begun to crop up on café menus—one of the many indications that meat substitutes have earned their place in the culinary world.

Meat substitutes are made with ingredients like soy to recreate the texture and appearance of meat. Although they were once geared towards vegetarian consumers only, the market has expanded with the arrival of products that have satisfied the expectations of meat lovers, accelerated by the growth in environmental awareness and the advancement of sustainable development goals (SDGs).

The juicy “meat” patty is so big that it sticks out of the burger bun, overflowing with cheese. The Holy Cow Cheeseburger (￥1,298 JPY, or about $12 USD) looks exactly like a beefy gourmet burger served in a fashionable café, but it is in fact a healthy burger made from a meat substitute called “plant-based meat” (PBM), which is derived from plants.

Their veggie burger patty has the firm texture of beef. Although soybean is its main ingredient, no hint of bean can be detected.

President Yukihiko Muratani of The Vegetarian Butcher Japan explains. "PBM used to be a product for vegans and vegetarians, but the focus has shifted to developing products for meat-eating consumers. All dishes served at our restaurant have been created to be enjoyed by the average consumer."

Learning About the Environment through Food

President Muratani says, “Just like how we think of Matsuzaka beef as the epitome of quality beef, the market for meat substitutes is also segregated into different flavors like chicken and beef. We hope to establish The Vegetarian Butcher brand firmly in Japan.”

The Vegetarian Butcher Japan also promotes the reduction of food loss and environmental impact, and provides their customers an opportunity to give some serious thought to environmental issues. The restaurant plans to further expand the PBM market by targeting the younger generations who tend to be more environmentally aware.

Nichirei Foods has gone a step further by developing a plant-based demi-glace, a sauce that invariably contains meat extracts. The Head of Development at Nichirei Foods expressed the company’s determination.

“Meat substitutes will continue to gain steam without a doubt. It has definitely been a challenge to meet the expectations of the general public, but we hope our products will entice meat-eaters to consider meat substitutes.”

Ajinomoto started investing in DAIZ in late November and has begun developing its own products, but they had already been supporting Western manufacturers in research and development.

“Meat substitutes tend to have a high salt content. I hope that our umami-producing technology, which has continued to prove itself since the founding of our company, will be useful in this area,” says an Ajinomoto staff member with anticipation.