In Niigata, A Quest for Unique Islands and Local Food 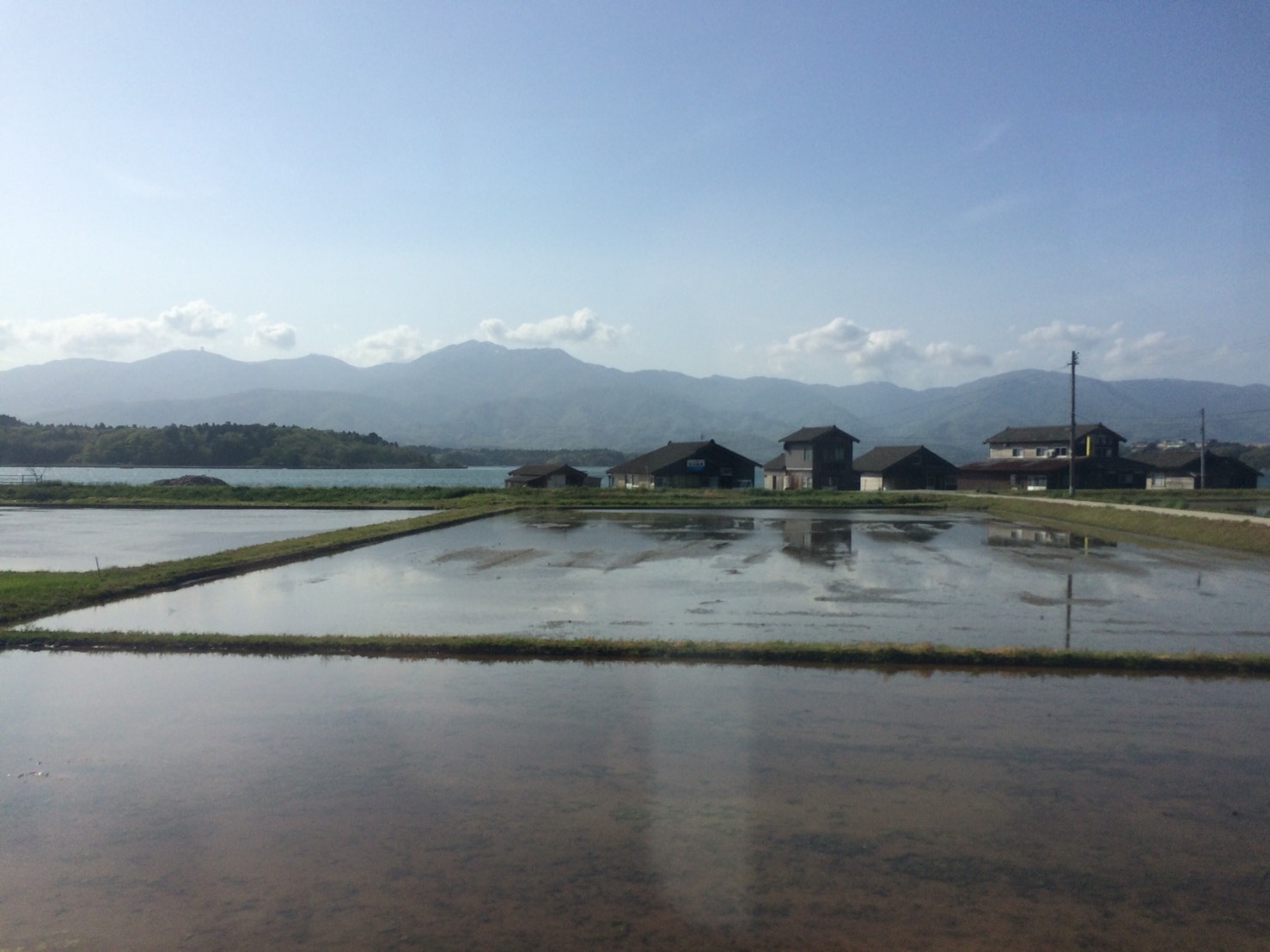 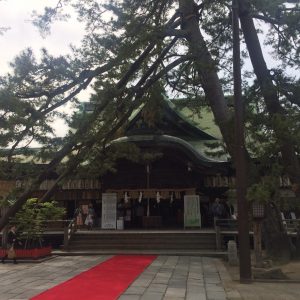 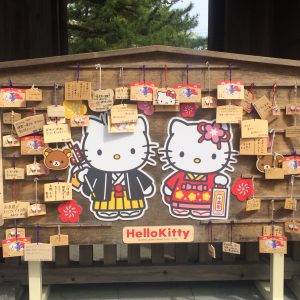 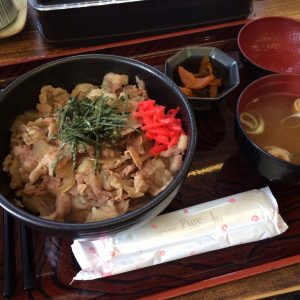 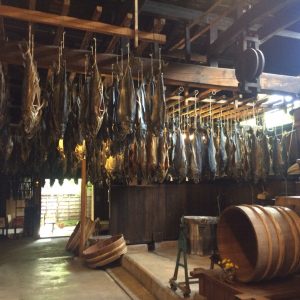 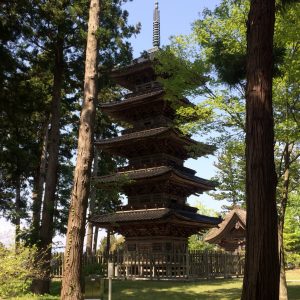 Due to its curved geographical shape and chains of mountains separating its regions, Japan is, culturally-speaking, quite diverse. There are many different things and places to be discovered, while interesting travel destinations can also be found outside of the usual big, urban areas.

Niigata Prefecture is just such a place.

Located along the Sea of Japan on the west of the main island of Honshu, this prefecture is famous for rocky coastlines, ski resorts, and regional specialties like fish and sake. The rice from Niigata is often said to be some of the most delicious in the entire country.

In contrast to famous cities like Kyoto or Kamakura, Niigata is more of a destination for domestic Japanese tourists. Tourist information centers and sightseeing spots, of course, offer information in several languages, but foreign tourists are a less common sight. Therefore, the region offers a good opportunity to see how ordinary Japanese spend their holidays.

The biggest urban area in Niigata Prefecture is Niigata city— located directly on the coast of the Sea of Japan—which functions as the logistical hub for the prefecture.

There are various ways to get there. From Tokyo, the fastest and most convenient way to reach Niigata City by train is by the Joetsu Shinkansen, which takes about two hours. The least expensive way of getting to Niigata from the Kanto region is by express bus from Tokyo, which takes about five and a half hours.

Among other sightseeing spots in Niigata City, like an aquarium and assorted museums, Hakusan Shrine is a rather interesting place to see. The history of the shrine goes back more than 1,000 years. It is famous in Japan for matchmaking and marriage—the deity of the shrine is Kukuri Hime no Ookami. Kukuru literally means “to tie together/join” in Japanese. So, if you want to find a girlfriend, boyfriend, wife, or husband, trust the gods of Japan—it may help to pray at Hakusan Shrine.

The island of Sado is another interesting regional destination. Just a two-hour ride by ferry from Niigata Port, it is the biggest island after the four main islands and Okinawa, possessing a rich cultural heritage due to its history.

Since its location is quite far from the mainland, the culture of Sado developed a bit differently from the rest of Japan. Due to its remoteness, Sado was used as a place to exile people who became persona non grata, mostly for political reasons. Therefore, over time, members of the higher and more educated classes from all over Japan were sent to Sado—and brought their culture with them. There was even an emperor among the banned.

This, and the fact that Sado was part of a main naval route, resulted in a mix of different Japanese cultures. For example, the dialect spoken on Sado today is said to be different from the Niigata dialect, and there is a special Sado-style of Noh theater culture.

Furthermore, Sado played an important role throughout Japanese history due to its gold mine, which helped finance the Tokugawa Shogunate. The gold mine, with its iconic twin-peaks shape, was shut down in the late 1980s and transformed into a museum where visitors can learn about how mining was done in ancient Japan. Since there were several mines and ways of digging for gold throughout the placec’s history, there are several tour options. It is quite interesting to see what people did to get the minerals out of the earth.

Another recommendation for things to see on Sado is the five-story pagoda at Myosenji temple, which is part of the Nichiren school of Buddhism whose founder was exiled on Sado.

Although there is a widespread net of bus routes all across the island, I would recommend renting a car at the port since most of the buses run only once every hour—sometimes every two hours. Sado has a lot to offer, from beautiful landscapes and coastlines to special local food and traditions, so it might also be a good idea to spend more than just a day on the island.

The Town of Murakami

Another place I visited in Niigata was a town called Murakami (not to be confused with the famous author), a one-hour train ride from Niigata City by the Uetsu main line. This town is especially famous for various local foods. Among other famous goods like sake and tea, the beef produced in Murakami is well-known and said to be of very high quality. I had the pleasure of eating gyudon (a bowl of rice topped with beef) made of Murakami beef, and I have to admit that it was the best gyudon (and probably the best beef) I have ever eaten.

Murakami is nicknamed the “salmon capital of Japan” due its unique salmon culture. One of the ways salmon is processed in Murakami is to hang it out in the air and let it dry by the cold wind, which is different from the usual way of smoke drying the fish. You can see a lot of these fish hanging from the ceiling in a family-run shop with a very long history called kikkawa, which you can enter for free. There, you can not only buy many different fish specialties, but the staff are also kind enough to explain the production process to visitors. (Unfortunately, the explanation is only in Japanese.)

Due to its many well-crafted local products, Murakami is one of these Japanese countryside gems where you can relax and enjoy authentic Japanese food, and therefore is definitely worth a day trip.

All in all, I enjoyed my trip to Niigata due to its diversity of travel destinations. From a bigger city like Niigata to more remote places like Sado and Murakami with their interesting histories and cultural assets, Niigata Prefecture offers much to see, learn, and (especially) to eat and drink.

The prefecture is largely countryside—visitors will need to plan extra time for travel between destinations and public transportation that often doesn’t run as frequently as in urban areas. Nevertheless, especially for self-professed Japanese foodies, Niigata is definitely worth a visit.