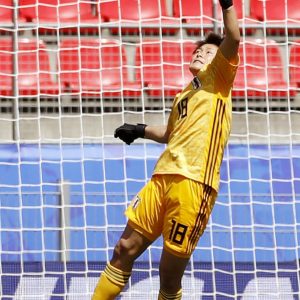 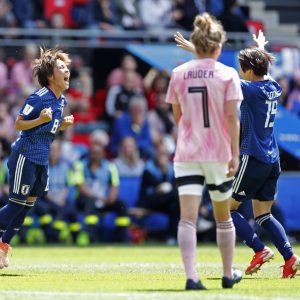 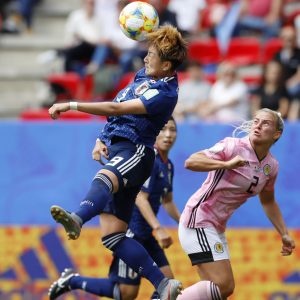 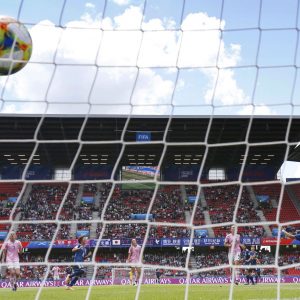 With Nadeshiko, the nickname of the Japanese Women’s team, visibly rattled and disappointed after a draw with Argentina on Monday June 10, expectations were high from Japan and the world to have the record set straight. This time, they would be dealing with a more threatening opponent: Scotland.

Fans needn’t have worried. Minus a couple of squabbles over debatable penalties, the members of the young team from Japan were relentless against their Scottish counterparts, and came knocking on their door as soon as the match kicked off at 2 P.M. local time at Roazhon Park in Rennes, France, taking home the result of a 2-1 win for Japan.

Scotland is ranked 13th in the world, while Japan is in 7th  place. Moreover, Japan won the world championship in 2011 and made it to the finals in 2015 with 11 consecutive matches won, only to be beaten by the U.S. in the final game.

Despite the stellar track-record, Japan’s attack strategy was unconvincing in the game against Argentina on June 10, causing widespread disappointment in the resulting tie with a nation that had never before scored a point in a FIFA Women’s World Cup.

So on June 14, Japan needed a win in order to avoid scrambling for points against England in the following stage of the knock-outs.

Overall, during the match it seemed that Nadeshiko’s attack strategy was much more aggressive. By the 13th minute, Emi Nakajima already had slalomed close to the goal area, posing a threat to the Scottish goal-keeper Lee Alexander.

Japanese fans only had to wait about 20 minutes to roar in jubilation as Mana Iwabuchi took the ball and on the edge of the attack area squarely shot a strike into the center of the goal, which passed through Alexander by sheer force.

Despite the early start, Japan didn’t let up. Just nine minutes later, they were on Scotland’s case again, with the Scottish ladies sporting pink jerseys narrowly avoiding another goal by Iwabuchi.

Sometimes ability is also helped by luck. At the 35th minute, Rachel Coursie brushed against the arm of Yuika Sugasawa, an act that was eventually awarded a penalty kick. Although commentators pointed out that it was perhaps an arguable penalty, Nadeshiko took the opportunity in stride, and with Sugasawa striking in the opposite direction of where Alexander was diving, scored another goal.

It was only in the last 20 minutes of the game that Scotland seemed to pick up the pace. There was a threat, for example, from Erin Cuthbert at the 78th minute, when she shot a powerful strike which hit the goalpost.

There were several penalty appeals throughout, with the most vocal request from Scotland coming at the 84th minute when a ball appeared to hit the arm of Risa Shimizu, but the referees didn’t award Scotland the penalty.

Despite being visibly rattled by missed chances, the Scottish team led by Lana Clelland managed to break through the Japanese defense and bring up Scotland by one point.

As the game drew to a close after 91 minutes, it was clear that Japanese coach Asako Takakura’s gamble of a more aggressive attack strategy had payed off.  Scotland was left to contemplate its slow start, frustrating penalties and missed chances. This was the third time Japan and Scotland have played against each other, with all three matches won by Japan.

The next matches are scheduled for Thursday June 20 at 4 A.M. JST, when Japan will face England, and Scotland will play against Argentina. Japanese fans will have to see if Nadeshiko manages to keep up the momentum they have built in the brilliant match against Scotland.