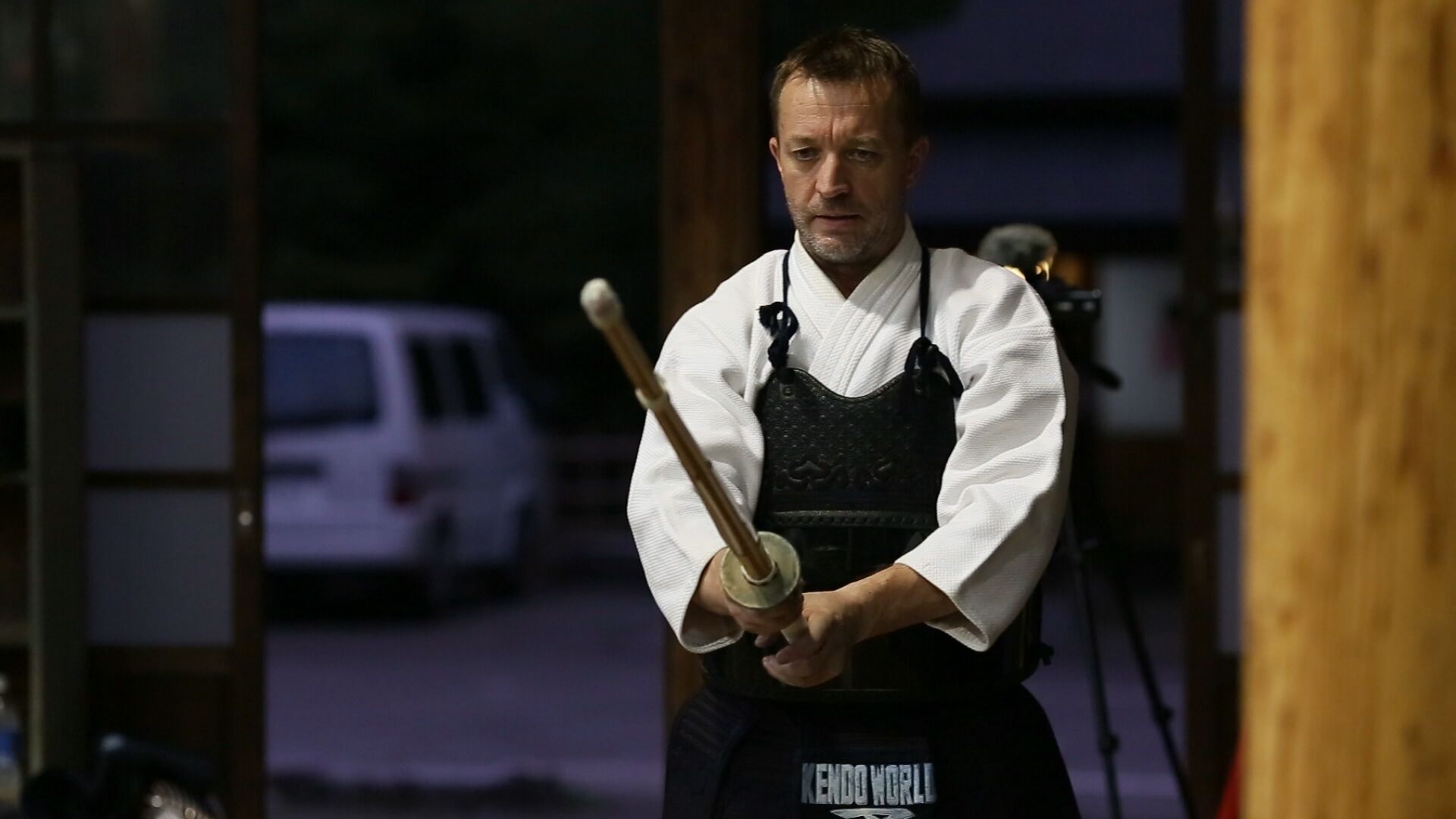 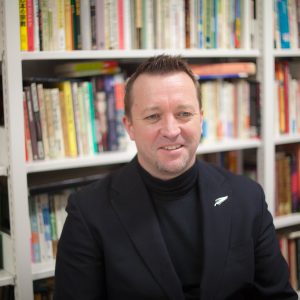 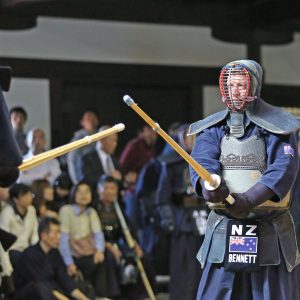 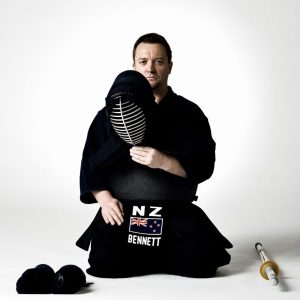 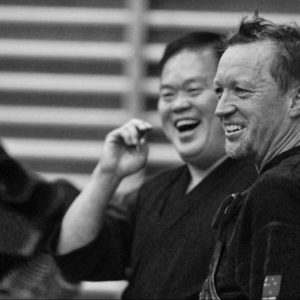 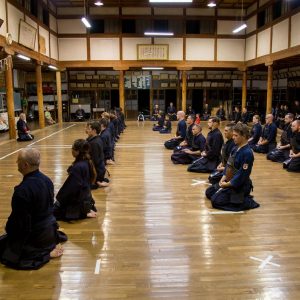 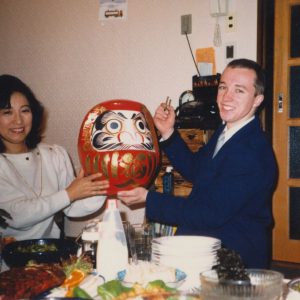 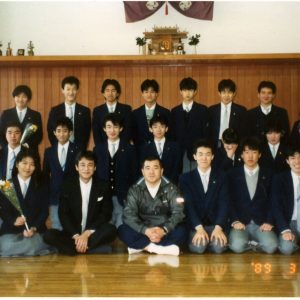 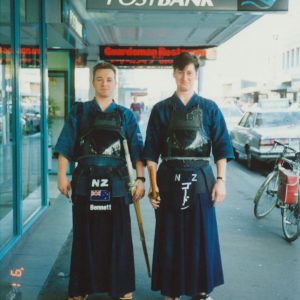 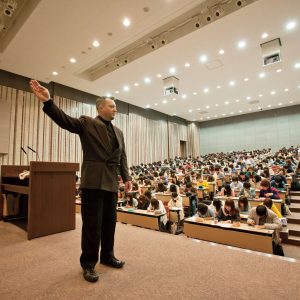 When I was 17, I spent two years abroad in the U.K. The experience was like cracking my brain open to let in a million new feelings and sensations. It brought home how the warm memories and challenges at a young age can form us in unpredictable ways.

In 1987, in Chiba City near Japan’s capital Tokyo, a 17-year-old boy from New Zealand arrived in Japan on a Rotary Club exchange program. Almost by accident, he started kendo, one of the main martial arts in Japan.

Thirty years later he lives in Japan, and is a kyoshi (7th dan) of kendo.

In that time Alexander Bennett acquired two PhDs in bushido-related subjects, top ranks in multiple martial arts, coaches the New Zealand national kendo team, and editor in chief of the only kendo-related magazine in the world. He holds the ranks of 5th dan in iaido, naginata, jukendo and tankendo, and ranked second at the World Naginata Championships in Japan in 2011.

JAPAN Forward sat down and caught up with the man.

“I started almost by accident. Initially I wanted to do football, but then I saw the field and it looked like a desert, so I decided not to,” Bennett said, laughing airily. Then he recounted that, after a suggestion from his host mother, he went to see kendo.

“It looked very exciting, like Star Wars. But, also, it was kind of scary at the same time, especially when you don’t know what is going on. It looked painful, it looked violent.”

His half-hearted decision to give it a shot then became a full commitment to the sport almost every single day.

Professor Bennett joked: “Like many clubs in Japan, it consumes your life. It’s like checking into the Hotel California,” referencing the 1976 Eagles hit song: you can check out anytime you like, but you can never leave.

Initially, affection for his peers kept Bennett going. However, it wasn’t long before the sport got under the 17-year-old’s skin: “I had a session with my sensei where he drilled me for an hour. I was destroyed, but I was hooked.”

Often, the first reaction after the end of an intense experience might well be relief, and that seems to have been the situation in Alexander Bennett’s case when he went back to New Zealand after his year abroad. He had gotten his black belt and expected to end his martial arts experience there.

But it wasn’t as simple as that. “After a couple of months, I started becoming restless, I was suffering from withdrawal because I had quit cold turkey,” he said, joking.

Despite his green age of 18, and having done kendo for only a year, Bennett decided to set up his own kendo club in Christchurch, which still exists to this day. But the kendo aficionado admits he quickly became aware of his own limitations.

“I didn’t know how to teach or express the things I had sort of picked up. But many people kept coming and asking many intelligent questions. I started to realize that if I wanted to do this, I’d better do it properly. So I came back to Japan just to study kendo.”

That was only a year after returning home to New Zealand. So, just as the Heisei era was about to open in January 1989, Alexander Bennett landed in Japan and started his journey to learn kendo once more.

The Uniqueness of Martial Arts

The kendo enthusiast has spent the larger part of his career studying, practicing, and pursuing personal improvement through martial arts. It’s undeniable that these disciplines have a mysterious pull, but how to explain it to a layman?

The New Zealander puts it down to the art’s unique evolution. “This form of culture has its roots in extreme violence, in killed and be killed. Now it’s less a form of violence, but a way of improving oneself.”

Eventually, he argued, it became a “tool for teaching Japanese kids in school about their own traditional culture, giving them a sense of Japanese identity through the martial arts, to something which has equal value and significance to people who are not even Japanese.”

Bennett is also a published author. In fact, he has made it his mission to explain what is interesting about bushido to the layman in his book, Japan The Samurai Survival Guide (Tuttle, 2018).

“I sometimes refer to Japanese martial arts as some of the most successful cultural exports ever…. More people practice martial arts outside Japan than in Japan. It’s not because they want to be Japanese, but because [martial arts] have universal lessons, knowledge which is applicable to anybody regardless of their race, creed, and religion,” he said.

Yes to the Olympics, But Let’s Not Forget Tradition

Many like Alexander Bennett have fallen in love with martial arts, and in recent years the pace is picking up. Karate will make an appearance at the Tokyo Olympics and Paralympics 2020 for the first time ever.

Naturally, with increasing exposure can come problems. On this, the professor goes so far as to say: “I personally don’t like...what the Olympics stand for anymore. I think it was originally the promotion of participation and the amateur spirit of showing respect for your fellow athletes.”

The biggest pet peeve for Alexander Bennett? The euphoric celebration following the winning a match. “Grace in defeat and humility in victory — that is the essence of budo, how it’s supposed to be. As today’s one day and tomorrow is a different day, you must always be seeking to improve yourself.”

Although he acknowledged the hard work the athletes do, he highlighted: “The champions commit all they have to excelling at the sport, they are incredible athletes and they...deserve the result. But...they owe it to the martial art, be it karate or judo, to maintain those traditions.”

As an example, Bennett cited the Tokyo Olympics of 1964, when the martial art judo made its debut as an Olympic sport. The most prestigious category was considered to be the open weight class, the crown of all the divisions. And to some extent the medal was expected to go to Japan as until that moment judo had been the Japanese national pride and dominated by Japanese athletes.

To general shock, the last match came down to Japanese Akio Kaminaga and Dutchman Anton Geesink. And when the Dutchman held Kaminaga in the final hold — sealing his spot at the top of the podium — one Dutch supporter made his way towards the rink in celebration. Given the unprecedented moment, the jubilation was understandable. But this is something which in judo is considered “pitch invasion.”

Here’s the twist: Geesink gesticulated for him to stop and allowed Kaminaga to get himself together before bowing and rising as winner. David Goldblatt, author of The Games: A Global History of the Olympics (Macmillan, 2016), summarized the Japanese reaction: “The audience rose, applauded, and never forgot this act of grace.”

With that message in mind, we parted with Alexander Bennett. He shook my hand vigorously, smiled warmly, and picked up his kendo bag on the way out. He had just came from teaching a class at Keio University, he said.

As he left, it seemed almost counterintuitive to me that someone who isn’t Japanese should have become such a passionate advocate for “Japan’s most successful cultural export.” Yet perhaps that is what understanding culture is all about: absorbing when you are young, learning, and making a new reality your own.