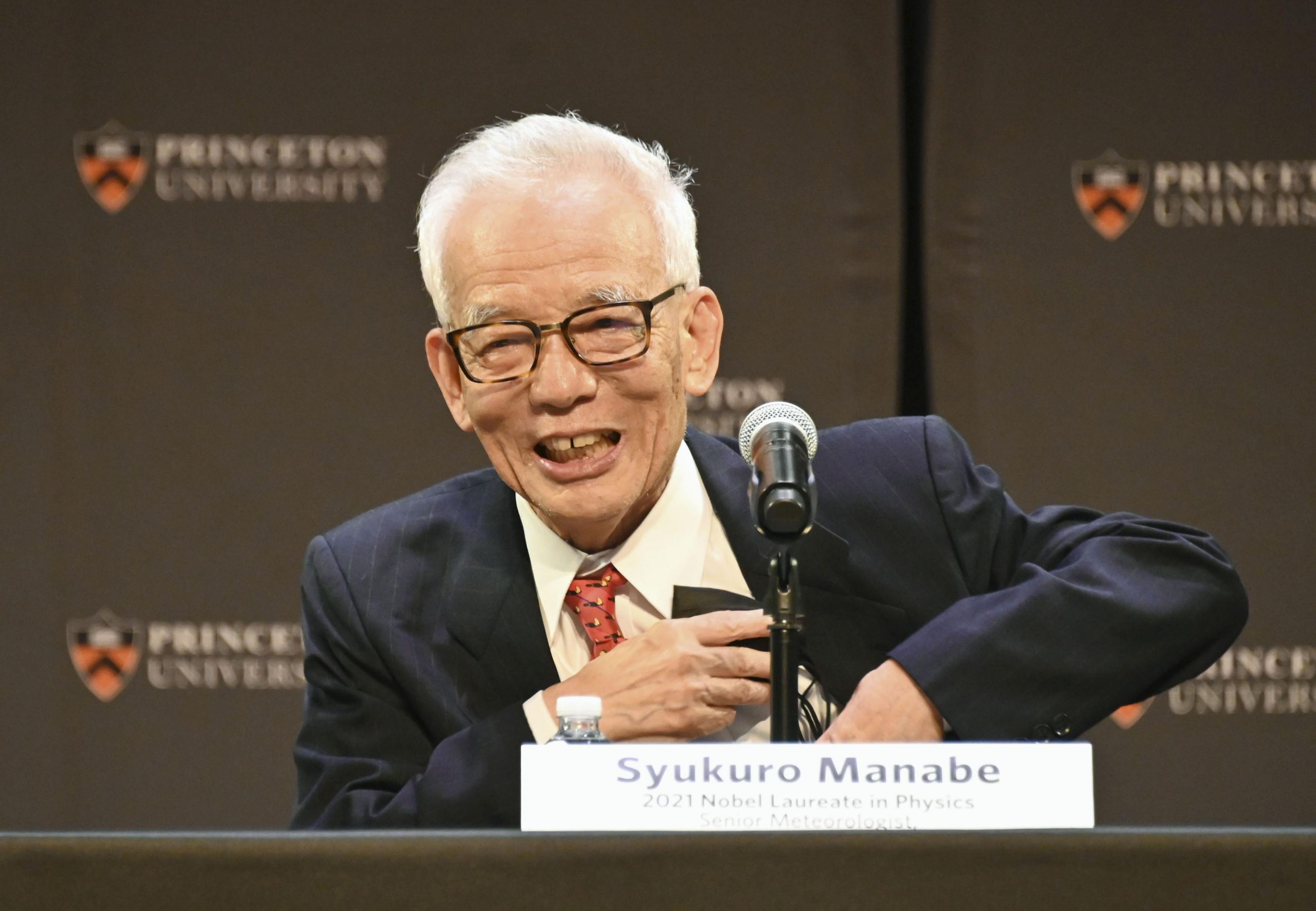 Princeton University scientist Syukuro Manabe was jointly awarded the 2021 Nobel Prize in Physics, it was announced on October 5 by the Royal Swedish Academy of Sciences. The recipients were awarded for their “groundbreaking contributions to our understanding of complex systems”.

Congratulations on your award.

How do you feel?

Completely surprised. I never thought in my dreams that I would win such an award. The Nobel Prize in Physics usually goes to something that is “straight physics.” To win the award for research on climate change really surprised me.

It may be rare to win a Nobel Prize in Physics for research on climate change. Why do you think your research topic was rated so highly?

I don’t know why I was chosen, but I think I won the prize because I was the first to develop a (numerical) model for researching climate.

Do you think the issue of climate change has gained more attention due to the continuation of natural disasters across the world?

I think so. But as you know, there are all kinds of climate-related changes happening now. Which is why I think the judging committee chose climate research.

When you started your research, did you imagine that climate change would be as major an issue as it is today?

No, I had absolutely no idea that it would be this serious.

You have been researching for more than 60 years. How have you overcome problems relating to your research?

I haven’t really had this issue. I enjoy researching climate change so much. Perhaps there were a few difficulties, but overall, it’s been a very interesting life.

What are your future predictions regarding climate change?

Heavy rain will be more common. And also, global warming. The North Pole is seeing significant global warming, sea ice is decreasing and I think this trend will get increasingly worse.

Do you have a message for young researchers?

Research funding can be a challenge, but the key thing about research is to have curiosity. To look at something and wonder why it happens. I think that is the best and most important aspect of research.

Have you spoken to your family about the prize?

I would never have been able to do this research without my wife’s support. I am so grateful for everything she has done, such as educating our children for example. She was very pleased about the prize. I don’t think she thought that I would win something this grand.

So, you and your wife won it together?

I hear that you have also told your two daughters? Any plans to celebrate?

Yes, I would like to do something. Maybe have a drink and enjoy the moment together.

The annual award by the Royal Swedish Academy of Sciences recognizes the person (in this case, persons) “who shall have made the most important discovery or invention within the field of physics”.  answered the following questions from his home in New Jersey, U.S. This year the award is jointly shared by Japanese-born Manabe who later became a U.S. citizen, Klaus Hasselmann (Germany) and Giorgio Parisi (Italy).