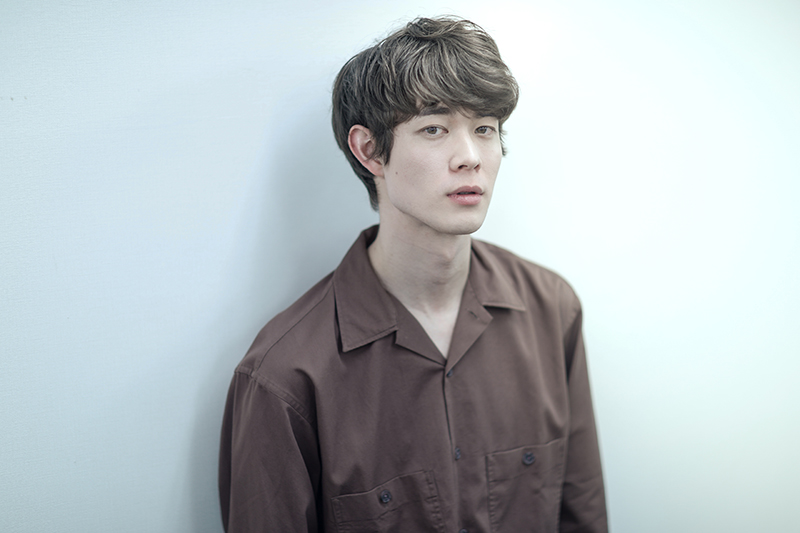 First performed in 1985 at the early PARCO Theater, the play Pizarro is making a return on stage this spring.

Originally titled The Royal Hunt of the Sun, written by the British playwright Peter Shaffer, the earlier version of the play featured Tsutomu Yamazaki as Pizarro, the Spanish conquistador, and Ken Watanabe as Atahualpa, the last leader of the Incan Empire. The play was largely known to have given fame and recognition to the then young and emerging Ken Watanabe.

Scheduled to run from March 20 to April 30 at the renewed Shibuya PARCO Theater, the latest version, directed by British choreographer and director Will Tuckett, features Ken Watanabe as Pizarro and Hio Miyazawa as Atahualpa.

In an interview with JAPAN Forward, actor Hio Miyazawa shared his insights on what it feels like to take up on a role once played by his childhood movie star idol, Ken Watanabe, in addition to his experiences growing up bilingual in a multicultural environment in Japan.

Can you please briefly introduce yourself for us?

My name is Hio Miyazawa. I’m 25 years old, and I act in Japan. I will be performing Atahualpa in the upcoming play Pizarro, god and king of the Inca in the 1500s. This is my fourth play, and also the second time taking part in a PARCO production after “豊饒の海” (hōjō no umi, or Sea of Fertility) in 2018.

What were your thoughts when you first found out you were going to be part of this theater production?

At the same time, there is a lot of pressure because I knew Ken Watanabe was going to be the lead actor. I’ve always loved him from watching The Last Samurai when I was six or seven, and that was one of my favorite movies. I remember him being so awesome, so he has always been my star and I never thought I would actually be able to perform with him. But here I am, acting with him.

There is a lot of pressure, but it is a great honor also because they had performed this play 35 years ago with Tsutomu Yamazaki, where he played the role of Pizarro and Ken Watanabe acted as Atahualpa. And this time, Ken-san is Pizarro and I’m Atahualpa, so that is amazing — something that does not happen very often — so I’m very excited.

It’s a huge script. How do you memorize your lines?

It took a long time — I would just walk around my house with my script in my hand, reading it over and over again. And then I would put it down, and start reading it again. I had about a month prior to the first day of rehearsals and I took my script everywhere and I would spend at least three hours a day reading it. But also, during rehearsals, the lines do change, and it is harder to forget lines and to memorize them again, because I have to try to get rid of the ones that are already in my head and to replace it with a brand new line.

Speaking of rehearsals, as director, Will Tuckett gives directions in English. I noticed you occasionally translate for other cast members. What is it like working with a foreign director, but at the same time, your lines are in Japanese?

It is actually easier for me because I can talk to the director firsthand, while other people have to go through a translator. Our translator is great — she is doing a perfect job. But it is impossible to always translate 100% because, at the end of the day, they are two different languages, we have cultural differences. And especially because he is a fast speaker, it makes it harder for the translator to catch everything.

Luckily, I am able to catch everything so it is so much easier for me, and the same applies to Ken-san. But I guess it is a little challenging, since the lines are in Japanese, which means I have to switch my brain? Not sure how it works, but it is that instant switch.

Are there any characteristics in Atahualpa that you particularly relate to, or not relate to?

To be honest, it is hard to relate to Atahualpa. He not only believes he is God, but he is the son of the Sun and also the king of the Inca Empire. It is hard to fully relate to all of that.

However, he is very curious and I am also curious myself. I love to learn new things and that is also one of Atahualpa’s key characteristics. As the king of the Incas, he meets Pizarro and all other Spanish people, who offer him a lot of new knowledge. Atahualpa is open to all of them, so there is the curiosity aspect.

I also find it interesting how, while representing God and the leader of a large empire — a position which I think makes it hard to accept new things — he was still really open to let them in. Although that is what eventually hurts him because he gets betrayed. Until that point, curiosity is what makes him more human, and as well as a bigger individual.

As the King of Incas, Atahualpa led 24 million people. What about yourself? Would you say you are the type to take leadership?

Not exactly. But I was the team captain for a baseball team back in elementary and in high school, but that’s about it. In the play, though, as Atahualpa, they all worship me and serve on my behalf, so that has been a fun experience.

The story portrays cultural clashes between the Incas and the Spaniards. Growing up bilingual and in a multicultural environment, have you ever had any experiences dealing with cultural clashes yourself?

I have, and especially because I feel that Japan is a very secluded country as it has experienced Sakoku (national isolation), which I believe has had a huge impact on Japanese culture and education. In Japan, you are taught to follow the mainstream, everybody should have the same thoughts, the same answers to the same questions…. I’m not saying that is necessarily bad, but it is very different from what I have experienced growing up.

The school that I went to, for instance, you had to have different answers from your peers — it was the critical thinking aspect that was important. It was never a huge issue, but I had problems growing up because people didn’t exactly understand that idea.

Has that affected your acting career in any way?

Ever since I started acting, I noticed that, in Japan, the director always tells us what to do and actors aren’t really allowed to offer new ideas. To an extent you can, but Ken-san was saying the other day that in the [United] States, it is not only up to the actors to think and plan their acting, but they also actively offer new ideas, even if they don’t work out in the end. So Ken-san feels that, in Japan, he can’t exactly open up to directors or the staff — and I sometimes feel that, too. It is a little scary to offer something, knowing that it will get turned down, because that is usually the case.

What about this production?

So you would say you feel more “at home” with this type of crew?

Switching to more personal questions, can you please take me through your childhood?

I was born in San Francisco in 1994. I never lived in the States in my youth, but my mother’s side of the family all live in the States, so that is why she had me there. I came back to Japan when I was three or four months old. I attended an international school from kindergarten all the way up to high school. I played baseball for a Japanese team because our school didn’t have a baseball team.

How was it like studying at an international school in Japan?

I really enjoyed studying at an international school because we had a lot of people from different countries. We had kids whose parents were CEOs of big companies. I would go to their houses and they would have pools and everything, and that was very non-Japanese-like.

Also, the good thing about going to an international school is that they have seasonal sports, just like what they have in the States. In my case, in the spring, I would play baseball; in the fall, I would do cross-country; wintertime, I would just work out; and then baseball again. I was able to experience a lot of different sports and fine arts, so I really enjoyed that. For college, I went to UCSC, University of California Santa Cruz, for two years, came back to Japan in 2015, went to ICU, International Christian University, for two and a half years, and graduated in 2017.

When did you start your career in this industry?

I started modeling when I was still a student at ICU, and that was really tough because ICU has a strict attendance policy. As a model they would put in [eye] drops during the daytime, and I would have to be absent for my classes. Professors obviously would find out that I was not there. But that all worked out in the end. Took me a little bit longer than expected, but I did graduate in 2017. After that, I started acting and it’s been…two and a half years already? Went by fast.

Since you speak both Japanese and English fluently, in what language do you usually dream?

It really depends, but right now, in Japanese. I have been having dreams about this play every night. Ken-san is in it every night. I run the play in my dreams, which is a first. It does happen just a couple days before the first day, but for this one it has been going on for about two and a half weeks? Three weeks? Longer than usual, but it’s all right. It means that I am really focused and I have the right mindset.

Where do you see yourself in 10 years?

That’s a hard question. I’m 25 right now, so I’ll be 35 in 10 years…. I met Ken-san for the first time for this play and I’ve learned a lot from him, including what it is like acting in the States. I really want to try working abroad, not just in the States, but also in other English-speaking countries and places, including America, Europe, Australia, and New Zealand. A lot of filming does happen in Australia and New Zealand, so that would be great. So, I guess somewhere abroad in 10 years.

Can you please give a message to your audiences who are looking forward to the play?

The play Pizarro is starting very soon. We’ve been rehearsing for about a month and a half, with a great cast and a great director. We are also opening for the PARCO Theater in Shibuya, so it would be great if you guys could come see our performances at the newly opened theater. I’m looking forward to meeting all you guys!