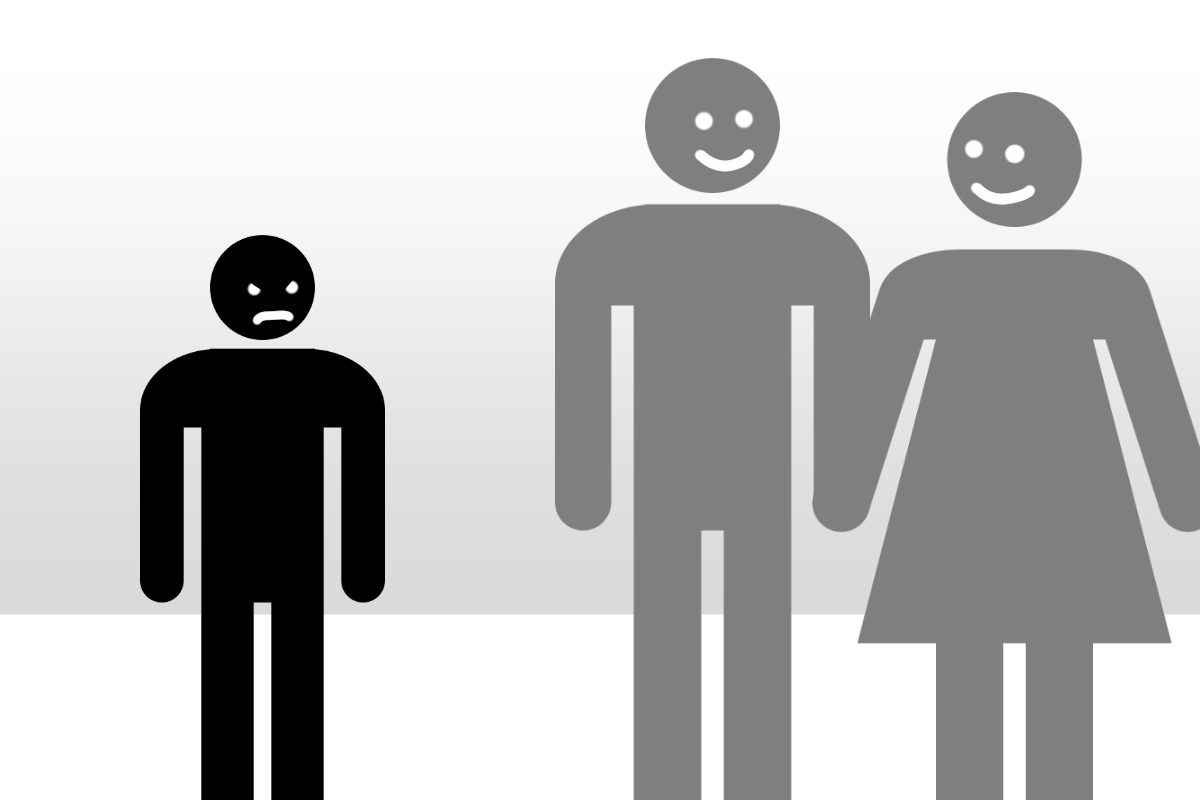 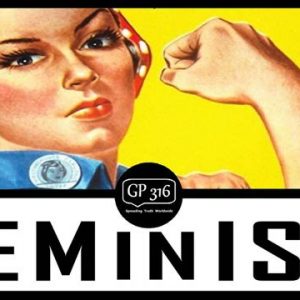 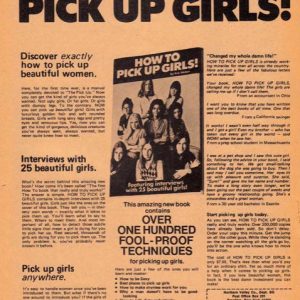 A common misconception people hold about Japan is that it is a weird place. Particularly where male-female relations and sex are concerned. The stereotype is padded with images of middle-aged men playing sexualized role-playing games on the Playstation, and kinky ladies in pleated high-school skirts and knee-high socks, fooling nobody.

The oft-derided Japanese man is held up as a singular creature among the men of the world. He, unlike his Adonis-like counterparts in the West with their great big bulging biceps and metrosexually perfected bodies, is laughed at and mocked if he decides he no longer wants to take part in the mating game and retires to his quarters. When a Japanese man goes MGTOW, he’s reviled as a “grass-eater” herbivore or so-shoku danshi (no relation to Vegans).

Now, in a reversal of status, the Japanese herbivore man is praised online by sections of the “Meninist” community as visionary heroes. Solitary soldiers who have denounced a morally bankrupt society, going their own way by bravely forging a new, more enlightened path ahead.

MGTOW is an acronym for “Men Going Their Own Way.” MGTOW is part-online community, part-men’s therapy center. It is not a centralized organization but an idea that flits in and out of existence, according to relevance. It’s the haven that men seek when they feel alienated in the new post-modern feminist Western culture.

MGTOW comes to life online when Procter & Gamble releases a new Gillette advert/PR statement about how society must correct “toxic masculinity.” MGTOW also becomes too real for comfort when “incels” like Elliot Rodgers, take a gun and shoot people up because he can’t get laid.

Meninists — as  PUAs, MGTOWs, and Incels

Broadly speaking, the “Men’s Rights” or “Meninist” movement rose out of online forums like Reddit, where men felt safe enough to confide in each other about the ostracism they faced in postmodern society. It can be split into three subgroups. 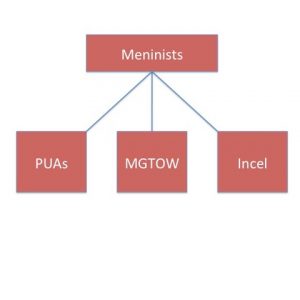 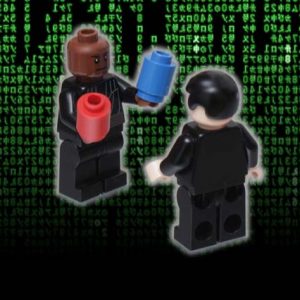 The core belief they all share is some rendition of the idea of taking the bitter-but-true “Red Pill.” Taking the “Red Pill” as opposed to the “Blue Pill” is an allusion to the movie The Matrix, to see and to accept, to face reality.

But what is that reality? Well, it depends on who you are — and what isn’t reality?

According to Meninist philosophy, what isn’t reality is that girls “just want someone nice.” Meninist philosophy’s take on girls is that they don’t choose a man based on how nice or charming he is. Girls desire to be with the bad boy, the one who treats her with indifference. Further, as girls become women, they become more hypergamous, switching partners based on hard-nosed metrics, such as money, status (and fame), and looks. Women claim that personality is crucial, but it seems that by “personality” they really mean “social standing.” When women reach their 30s, they may come to realize their natural limits and finally settle down with “someone nice.”

So when a man takes the Red Pill, he will remove the blinkers on his mind shaped by years and years of sustained influence from Hollywood movies and pop music, as well as general social conditioning. Social conditioning? Here’s an example from your author: I received social conditioning from my mother when I got into a physical fight with a very irascible girl in Saturday school at the age of nine. My mother stopped the fight and lambasted me, telling me I should not fight girls and that I must be nice to them. This is likely a generally accepted social principle, but stands in direct opposition to the principles of equality espoused in feminism.

Earlier I wrote, “Reality depends on who you are,” For me, my social standing was never particularly high, but I was ambitious and wanted many girls. I discovered online the “PUA” or “Pick-up Artist” community. Feminists typically detest this community, accusing the men of misogyny and deception to manipulate vulnerable women into bed.

PUA philosophy does have some countercultural qualities in its similarities to gangsta rap’s objectification of women and American pimping culture. But in its defense, PUA teachings also espouse valuable lifetime virtues, such as building mental strength and rolling with constant rejections — important qualities for any businessman operating in a competitive environment. Successful PUAs discover for themselves approaches that work for them in capturing women’s attention, and their hearts.

On the far end of the table are the “incels,” short for “involuntarily celibate.” Incels take the Red Pill and see a much more despairing reality: that they are genetically inferior men destined to fail in their search for a partner, and will ultimately be weeded out of the gene pool. Fighting against nature is futile. The incel community is where “meninism” is most controversial, with terrorists like Alek Minassian in the Toronto Van Attack, where the suspect ran over and killed 10 people and injured 16. The incel Reddit has subsequently been banned.

Somewhere in the middle lies MGTOWs. Under MGTOW philosophy, men are urged to rid themselves of the expectations foisted upon them by society. Their orientation is towards independence and freedom, with strong parallels drawn to the libertarian movement’s cause of reducing government, taxes, and harassment from others. Although there is no central authority, MGTOW exists as a hashtag used by MGTOW influencers like “LFA,” and even acknowledged  by Jordan Peterson. Their slogans are awkward and funny, like “disregard females, acquire currency” — a hat-tip to Tupac Shakur’s classic “F*** B****es, Get Money.”

MGTOWs typically repudiate PUAs as piddling lechers, slaves to the twin sins greed and lust. Instead, MGTOWs aim to achieve financial independence as quickly as possible by avoiding female contact in sexual contexts, particularly single mothers looking for a long-term partner, for obvious reasons, so they can maintain financial independence. 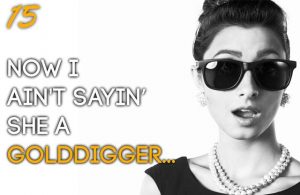 Love as a concept itself is interpreted differently in Japan, and fidelity on the part of the man isn’t so much expected as with women (sexless marriages and hostess bars are part and parcel). So trying to use the Meninist framework to compare Western men with Japanese is like comparing apples with oranges.

One useful way of comparing Western to Japanese women is in analyzing the case of Julien Blanc. Blanc is a PUA who travelled to Japan to conduct boot camps for the local market (PUA influencers build a reputation online and meet with would-be PUAs offline for paid bootcamps). Blanc filmed himself “picking up” Japanese women by forcefully kissing convenience store clerks and even simulating strangulation on women he found on the street. He even claimed, “If you’re a white male in Tokyo, you can do what you want.”

The curious thing about the case of Julien Blanc is that he was never formally prosecuted in Japan. None of the women he did this to filed charges of sexual assault. Yet, when videos of his antics went viral, there was an uproar in Australia and the United Kingdom. Demonstrations followed. He was subsequently banned from entering those countries (along with Singapore), despite the fact he was never prosecuted for a crime.

In Japan, Julien Blanc was not a big deal. Forgotten, like the last time you blew your nose.

One Japanese acquaintance of mine gave a fine third-party assessment of male-female relations in Western culture: “Meninism and feminism seem very antagonistic and adversarial. Japanese herbivore men still love women. They just have a hard time dealing with the stress.”

If hate begets hate, then passivity begets passivity. Japanese culture, ever tranquil, even in skirt chasing.