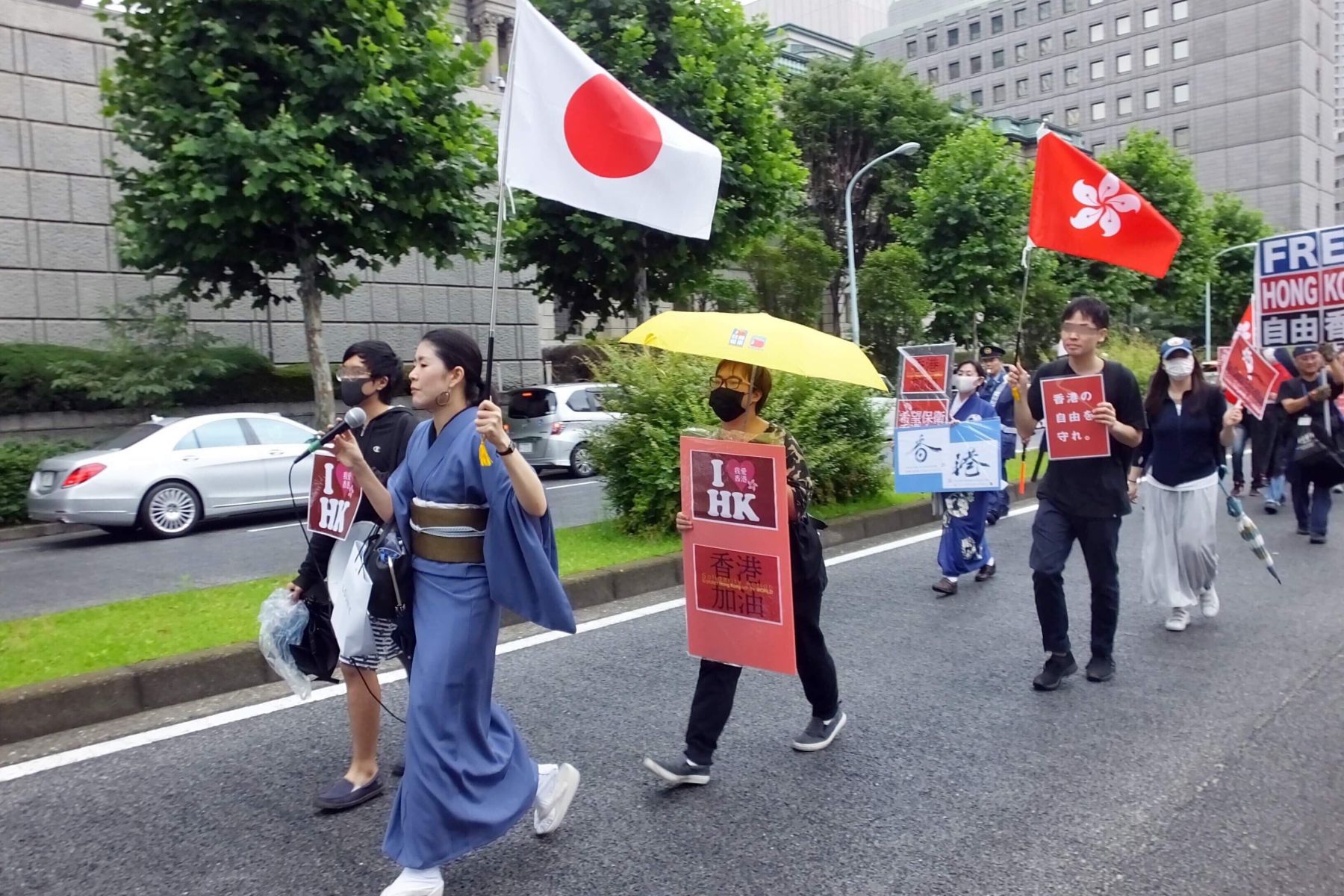 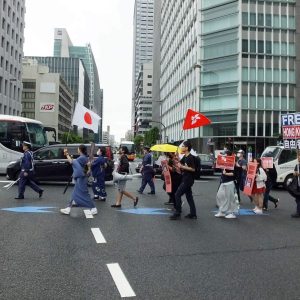 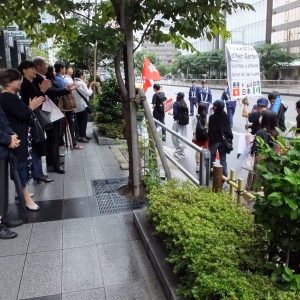 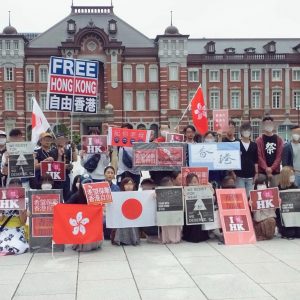 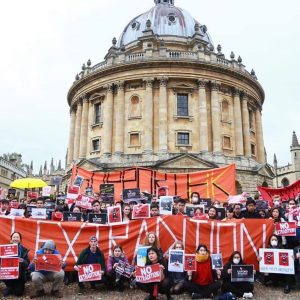 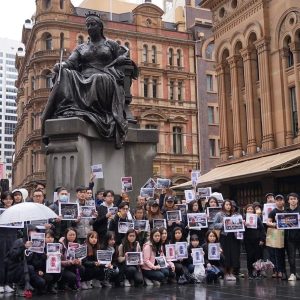 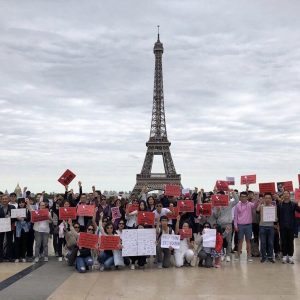 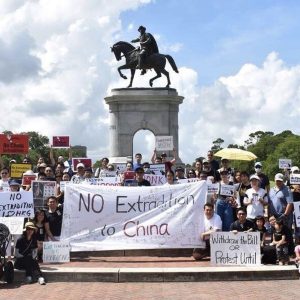 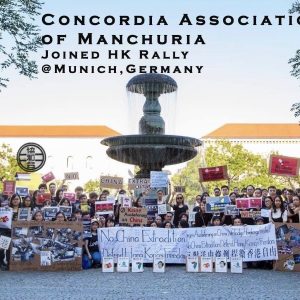 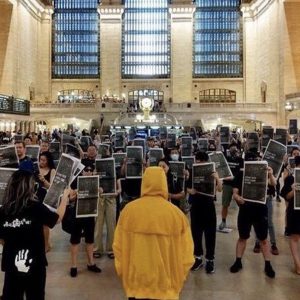 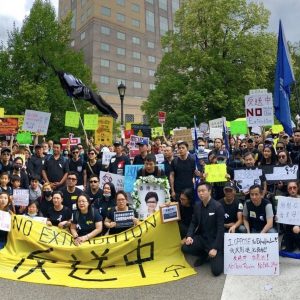 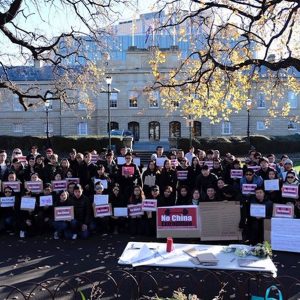 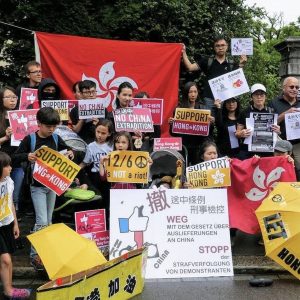 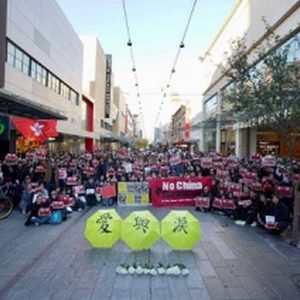 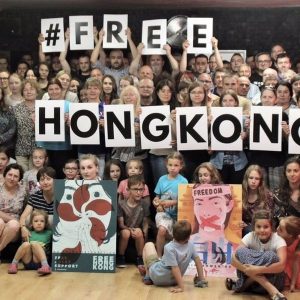 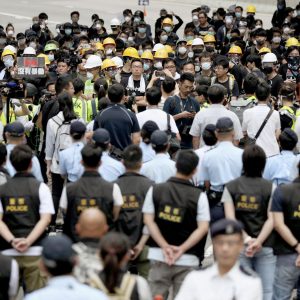 Twenty-two years have passed since the handover of Hong Kong to China from British rule, and large-scale protests have been taking place against the Hong Kong government.

Hundreds of young people forced their way into and occupied areas of the LegCo (Legislative Council), Hong Kong’s parliament. They were forcibly removed by security forces on the morning of July 2.

As the clashes between the people of Hong Kong fighting for freedom of expression and the forces of law and order becomes more and more violent, a Japanese woman calling for solidarity for Hong Kong has gained public attention.

Why does 25-year-old Suzuko Hirano, who had no previous connection with Hong Kong politics, support and organize protests from Japan?

A Yamato nadeshiko (the personification of an idealized Japanese woman), Suzuko said, “I pray there will be no more victims in Hong Kong. However, I hope they will not renounce their democratic rights. I want the world to stand up and protect Hong Kong.”

JAPAN Forward sat down with Suzuko to hear her story.

Until three weeks ago, I was no different from your average manga-loving 25-year-old. However, that day I set off on a journey around Japan to support Hong Kong.

“That day” was June 13. For the first time in my life, I found myself taking part in a protest for Hong Kong. When I learned about the situation in Hong Kong via social media, I couldn’t stand by and do nothing.

My friends in Hong Kong were fighting for their rights. When I saw the Hong Kong I loved so much crying out, I couldn’t help but take part in the protests. I am thankful to the organizers.

I learned there was another protest in Nagoya on June 14. I found out at the last minute, six hours before it was due to begin. However, without a second thought, I left work to catch the next Shinkansen leaving Tokyo.

I gave a speech at the protest in Nagoya, asking for the world to help and protect Hong Kong. Someone kindly recorded it. When I posted the speech on Twitter, I received many comments of gratitude from Hong Kongers living in Japan.

I wanted more people to see it, so I got it translated, and published a translated version. There was a huge response. It was shared 6,500 times and watched 400,000 times, and I received messages from 1,500 Hong Kongers.

When asked why I went to Nagoya and participated in the protest, I could only reply, “Friend, it is because I love Hong Kong.”

I have lots of friends in Hong Kong. They always show me around, whenever I go there. They are kind, warm-hearted friends, and I love them so much. But, above all, I love the beautiful scenery there.

When I saw the Hong Kong I know and love on the verge of disappearing, and the faces of my friends weeping, I decided I would fight for Hong Kong until the end.

On June 16, there was a protest in Hong Kong. Two million people took part.

On June 20, I went to a police station to plan my first ever protest. I was incredibly nervous. That day, the people of Hong Kong were preparing to reject a deadline on an amendment to an extradition bill which would make it possible to send fugitives to mainland China, without the Hong Kong judiciary weighing in on the decision. They called for heightened protests if the bill was not rejected by 5 P.M. I waited in front of the police station in Tokyo, preparing for the worst if the bill was not withdrawn.

On June 29, I led my first ever protest. Given that I had no political experience and only limited experience in political demonstrations, the police were worried that it would not turn out well. But my spirits were raised by the many Hong Kongers who turned out to take part. Four media companies from Hong Kong also came, and I felt my wish for the world to help and protect Hong Kong was starting to become a reality.

Three young Hong Kongers committed suicide to fight for their freedom. Upsetting news stories such as these flooded in day after day from Hong Kong. Yet I had made a promise to fight for Hong Kong until the end. If I gave up now, it would be like giving up on Hong Kong.

The world is currently at a turning point. Are we going to live in a peaceful, free world, or one in which freedom of expression is lost?

Now is the time for me to stand up and fight. I will continue to fight for Hong Kong in Japan. Because I love Hong Kong, because I love Japan. I will not hide my face or name, and I will give my all to defending this country.

To everyone in the world: stand up and fight, for freedom, for the next generation.

I hope you will be courageous and brave. We will stand and defend Hong Kong together.