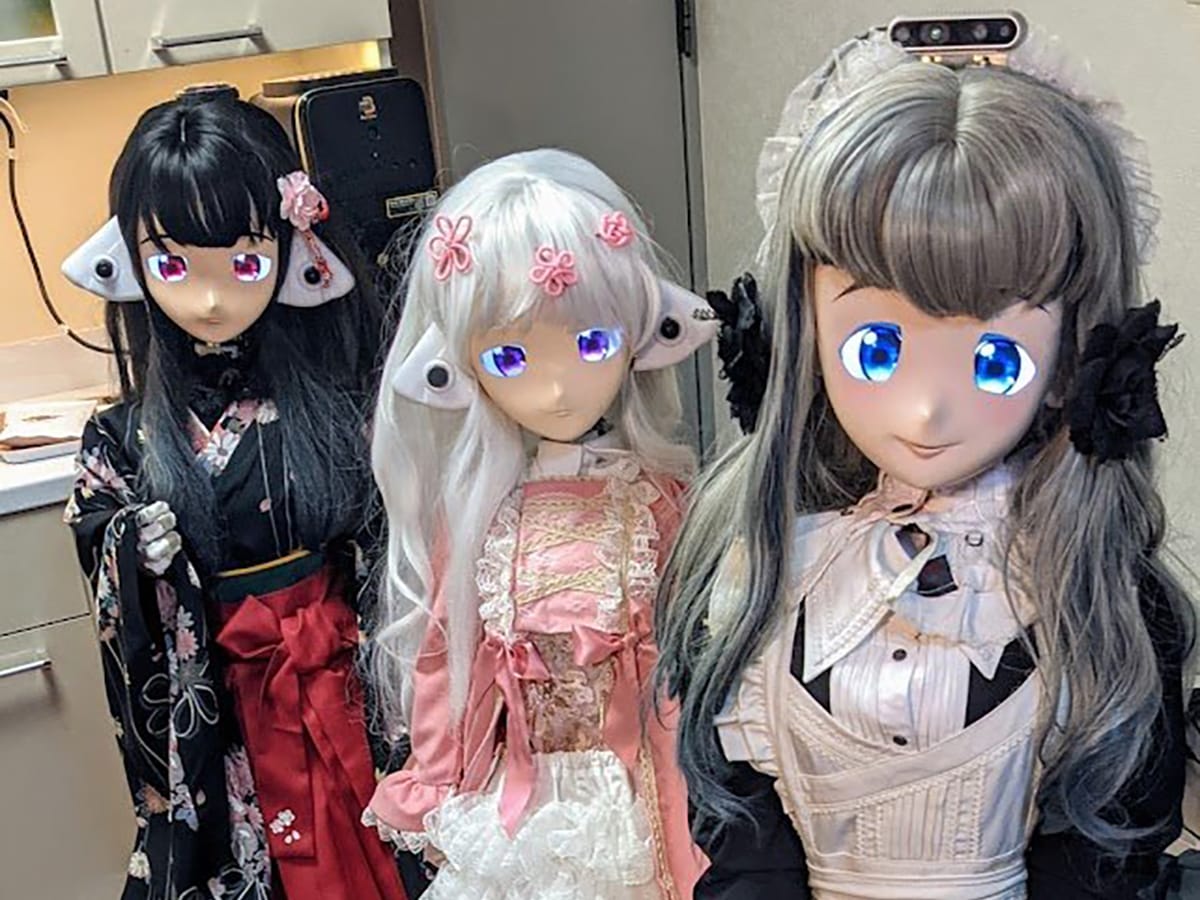 Ever since Rosie in The Jetsons, the concept of the maid robot has become synonymous with a fictionalized version of the near future. In Japanese manga, anime and games, maid robots have taken on a more humanoid appearance. Multi in the light novel To Heart, Mahoro in Mahoromatic, Cyberdoll May in Hand Maid May are a few who come to mind.

But what if you could have a maid robot in real life? This is the question and current passion fueling the creative efforts of Japanese robot hobbyist A_say, who runs the MaSiRo Project, which stands for: “Maid Apprentice Substantializing Ideal Robot.” MaSiRo (pronounced “mashiro”) is also the name of the project’s first maid robot.

According to his website, he dreams of a world where each household would have its own maid robot. However, as it would be very difficult to develop a maid robot that could actually move around and perform tasks in an entirely new and unknown place, he wants to set up a limited environment where maid robots can fully operate. The first testing ground will be a maid cafe, currently scheduled to open in Fall 2022.

Some of our readers may recall our article on the MaSiRo Project in 2019. Since then, MaSiRo has evolved and two twin sisters, CiRo (pronounced “chiro”) and CiYa (pronouonced “chiya”) were “born.”

This video, featuring English subtitles, traces MaSiRo’s development from her origins to her current state of development. A video focused on her sisters will follow. (Please note that the video shows images of MaSiRo’s mechanical workings. If you would prefer not to see that, don’t watch the video.)

Interest in the MaSiRo Project has picked up recently. On March 13th, 2022, it was featured on TV Asahi’s 発進！ミライクリエイター Hasshin Mirai Kurieitā (Advance! Future Creators). Moreover, in the past week or so, MaSiRo and her sisters have gone viral, appearing in English-language social media, featured by anime YouTubers, and earning them new fans as well as … non-fans.

We had a chance to interview A_Say to find out what he thinks about the sudden international attention his project has received, what has changed since the last time we introduced the MaSiRo project in grape Japan, and what his plans are for the future.

The rest of the article can be viewed on our partner’s website, grape Japan at “Maid cafes are just the beginning”: Maid robot creator reveals his master plan [Interview]”