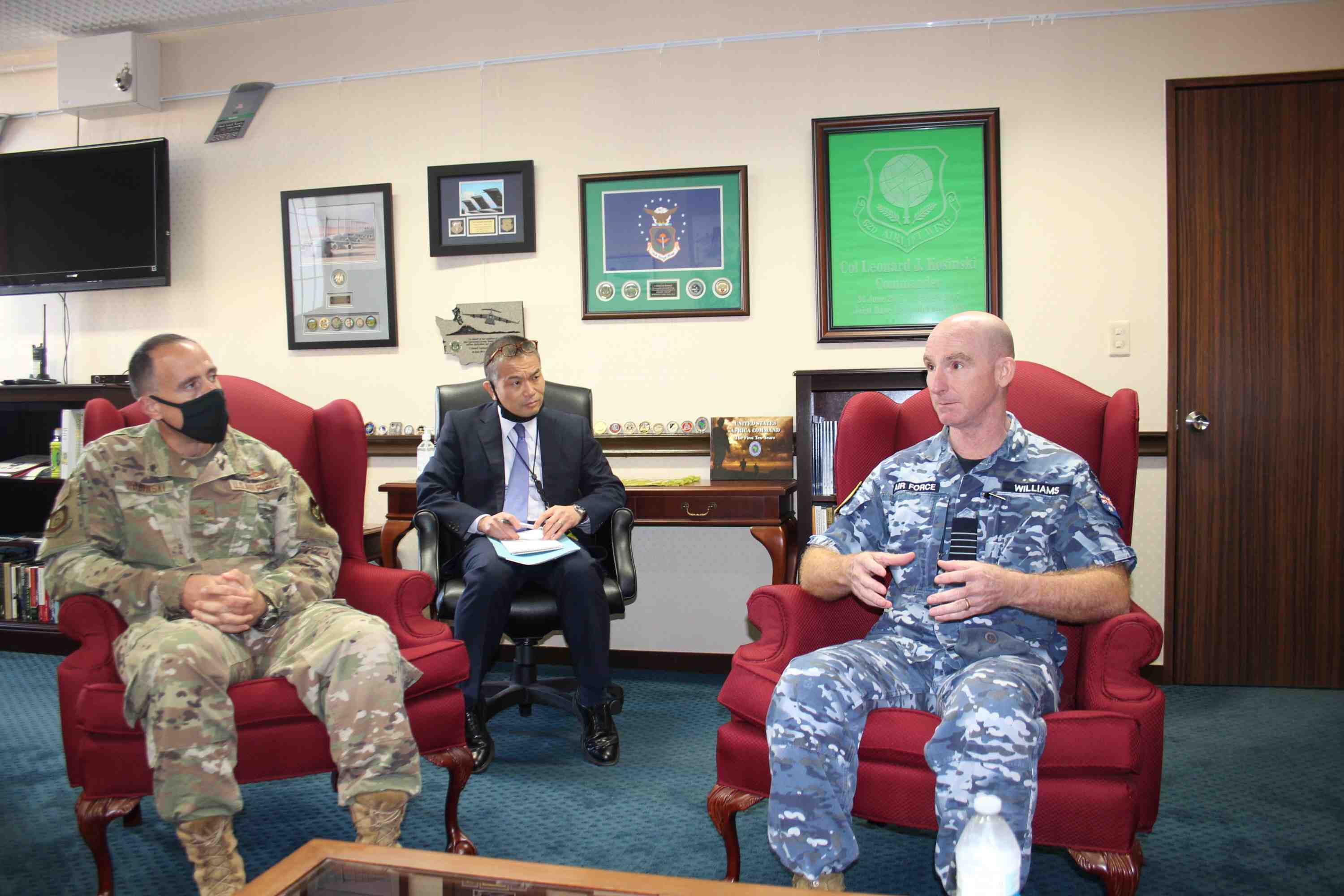 ~UNC-R will “fulfill its mission to maintain the armistice no matter what,  deter aggression by North Korea, and provide an avenue of communication between the North and South~

Seventy years have passed since the outbreak of the Korean War. Troops of the Korean People’s Army of North Korea began advancing southwards for surprise assault against the South in 1950, in a war that has yet to be ended. Today, in the face of North Korea’s repeated military provocations, the United Nations continues to maintain forces in South Korea (UNC), as well as in Japanーat the U.S. Air Force Yokota Air Base in western Tokyo .

Wondering about North Korea’s real intentions, The Sankei Shimbun caught up with Group Captain Adam D. Williams, head of the United Nations Command-Rear (UNC-R) post and a captain in the Royal Australian Air Force, for an interview at Yokota Air Base on October 1.

Williams said he viewed the provocations as moves aimed at “self preservation” of the Pyongyang regime, noting the possibility of the North going to war on its own is low. The UNC-R chief also gave high marks to Japan’s contribution in surveillance of Pyongyang’s efforts to evade U.N. sanctions.

In the interview, Williams told The Sankei Shimbun the UNC-R would “fulfill its mission to maintain the armistice no matter what,  deter aggression by North Korea, and provide an avenue of communication between the North and South,” emphasizing the significance of the U.N. forces.

Washington-Pyongyang negotiations over the North’s denuclearization have remained stagnant, while North Korea’s military menace has continued to grow. Some have pointed to a scenario that could potentially lead to war again on the Korean Peninsula. Nevertheless, Williams said, “posturing to gain advantage is commonplace, but war by traditional means is unlikely.”

He went on to say North Korea’s “The aim [of their military provocations] is survival of the regime, not rule of [South] Korea. There is no real prospect that they can win a war against the allies. And, I think, (Korean Workers’ Party chairman) Kim Jong-un is a very rational actor.”

On October 10 this year, North Korea marked the 75th anniversary of the founding of its ruling Korean Workers’ Party. While the country had suffered from the triple hits of “typhoons and floods, COVID-19 and U.N. economic sanctions,” Williams said he doesn’t expect any change in North Korea’s pattern of behavior. 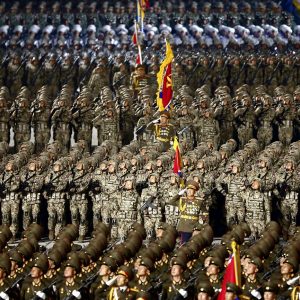 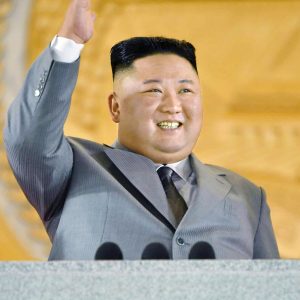 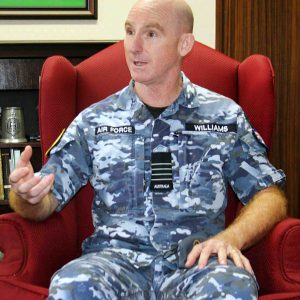 What’s the Mission of the UN Forces?

Based on the 1954 U.N. Status of Forces Agreement, the Japanese government permits the presence of U.N. forces at seven U.S. military bases and related installations in the country.

This is boosted by the additional presence of member states involved in U.N.-authorized surveillance activities, with the aim of preventing North Korea’s offshore smuggling operations by ship-to-ship cargo transfer in its bid to evade U.N. sanctions.

According to Japan’s foreign ministry, the number of landings of military aircraft and port calls in Japan by vessels of U.N. member states in Japan for the surveillance purposes jumped from 13 in 2015 to 46 each in 2018 and 2019. According to Williams, “Japan has provided the necessary bases for these operations and [through the Japan Self-Defense Forces] contributed to reconnaissance and surveillance activities.”

The United States, which commands the U.N. forces in South Korea, has alliances with both Japan and South Korea. However, there is no direct alliance relationship between Tokyo and Seoul, and concerns have been voiced over the impact of political conflict between the two countries on regional security.

Concerning what Japan should do in the event of a contingency on the Korean Peninsula, Williams said that the matter is “really a discussion that Japan needs to have with the Republic of Korea,” hinting at the necessity of a dialogue between Japan and South Korea on the issue. 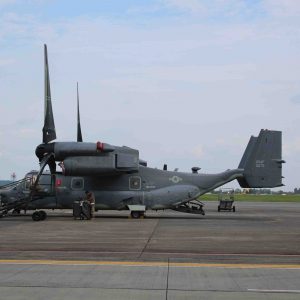 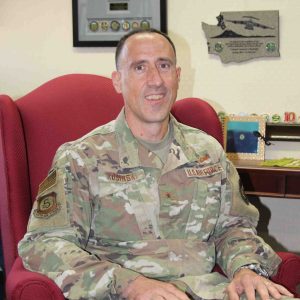 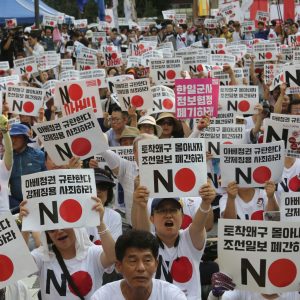 Brigadier General Leonard Kosinski, the vice commander of the U.S. Fifth Air Force (USAF) at Yokota Air Base, also participated in the interview. He stated, “The mission of the Fifth Air Force is to defend Japan. On the other hand, Japan plays an important role in the defense of South Korea.” Then he stressed, “Cooperation between Japan and South Korea is the key to regional security.”

The UNC-R moved from the U.S. Army’s Camp Zama in Kanagawa Prefecture to the Yokota Air Base in 2007 with the aim of strengthening collaboration with the U.S. military. In 2012, the Air Self-Defense Command of Japan’s Air Self-Defense Force(ASDF), which commands missile defense and fighter units, was transferred from Fuchu in western Tokyo to the Yokota Air Base for the same reason, to step up cooperation.

In recent years, the USAF and ASDF have been pushing ahead to achieve interoperability for humanitarian support and disaster relief, in addition to regional security cooperation such as joint exercises and training. An airlift wing of The U.S. military airlift wing has deployed transport aircraft at Yokota for this purpose, including CV-22 Ospreys.

Toshihiro Minohara, the president of Research Institute for Indo-Pacific Affairs (RIIPA), who is concurrently a professor specializing in Japan-U.S. relations at Kobe University, made an inspection tour of the base recently. As the RIIPA chief put it, the active posture of the UNC-R and close Japan-U.S. collaboration at the Yokota Air Base “together provide a strong deterrent to North Korea.”

On the other hand, referring to the cleavage between Japan and South Korea pointed out by UNC-R Group Captain Williams and others, Minohara said: “The current situation works only in favor of China’s interests, providing a potential regional security pitfall. In the face of current geopolitical realities, no time should be wasted in consolidating security cooperation between Japan, the United States and South Korea.”

The Korean War broke out on June 25, 1950, when North Korean forces invaded South Korea. Against the backdrop of the cold war confrontation between the United States and the former Soviet Union, the incursion developed into international armed conflict, turning the entire Korean Peninsula into a battlefield. In July 1953, an armistice was reached between three partiesーthe United Nations forces led by the United States, the Korean People’s Army of North Korea and the Chinese People’s Volunteer Army (PVA).

The United Nations Command, currently headed by General Robert Abrams (UNC/CFC), was established in 1953 to monitor implementation of the Korean War Armistice Agreement. Abrams also commands the ROK-U.S. combined forces and U.S. Forces in South Korea, and serves as commander of the U.S.-South Korea Combined Forces Command. The command of the UNC-R in Tokyo has been fulfilled by a senior officer from Australia, an ally of the United States, since 2010. He is joined by five resident personnel from U.N. member states.

The U.N. forces continue as an entity for enforcement of the armistice and rear command headquarters are set up at the USAF’s Yokota Air Base in Japan.

(Find access to the original article here in Japanese.)