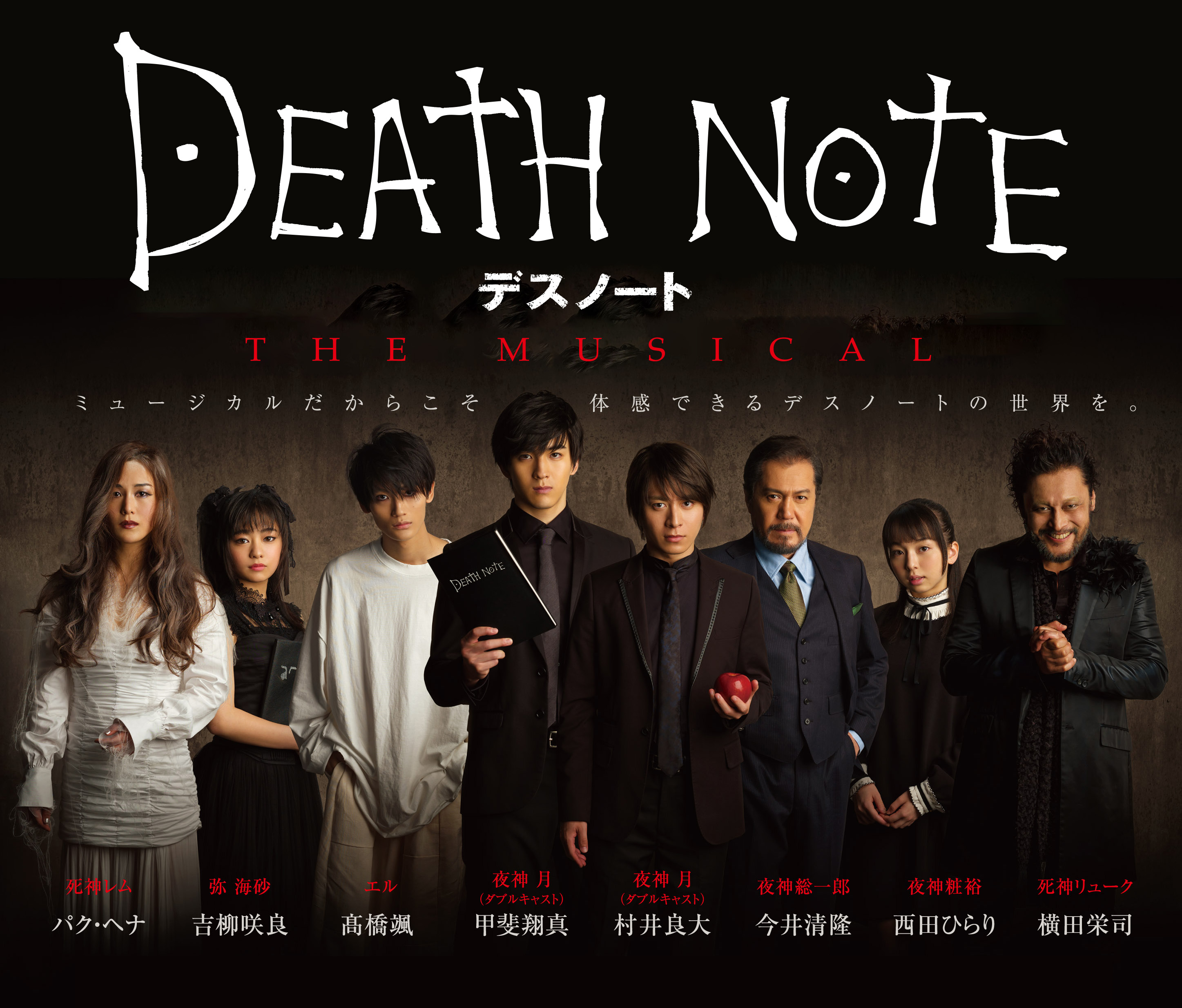 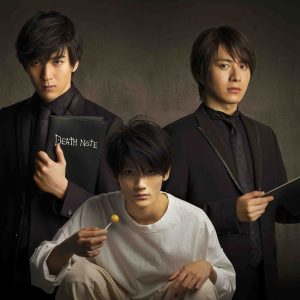 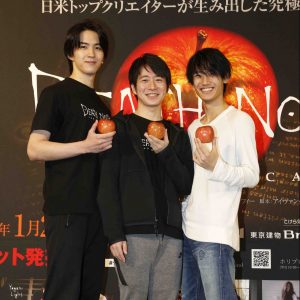 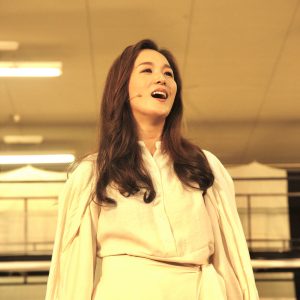 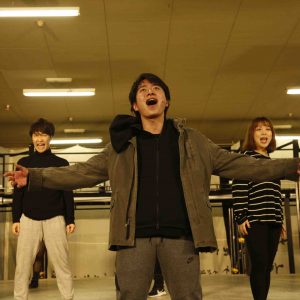 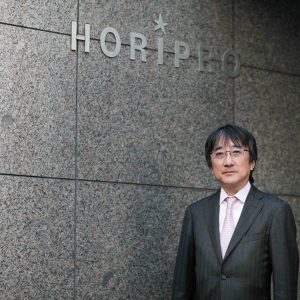 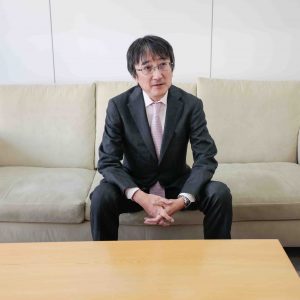 Based on the 12-volume manga series Death Note written by Tsugumi Ohba and illustrated by Takeshi Obata, Death Note: The Musical was first staged in Tokyo in 2015, followed by performances in South Korea and Taiwan. In this year of the Olympics when Japan will receive a lot of global attention, the musical is coming back to the stage, with all new casts.

What inspired you to make Death Note into a musical piece?

There are mainly three reasons. The first one has to do with an imbalance in trade for licensed productions. We have been importing licensed musical productions from Broadway (New York) and the West End (London) for more than 30 years now. Meanwhile, there have been musicals created by Japanese over the years, but the feedback has been mostly quite discouraging, leading up to a negative reputation. Japanese musicals have been labeled as “low quality” and “boring.”

Japan is currently facing a decline in birthrate and an aging population. If the population drops below 100 million by the 2030’s, the number of people who create, participate in, and consume the entertainment we provide will also decrease, and our business will do everything but grow. So we felt the need to begin creating works where we are the ones getting paid royalties.

The second reason is because it is hard to find a platform in Japan where we can make large-scale musicals like the ones performed abroad. For instance, long-running productions, such as The Phantom of the Opera and The Lion King have made ¥500 billion JPY to ¥700 billion JPY (about $4.5 billion to $6.5 billion USD) in revenue. People even invest in theater. In Japan, however, theater isn’t seen as a profitable business, either for the actors or the producers.

Under those circumstances, I experienced the international popularity of Death Note first-hand when I visited Tatsuya Fujiwara during his study abroad in London. We were sitting in a pub, drinking beer, and a foreigner walked up to Tatsuya, saying, “I know you, you’re a movie star, right?” So we asked what he saw, and he responded Battle Royale (2000) and Death Note (2006 and 2017). It was an event that eventually helped put two and two together.

The third reason is due to my long-life friendship with Frank Wildhorn, who was in charge of the original scores for Death Note: The Musical. He wasn’t really feeling it at first, but his son had seen the animé version of the original manga and had encouraged him to take part in this project.

There are still so many undiscovered works, with Death Note having a history of leaving a strong impression on its fans around the globe. Also, on the premise that people who saw the movie during their teens and 20s are now in their 30s and ready to enjoy musicals, I think Death Note was meant to be our first global musical project.

What do you think makes Death Note so popular around the world?

My guess is that it is probably because crimes such as terrorism have become a greater issue around the globe. It happened to coincide with Death Note, the animation, which had already crossed the ocean.

People were put in a situation where “justice” and “evil” were no longer identifiable, as they altered depending on where you were from. Given the situation, it might not be so strange for people to feel that Death Note is a practical tool for creating a peaceful and safer world.

While raising the question of whether humans have the right to punish other humans on behalf of God, the story portrays a universal theological theme — I think that is why people are attracted to it so much.

What is your aim in making the new Death Note: The Musical team more international?

One reason was because I couldn’t find someone here who could do the scores for us. Musical songs written by Japanese composers do not add up to musical suites; they’re just a list of J-Pop songs back-to-back that do not have a constant melody line.

We invited creators from different backgrounds because we want to take this project abroad…. So we asked for Wildhorn’s help.

The first Death Note: The Musical performance in South Korea was held two months after it was staged in Tokyo, back in 2015. How did that feel?

It didn’t really feel like it had “crossed the ocean,” but I was certainly happy about it. We rented out our set to the South Korean Death Note: The Musical team.

Most of all, I was struck by the singing skills of each and every one of their actors. The nuance was just amazing. I envied them that their three-month performance was always sold out. Here in Japan, we only got to show it for a month.

Director Tamiya Kuriyama has been involved in Death Note: The Musical since it was first staged in 2015. What are your thoughts on his dramaturgy?

The involvement of director Kuriyama has elevated it from what could have been a simple recreation of the manga series into a musical piece that not only conveys theatrical messages but also captures the essence of the era.

I think the creators of the manga series, Mr. Kuriyama, and I are all on the same page in regards to our passion to further communicate through theater that the world isn’t as peaceful and safe as we hope.

How do you consider the needs of future audiences abroad?

First-hand experience. If I wanted, I could do marketing through surveys, for instance. But people have already read the manga series and watched the movies without me having to ask them to do so. It is important to just feel those things first-hand.

The idea of “Cool Japan” does, however, sometimes confuse me. People usually refuse to acknowledge their clients’ needs and instead push through their own values, trying so hard to prove how great their product is — but that is not how it works.

When we first introduced our Death Note: The Musical team back in 2015, we had some purists say, “This is not Made-in-Japan because the team includes foreign creators.”

Did the comments surprise you?

People think they are stating an “ideal.” But it is simply out of fashion and will make them miss the wave of globalization.

It is similar to saying that sushi made by a Vietnamese or a Chinese cook wearing plastic gloves isn’t sushi. Most don’t realize that the back of their Panasonic television at home is actually made in China.

There isn’t a Broadway musical where all those involved are born and bred in the United States. There are Indian-American actors as well as Chinese-American actors — everything is becoming a mixture.

I think Death Note: The Musical further proves this point. The team consists of talented creators from the United States, Japan, and South Korea.

I strongly believe “Cool Japan” should be more about how Made-in-Japan products can bring profits back into the country, rather than showing off how great Japan is to the rest of the world. Americans are great and so are Indians. It is pointless to compete over who is the greatest.

Likewise, our productions will continue to become more and more “hybrid” in the future.

Do you have any particular concerns about exporting Japanese musicals?

In Japan, the United States and Europe are often combined under a single category — ōbei — and that is very confusing. Not to mention, the trends in London are different from those in Paris or Rome.

Death Note: The Musical has been produced to specifically target Broadway and the West End. But you never know — maybe our next production will target Asia and only Asia.

Either way, I think it is quite risky to refuse to take the needs of our international audience into account. We would end up forcing the same products onto different cultures.

What in particular do you look forward to in the new Death Note: The Musical?

I hope that people who have seen the first version and the performances thereafter will come see this 2020 revival featuring an all-new cast, because it is not guaranteed that we’ll be able to do the next shows with the same exact team.

It really depends on whether we’ll be successful at making the most of the opportunity during our month-long performance.

Just out of curiosity, you have many talented actors and actresses affiliated with HoriPro. Why did you cast actors from other entertainment agencies for your theatrical pieces?

If we wanted to do it with all HoriPro performers, we certainly could. In fact, we do have theatrical pieces exclusively made up of HoriPro actors. It is true that part of our goal is to promote our company’s performers through our theatrical works, but if things don’t fall into place, then we have no issue inviting actors from other agencies to fill in the roles.

If that makes the connections between actors in the world of musicals stronger, then that is great. The more actors from different backgrounds mix, the higher the quality of the piece becomes.

Is there any message you have for Death Note fans around the world?

This new version has portrayed Death Note through an oriental perspective — an angle that you would not see on, for instance, American Netflix.

It is time to bring these types of productions abroad. The new Death Note: The Musical is a theatrical piece that holds a powerful significance, especially in the context of our complicated society.

It will leave the audience with an interesting mixture of good and bad aftertaste — a theatrical experience for Broadway and West End fans that is different from other musicals.

(Please check this website for information on HoriPro’s production of Death Note: The Musical. Check here for schedules and tickets for performances in Tokyo, Shizuoka, Osaka, and Fukuoka. Note: to prevent the spread of the novel Coronavirus, the performances in Osaka and Fukuoka have been cancelled.)