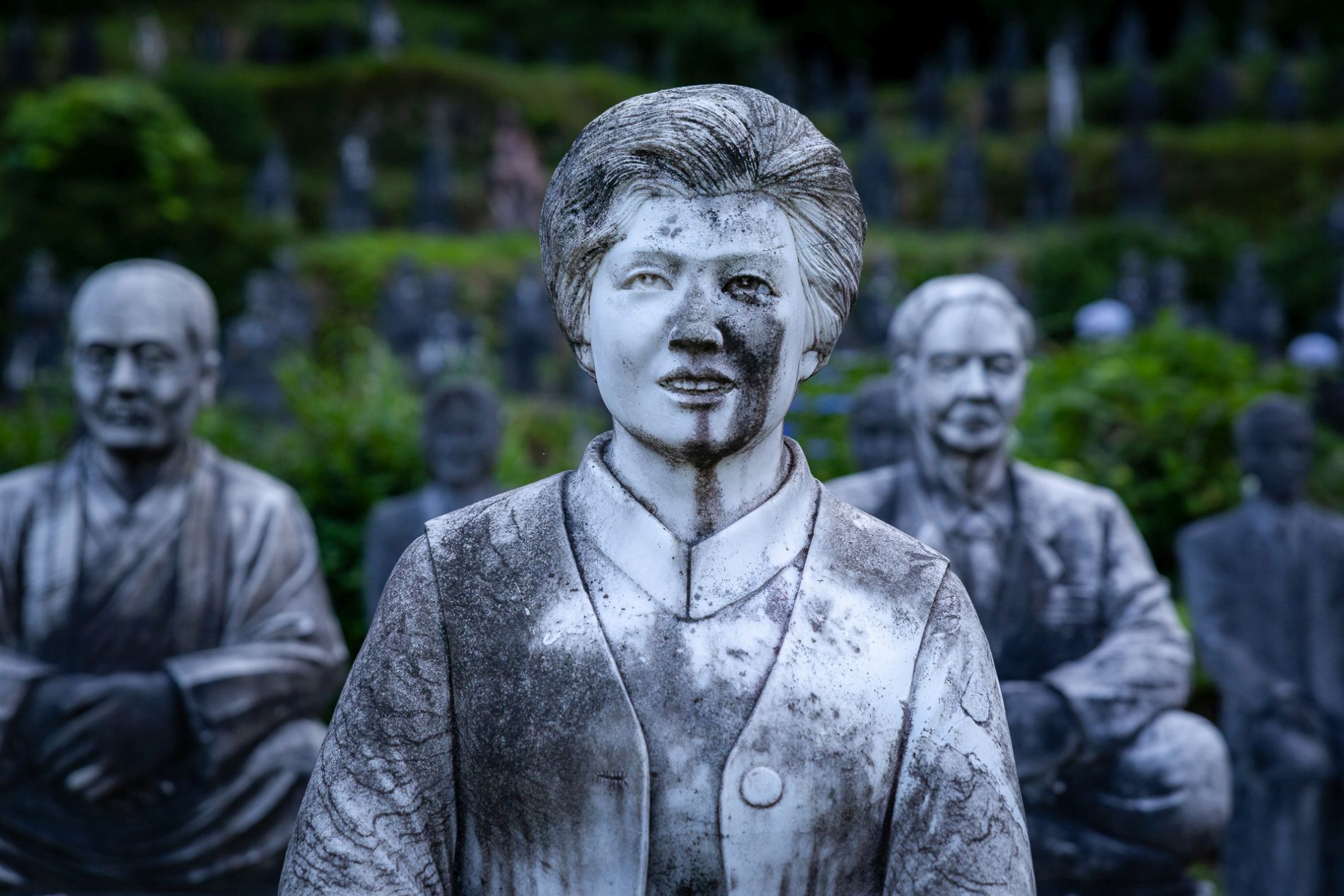 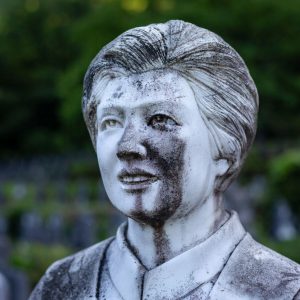 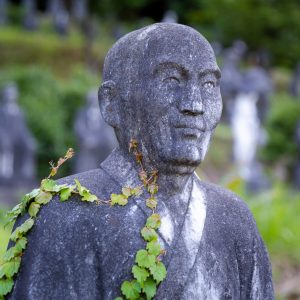 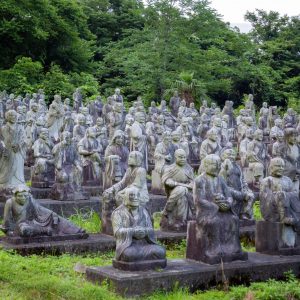 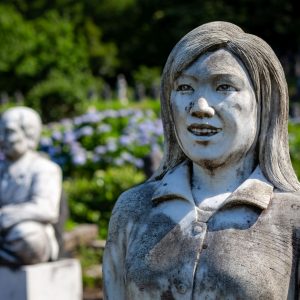 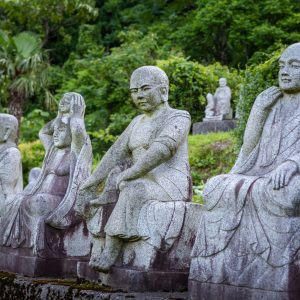 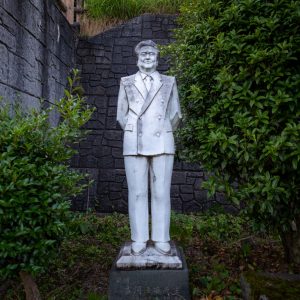 Hidden in a valley south of Toyama prefecture, just a 30-minute drive from the main city area, lies a village that is not populated by humans; rather, by hundreds of stone statues.

Called the Fureai Sekibutsu no Sato, or the village where you can meet human images of stone, it is a unique area where you can easily spend an afternoon enjoying the atmosphere and admiring the masterwork of the statues.

The History of Fureai Sekibutsu no Sato

The background of the Fureai Sekibutsu lies with a man named Mutsuo Furukawa, a wealthy local businessman who owned many of the restaurants and hospitals in the area. In the late 1980’s, he wanted to create a park that could potentially be a place where families and visitors could relax in a natural setting.

Furukawa-san then commissioned hundreds of statues to be created in the images of locals who were friends of his or worked in his many businesses. In order for the statues to be created, he had pictures taken of each person from the front, side, and back, in order to send the photographs to China. There, a sculptor created the statues and then shipped them back to Toyama prefecture in crates via a boat.

It took around three to four years in total for all of the statues to be created and placed at the Fureai Sekibutsu no Sato. The statues were situated with the oldest ones towards the top of the hill, while the newer ones were placed at lower elevations in the area.

Although Furukawa-san passed away around 2012, some of the people whose pictures were used to create the statues are still alive as of 2019. 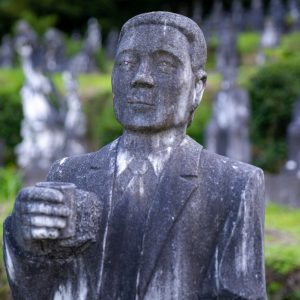 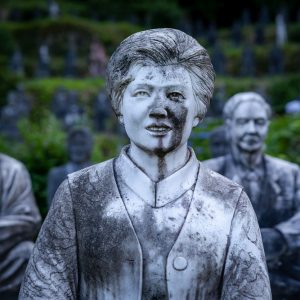 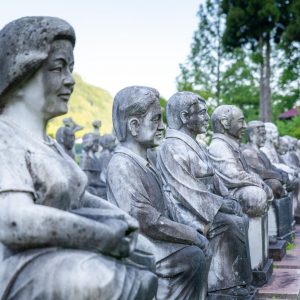 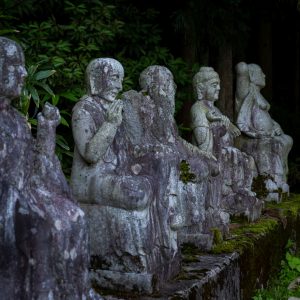 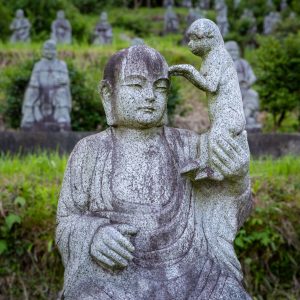 Visitors to the Fureai Sekibutsu no Sato will find next to the road a small house that functions as a reception area for visitors. Here, you can find pamphlets that contain more information on how the place got its start, as well as pick up a few souvenirs. The reception area is manned by a few volunteers from the local area who once knew Mr. Furukawa.

There are many small paths on the grounds of the Fureai Sekibutsu no Sato, which is split into two areas. Upon driving down the road that leads to the statues, you will find the first area, which is filled with many Buddhist statues and motifs, as well as a statue of Mutsuo Furukawa himself!

Further down the road, you will find another park-like area with most of the statues made in the image of local people, as well as images of the animals of the zodiac. The areas themselves are maintained around once a month by volunteers, and in between they may become overrun by grass. Take care while walking around, as the mossy steps on the hill may cause you to lose your step.

A daytime visit is suggested first to enjoy the full extent of the statuary and natural scenery. However, come back at night if you want to see if it is as scary as the stories suggest. Some locals believe that the statues come alive when the sun goes down, keeping their gaze on the brave people who roam the grounds in the dark. Though, if you visit on a full moon, the shadows cast by the statues make it seem as if you are being followed as you walk through the paths.

Getting to Fureai Sekibutsu no Sato

By automobile: It is about a five- to seven-hour drive from Tokyo through Nagano prefecture to Fureai Sekibutsu no Sato. Some of the roads leading to the village of statues are very narrow, so it is advised to drive with caution.

By public transportation: Start with a shinkansen from Tokyo to Toyama Station in Toyama prefecture. Then hop onto the Kiritani line bus from Toyama Station to the Daini Hatsudenshomae bus stop. Then walk 10 minutes to get to the village.