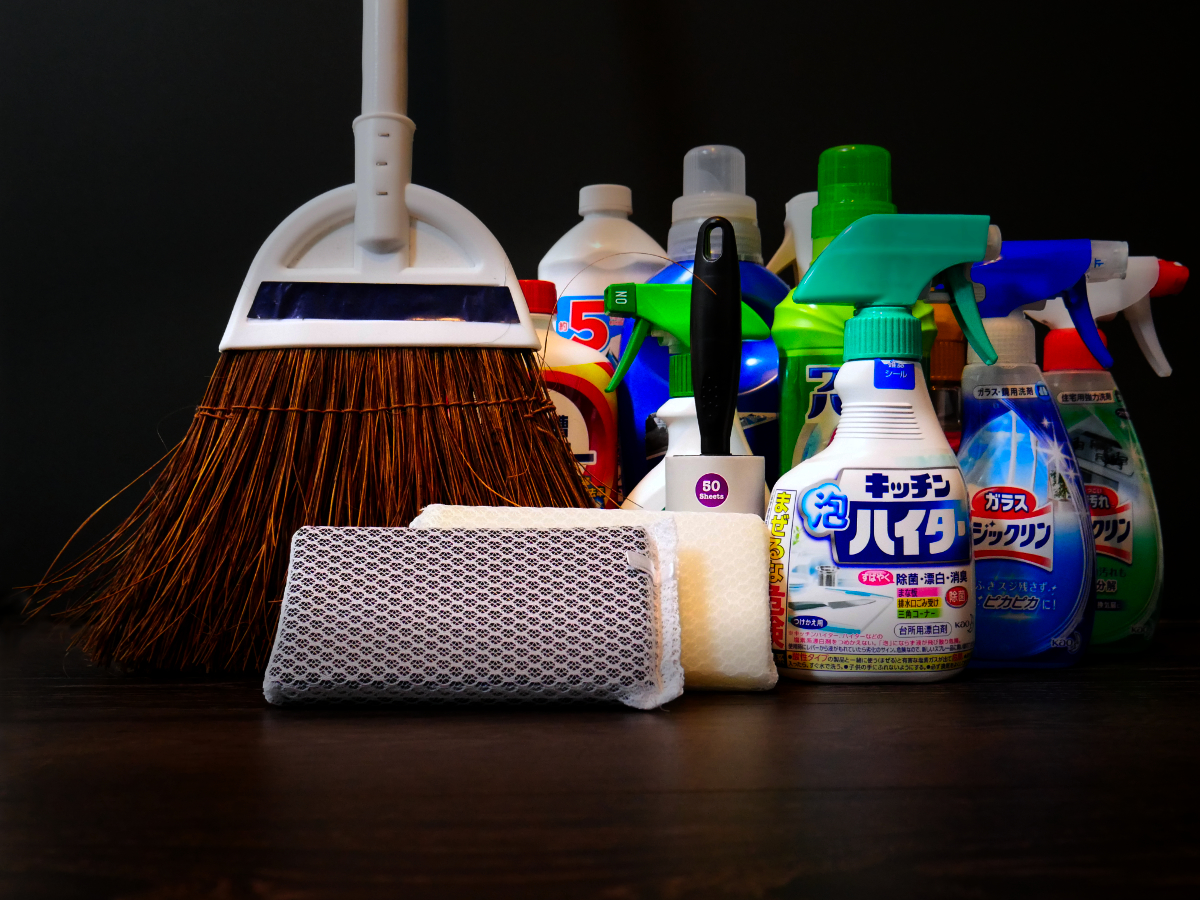 As many countries around the world are busy unwrapping Christmas gifts and keeping that yuletide log burning in the fireplace, Japan is ever at work during December as it prepares for the arrival of the new year with its own set of customs and traditions.

One tradition in particular, known as Ōsōji 大掃除, is all about cleaning and it is pretty much guaranteed that all houses, schools and offices around the country are getting stuck right into it as I type.

In the western world, a big annual cleaning event is usually held around the beginning of the year, and is known as “spring cleaning”. But here, in Japan, the tradition is done during the last few days of the year, so as to welcome in the new year with a fresh, clean slate.

Ōsōji normally happens during the last week of December (although it can start much earlier) and consists of cleaning all the places that are perhaps overlooked during regular cleaning, such as, scrubbing the walls, dusting the gaps in between the window frame and the glass and thoroughly tidying and scrubbing the balcony.

The most important part of the ritualistic cleaning event is the act of dusting, known as susuharai 煤払い in Japanese.

Susuharai is seen as a type of spiritual awakening, as whilst the dust and soot is being removed, people give thanks for the previous year’s blessings and events and wish for a better one in the new year. Susuharai is such an important event, that Shinto priests dedicate a full day to the activity on December 13th of each year, purifying the shrine in the process.

The tradition of holding susuharai on the 13th of December has been ongoing ever since the Edogawa period, as it marks the starting of the Oshōgatsu (festival to welcome in the new year) preparations in Japan.

Another important element to Ōsōji is the act of Seiri 整理, which is the Japanese name given to the organizing and decluttering of one’s personal space. The Japanese are known to be tidy people and are great at living in an organised minimalistic home. The popular TV show, Tidying up with Marie Kondo, highlights this very act and is a great example of how Seiri should be done.

The rest of the article can be viewed on our partner’s website, grape Japan at ”Invite the new year into your home with the Ōsōji cleaning ritual.“