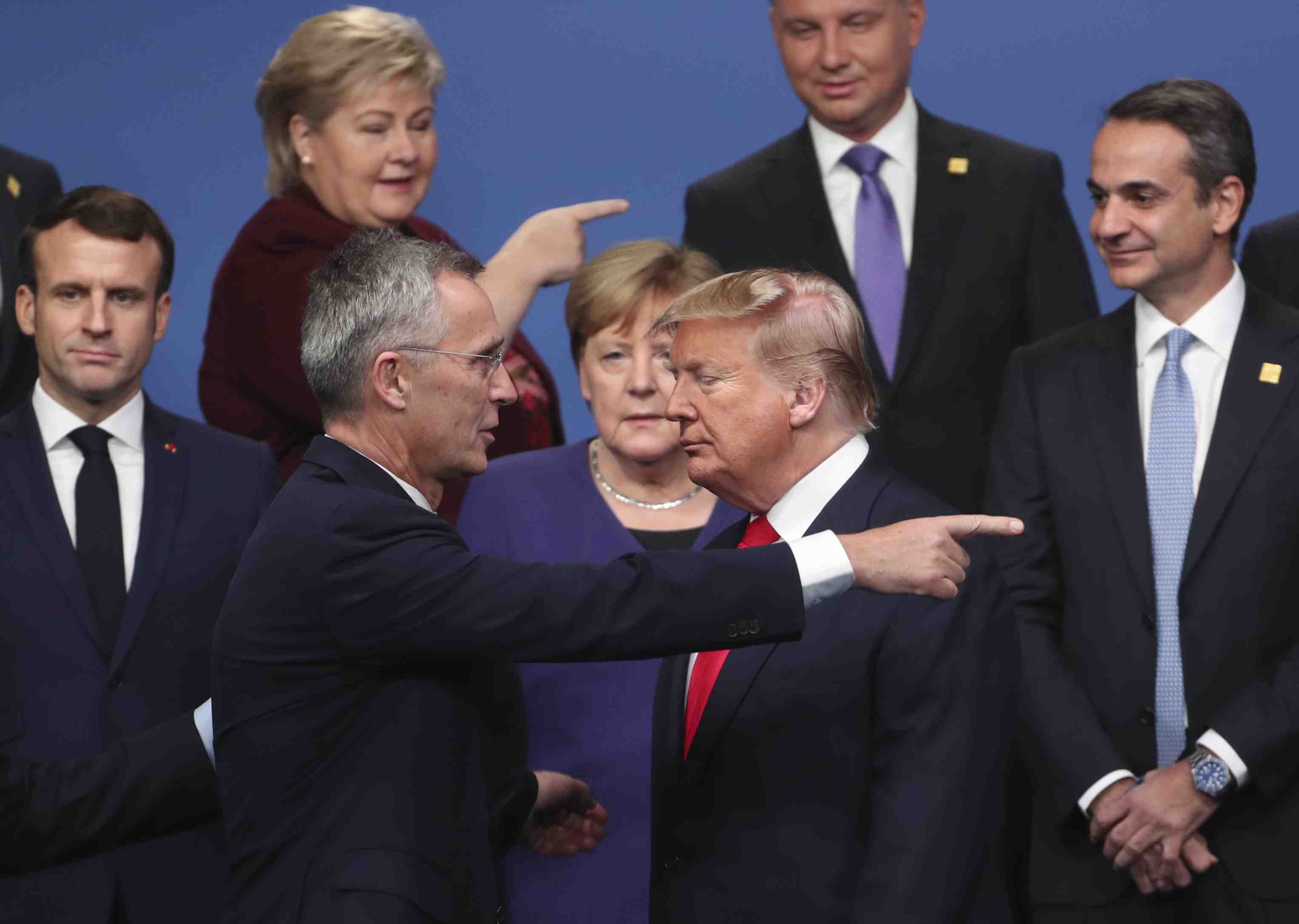 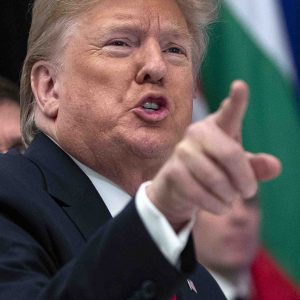 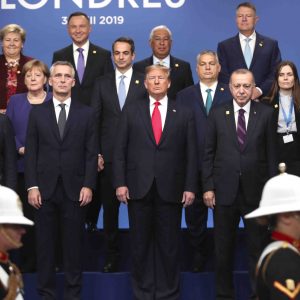 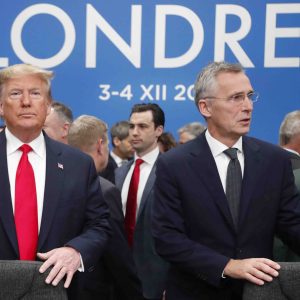 United States President Donald Trump, known as a man of self-confident showy displays and a way with intemperate language, has impressively restrained himself beyond all expectations this time.

Just outside London at the latest summit of leaders of the 29-member North Atlantic Treaty Organization (NATO), from which he had earlier hinted at seceding as he sniped that it was an “obsolete” institution, President Trump instead provided the meeting with a reassuring, valuable message.

He is a man who prefers one-on-one deals, even if his negotiating partner is a dictator and has an abhorrence of multilateral agreements. He raised many eyebrows when he sent his national security advisor Robert O’Brien as his proxy to the ASEAN and East Asia Summit meetings in early November 2019, both of strategic importance regarding China.

Had President Trump been pressed hard by his aides to participate in the NATO meeting proactively this time? The President landed in London late on the evening of December 2 and, according to a White House official, was aware of the need to exhort NATO’s European members to “squarely face up to the China threat,” despite his uneasy relationship with such leaders as French President Emmanuel Macron and German Chancellor Angela Merkel.

The NATO summit marked 70 years since the creation of the alliance, and the 30th anniversary of the end of the Cold War. But from a broader standpoint, the December 3-4 gathering will likely be long remembered as the turning point when NATO leaders discussed the “China threat” for the first time.

Communism is the ‘Enemy’

The Trump administration’s policy toward China has been presented through two speeches delivered independently in late October 2019 by Vice President Mike Pence and Secretary of State Mike Pompeo. Common to their speeches was that both called the Chinese authorities the “Chinese Communist Party.” Both noted that the communist government in China is “not the same as the people of China,” while expressing scalding condemnation of communism. [note for links: Pence: Hudson, Oct 2018, Wilson Center Oct 2019, Pompeo Hudson Oct 30 2019]

In July, Pence and Pompeo also sponsored an international forum in Washington D.C., the “2019 Ministerial to Advance Religious Freedom,” censuring Beijing’s gruesome treatment of the Uighurs in Xinjiang, northwestern China, as the “repression of human rights”.

Simultaneously they raised the U.S.-China confrontation to the dimension of a “clash of values,” going beyond the scope of competition for world hegemony. Thus, the conflict was resurrected between liberalism, which defends religious and human rights, and communism, which asserts that religions are the “opium of the people.”

In the eyes of Americans and Europeans, the ideology of communism evokes the memories of the Cold War, and is generally regarded with alarm as a potential “enemy,” as Pompeo put it. The Trump administration has thus recognized China as a threat jeopardizing the status of the United States as the world’s sole superpower, whereas, until recently, Washington had thought concerns about Beijing’s recent rapid rapprochement with Moscow, the successor state to the Soviet Union, had been “overstated.”

During the erstwhile days of the U.S.-Soviet Cold War, U.S. President Richard Nixon would use China — the weakest among the three countries of the United States, the Soviet Union, and the People’s Republic of China — as a diplomatic trump card for containing the Soviet Union. Conversely, China is now trying to use Russia, currently the weakest of the three, to gain diplomatic leverage over the United States.

Russian President Vladimir Putin, for his part, has steered his diplomacy toward closer ties to China in the face of economic sanctions from the United States and European nations after Russia’s 2014 annexation of the Crimea Peninsula, thereby forming a “Beijing-Moscow axis.”

Unacceptable Impacts in an ‘Open Society’

Under the circumstances, even President Trump, who dismissed NATO as “out of date” and an “obsolete alliance” up until recently, found it inevitable to play the role of a priest encouraging the “unity of the alliance.”

In the era when the major stage of the Cold War was in Western Europe, support for the United States from such countries in Eastern Asia as Japan and South Korea was indispensable.

Now, conversely, even though the main stage of the New Cold War is in the Indo-Pacific, Washington has raised the alarm and pulled in NATO members over the “China threat.” However, the New Cold War with China “is likely to be much longer and more costly than the one with the Soviet Union, and with an uncertain outcome,” according to prominent American diplomatic correspondent Fareed Zakaria.

Signs of changes have begun to emerge among European countries that up to now have viewed China as nothing other than a massive market opportunity.

In this connection, the German administration of Chancellor Merkel at one point had approved the use of the Chinese telecommunications giant Huawei’s technology for building Germany’s 5G mobile communications infrastructure, in spite of warnings from the United States. But Germany has since been seriously jolted into thinking twice about the decision. A group of members of Merkel’s ruling party, the Christian Democratic Union, have opposed the use of Huawei technologies, passing a resolution that would ban the Chinese firm’s 5G system. Moreover, another major party, the Christian Social Union, has come into line with the CDU resolution.

For security reasons, Germany has toughened regulatory measures against the takeover of German companies by Chinese firms, and has ceased viewing China through rose-colored glasses. Berlin also has reacted adversely to coercion from China to establish Communist Party cells within German companies. Such Chinese pressure is considered a grave menace to an open society.

Another factor is Western hatred of the repression of democratic forces seeking freedom in Hong Kong and Beijing’s suppression of Tibetans and Uighurs. In particular, the fact that a large quantity of confidential documents have come to light from within the Chinese Communist Party, exposing the Xi administration’s massive crackdown on the Uighurs, is of critical significance.

In late October, 23 Western countries centered around the United States and Britain issued a joint statement in the Third Committee of the United Nations General Assembly addressing social, humanitarian and cultural issues. They called on the Chinese government to halt arbitrary Uighur detentions. Needless to say, Beijing promptly opposed the resolution.

If the oppression of the Uighurs is viewed as ethnic cleansing by the Chinese government against Muslims, as reported by U.S. newspapers, the policy will likely incur an angry backlash from the Muslim world. Beijing has sent successive waves of the ethnic majority Han Chinese to China’s peripheral areas, such as the Uighur Autonomous Region and the Tibetan Autonomous Region. The population of Han Chinese has finally surpassed that of Tibetans in Lhasa, the central city of Tibet.

In the field of political studies, these state policies are called ethnic cleansing for driving out different ethnic groups, or ethnic assimilation when the goal is to have them assimilated into the dominant ethnic grouping. According to definitions by social anthropologist Earnest Gellner, such attempts by the Chinese, authorities through its coercive power against the Uighurs and Tibetans, will never be successful in forcing them to become Chinese patriots from the bottom of their hearts.

Consequently, the China-led quasi-alliance between Beijing and Moscow, the erosion of European economies by Chinese firms, and “cultural cleansing” in China’s peripheral regions have combined to inspire the once-cracked alliance into a “unity of allies” of the United States and Europe.

The London Declaration issued by the heads of state at the close of the NATO summit recognized the challenge of China’s rising influence and emphasized that NATO members need to address the challenges together as an alliance. The joint statement also reiterates that the NATO signatory countries should jointly address the task of ensuring the security of communications and resilient systems in their development of new technologies, including 5G.

It is especially worth noting that NATO Secretary General Jens Stoltenberg stressed in a news conference after the summit, “So, just the idea that, now, 29 allies [of NATO] addressed this issue [of China] together is an important step in the right direction.”