It’s Time to Ask the Question: Why Should the U.S. Defend Japan?

Officials of both nations claim to be in lockstep—continuing the tradition of U.S. officials describing the U.S.-Japan relationship as “the most important bilateral relationship, bar none,” and, invariably, “never been stronger.”

While Americans hesitate to interrupt the love fest, there is a question they need to ask of Japan: “Why should we defend you, if you won’t defend yourself?”

It’s bad etiquette. But, even if U.S. officialdom won’t ask, many so-called regular Americans will, especially when the time comes to fight on Japan’s behalf.

And that’s never been more likely than at present.

Japan’s neighborhood is getting rougher as the PRC threatens Japan’s southern islands. Meanwhile, North Korean missiles easily have Japan in their range, which is perhaps higher than Seoul on Pyongyang’s target list.

Mr. Abe has done a lot. He forced through a needed re-interpretation of Japan’s right to collective self-defense and oversaw useful revisions to the Japan-U.S. defense cooperation guidelines. And he’s built military ties with Great Britain, Australia, France, and others, while sending the Japan Self-Defense Forces (JSDF) farther afield, and more often, than his predecessors.

But, compared to what is needed for Japan to increase its combat power and become more useful to its only ally the United States, he’s not even close.

And at the end the day, if Japan won’t spend more money, it will taken to be not as serious about its defense. Despite Abe’s illusory defense budget increases following a decade of annual defense cuts, spending is still inadequate.

Japan’s defense strategy is too often about sending messages, hoping to frighten off China and North Korea while placating the Americans.

All of this creates the impression among many Americans that Japan isn’t doing enough. Then-candidate Trump picked up on popular sentiment when criticizing Japan and NATO as free riders.

In response, one could ask, isn’t Japan purchasing expensive F-35 fighter jets? And didn’t it recently decide to buy two Aegis Ashore ballistic-missile defense systems for US$1 billion each?

Tokyo would have done better buying radios with which the three JSDF services could talk with each other—and with U.S. forces, too. The F-35’s and Aegis Ashore are expensive baubles. Japan should keep in mind that most American voters are neither employees nor shareholders of Lockheed and Raytheon or other defense hardware companies.

One could also ask, doesn’t Japan provide $3 billion in Host Nation Support—for many years insultingly referred to as the “sympathy budget”—for U.S. forces in Japan?

Yes, but that’s not much for the services of the world’s most powerful military. Ask the parents or spouse of a U.S. Service member what is the value of a Marine, Sailor, or Airman, and they will tell you it is more than $3 billion, especially when Japanese troops are sitting in the rear.

Indeed, when Japanese officials refer to U.S. forces as a “burden” while demanding 8,000 Marines leave Okinawa—but expect them to be ready to come fight when Japan calls—Americans might feel unappreciated.

For many years, Japan worried about being pulled into America’s wars. Now, however, it is Americans who are fretting over getting dragged into a Japanese war with China over “some rocks,” the Senkaku Islands.

But would America really not defend Japan?

I mentioned this to a MOFA official some years back, pointing out that the American public might be reluctant to sacrifice on Japan’s behalf if Japan didn’t do and spend more on its defense. He practically stuck his tongue out as he snarled, “Anpo Joyaku” (Defense Treaty)—apparently believing the United States is contractually obligated.

Beyond the irony of a Tokyo University graduate knowing more about American thinking than an actual American, there’s a small problem with the Defense Treaty itself, and Article 5, in particular.

The Article only requires each side to “consult” in the event of trouble. Even a non-lawyer realizes it requires neither country to do much of anything.

There are indeed good reasons to fight for Japan. Japan is a fellow democracy and a longtime friend that is being threatened by nasty dictatorships. That alone is enough, and Americans will fight simply to defend democratic principles.

So, what will convince Americans that Japan is pulling its weight, and eliminate any uncertainty?

Second, Japan has money for defense. It’s the world’s third largest economy and finds tens of billions of dollars for overseas development schemes to counter PRC influence. In addition, the fund alone in the Tohoku earthquake and tsunami recovery effort would take care of all defense spending needs.

How much is needed? About 10% more of the defense budget annually, for the next five years. That’s roughly $5 billion a year. It should be spent properly, based on a thorough assessment of what Japan needs, not what shiny objects will impress enemies and the Americans.

Next, force the JSDF to become a joint force, where Japan’s Army, Air Force, and Navy can operate together. This will require firing senior officers until adults who will play together are found.

Then, fully link Japanese and U.S. forces. It is perplexing that, after 70 years, the JSDF and U.S. forces can barely operate together, and too often seem like strangers. It’s not impossible. Look at the relationship between the U.S. and Japanese navies, and the progress made on bilateral ballistic missile defense.

Finally, institute a joint Japan-U.S. defense plan for Japan’s Nansei Shoto (southern islands), and start operating with the Americans in the region.

Japan need not be perfectly equal to U.S. forces—but it needs to do more, and fast.

Tokyo is playing for the hearts and minds of the American public, not the U.S. alliance managers, who are soft touches by comparison.

The U.S. government should ask the question, “Why should we die for you?” And Japan should do what is necessary, now. Or the U.S. public will ask the question later, when there is no time to spare. If Tokyo and Washington wait, they may not like the answer. 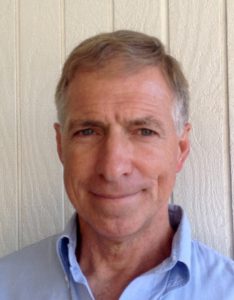 Grant Newsham is a Senior Research Fellow at the Japan Forum for Strategic Studies and a retired United States Marine Officer.