If the organizers of the Winter Olympic Games awarded medals for cheerleading or propaganda, North Korea would have walked away with double gold.

The champion attention-grabbers were the 200 North Korean women who performed synchronized cheers throughout events which involved athletes from their country playing alongside people from the host nation, South Korea.

At one point, the North Korean women raised masks to their faces which resembled Kim Il-sung, the grandfather of the current dictator, Kim Jong-un. It was a moment which thrilled the press photographers, who sent their pictures around the world and set social media ablaze.

Afterwards, Kim Jong-un, who did not attend, basked in the reflected glory. He used state media to unctuously praise South Korea for its “very impressive” and “sincere” efforts in hosting the Olympics, and he spoke of a “warm climate of reconciliation and dialogue.”

Invitation to the North

Only a few months ago, the same state media threatened to turn Seoul, Tokyo, and Washington to dust. Yet South Korea’s president, Moon Jae-in—the son of North Korean refugees—longs to meet Kim Jong-Un face-to-face. At the Games, he was presented with an invitation to the North, which he will almost inevitably accept.

“The North Koreans used the Winter Olympic Games to try to shape an image of a country which is not isolated from the international community. The focus was on humanizing and normalizing their country’s image, even though it strives to be a nuclear state,” said Scott Snyder, who directs the United States-Korea Program at the Council of Foreign Relations in Washington.

“We see athletes and cheerleaders and people doing taekwondo, and we think these are normal people. We don’t think about the barbarity and cruelty that many North Koreans experience at the hands of the North Korean leadership,” said Mr. Snyder.

The Olympics created a dilemma for another of Kim Jong-un’s threatened targets, Japanese Prime Minister Shinzo Abe. He wanted to promote Japan as a friendly nation, and to support Japanese athletes, especially as Tokyo will host the Olympics in 2020.

Yet, he was wary of being drawn into the propaganda campaign or projecting an image of “going soft” on North Korea. He also has issues with South Korea, which often stirs up bad memories over the period when it was occupied by Japan.

At the start of the Games, Abe met South Korea’s Moon. He also briefly met with the ceremonial head of state of North Korea, Kim Yong-nam, who is, according to Scott Snyder from the Council on Foreign Relations “a staunch defender of the North Korean regime.”

Abe’s aides told reporters that, during that short meeting, he raised the issues of missile tests and abducted Japanese citizens.

Japan’s Foreign Minister, Taro Kono, later outlined the reasons why the Prime Minister attended the Olympics: “Without being swayed by North Korea’s smile diplomacy, Japan will firmly coordinate with the U.S. and South Korea towards the ultimate goal of denuclearizing the Korean Peninsula.”

Kono noted that North Korea conducted a military parade on the eve of the Olympics. “Its intention regarding nuclear and missile development has not changed,” he warned.

Not everyone in Japan supported Abe’s trip to PyeongChang. Among the opponents was Kazuhiro Araki from the National Association for the Rescue of Japanese Kidnapped by North Korea.

“South Korean President Moon Jae-in is pro-Pyongyang, and he has used the Winter Olympics to protect North Korea from the pressure that was being applied by Japan and the U.S. We believe this sends the wrong message to both North and South Korea, and the rest of the world,” Araki said.

There remains grave concern within Japan about North Korea’s weapons program. The North’s negotiators refused to discuss denuclearization at recent talks with the South—yet they won a concession from the other side to halt military exercises until after the Games.

John Nilsson-Wright, senior research fellow at the Asia Program at Chatham House, believes that Prime Minister Abe wants military exercises involving the U.S. and its allies to continue, despite the mood of détente since the Games began.

“There are hawkish voices in Japan who are urging Mr. Abe to keep the military option open. You can see why the risk associated with a military strike could be regarded as more acceptable from Japan’s perspective than it would be regarded by the South Koreans,” said Mr. Nilsson-Wright.

U.S. Vice President Mike Pence also attended the opening ceremony of the Olympics, where he warned that the North was trying to “hijack the message and imagery” of the event with propaganda.

Pence was adamant his trip to South Korea should not be viewed as a concession to the North.

“There is no daylight between the United States, the Republic of Korea, and Japan. We need to continue to isolate North Korea economically and diplomatically until they abandon their nuclear and ballistic missile program,” Pence told reporters.

However, Snyder from the Council on Foreign Relations believes that Pence looked isolated at the Olympics, partly because he did not show enough appreciation for the joint Korean delegation.

“I’m not sure it was a good idea for Pence not to show courtesy to the guests and hosts,” said Snyder. “I am sure that Mr. Abe and Mr. Pence were happy to have each other to talk to while all this other theater was going on. North Korea was invited to an international event. If the U.S. and Japan had boycotted the Games, it might have given the impression that North Korea had hijacked global sports, and they did not want that to happen.”

“It’s hard to remember the relationship between South Korea and the United States has been so unbalanced, on the surface at least. Yet, behind the scenes, perhaps, the relationship is more stable than it appears—especially in the face of this major propaganda coup by North Korea.” 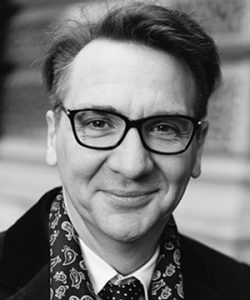 Duncan Bartlett is the editor of Asian Affairs magazine and a regular contributor to JAPAN Forward. He also manages the news portal Japan Story.