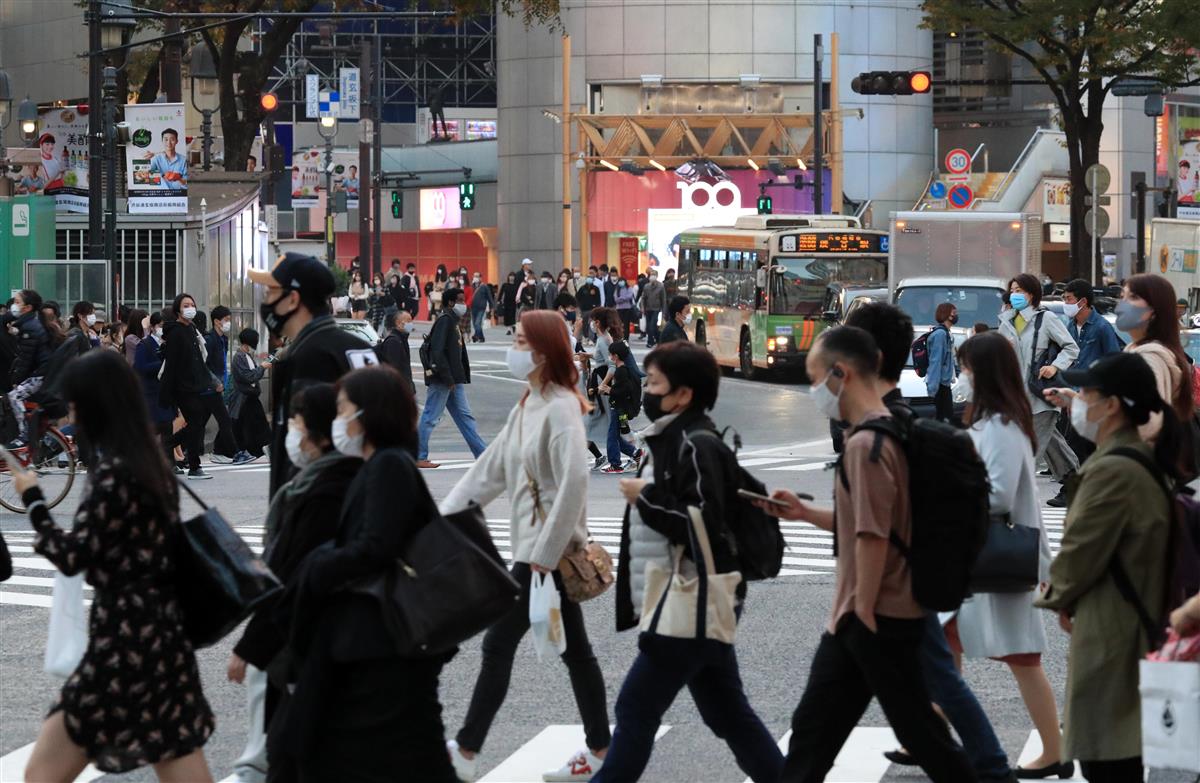 On November 18, the Tokyo Metropolitan Government reported 493 new COVID-19 patients. This is a worrying development, and the highest number ever recorded in Japan’s capital city, overtaking the data from August 1.

These current numbers are much higher than when Japan called a nationwide state of emergency on April 7, when the new infections hit 368 in a day.

The island of Hokkaido has also been hit badly by the COVID-19 storm from around the end of October. Japan’s northernmost territory has seen daily new COVID-19 patients jumping from 22 patients on October 21, then shooting up to 187 on November 7, reaching the current peak of 236 just a couple of days later on November 11. On November 18, Hokkaido reported 233 new cases.

The sudden surge in cases has prompted the Hokkaido government to raise the alert level in Sapporo to level 4. Citizens in Sapporo, the current epicenter of infections, have been asked to avoid unnecessary outings, including travel outside the city area.

The prefectures adjacent to Tokyo, Saitama and Kanagawa, respectively, also recorded the highest number of cases yet on November 18, with Kanagawa reporting 226 new cases for the day.

Moreover, on November 17, Japan nationwide recorded the worrisome figure of 42 serious infections, which was also the highest since the start of the pandemic.

This Time is Different

It seems like so long ago now, but when the Japanese government called a state of emergency in early April, the case numbers nationwide were still in the 300s.

Under the state of emergency, the government called upon all citizens to stay home and avoid unnecessary outings, restricted business hours to 10 P.M., and employees were asked to work from home wherever possible. The state of emergency was subsequently lifted at the end of May, after COVID-19 infections were reduced to a manageable level with just a couple of tens of new cases a day.

The summer brought a renewed level of caution, especially in the capital, Tokyo, after new infections spiked to about 500 a day in the early weeks of July. This prompted Tokyo Governor Yuriko Koike to raise the alert level in the capital from Level 3 to Level 4, in what was called “Tokyo Alert” on July 15.

This in practice meant that businesses like restaurants, bars and karaoke parlors were asked to close before 10 P.M., and citizens were asked to avoid unnecessary outings and travel, especially over long weekends and during the summer holiday season.

At the same time, the national government’s tourism promotion scheme dubbed the “Go To” campaign excluded residents of the capital from the stimulus benefits so as to discourage travel in and out of the capital.

Hokkaido was affected by an onset of rising COVID-19 case numbers in March, forcing the governor Naomichi Suzuki to declare a local state of emergency.

It seems clear that this time the spread of the virus is more pervasive around the country than in the pandemic’s earlier months. In the first phase of the pandemic, infections seemed to concentrate in metropolitan areas or specific clusters. Regions that were previously almost infection free, such as Niigata, and  Iwate Prefecture, have started to record a couple of tens of cases per day since October.

In a press conference urgently organized by the government COVID-19 subcommittee on November 9, experts explained how the rise of infections and diversification of clusters was noticeable nationwide.

Dr. Shigeru Omi told journalists attending the press conference that “the infections are gradually growing all over the country.”

When explaining the causes, one of the reasons Dr. Omi cited was residents’ apparent increasing desire to see life return to “normal”. “After all these months, people want to go to restaurants, take off their masks, and just have a good time,” he sympathized.

The Tokyo Metropolitan Government is expected to raise the alert to level 4 after a meeting on Thursday November 19.