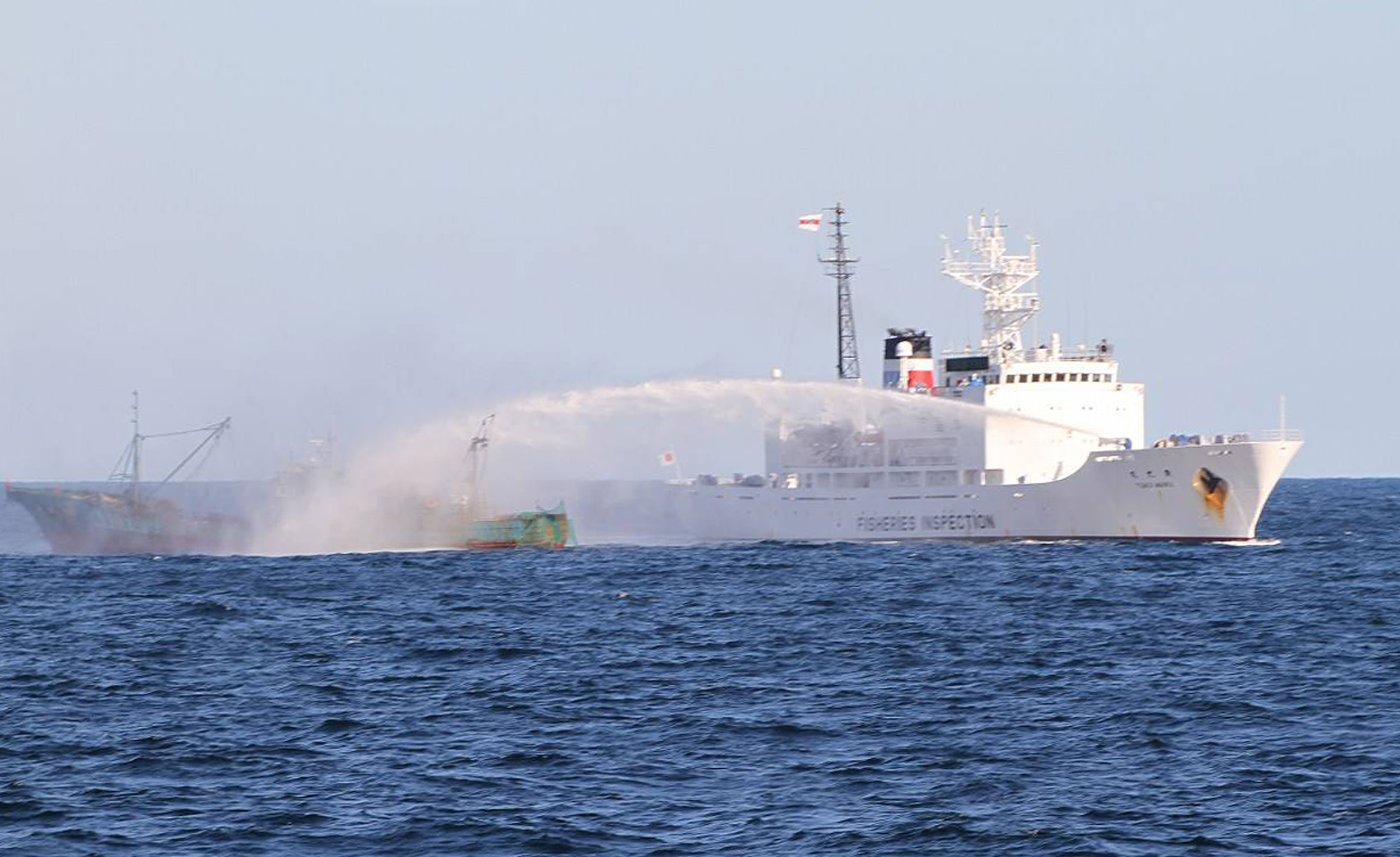 In recent months, there has been an alarming influx of Chinese fishing boats illegally intruding into Japan’s exclusive economic zone (EEZ) and plundering Japan’s marine resources, apparently without facing any consequences. The time has come to stop the brazen theft.

The area in question is the rich fishing waters around the Yamato Bank, a part of the Sea of Japan, abundant with surume ika (Japanese flying squid) and crab. Yamato is an alternative name for Japan, and it is considered a bank because of the shallow waters and configuration of the underwater terrain.

Due to the outsiders, Japanese fishermen are unable to obtain sufficient catches during the authorized periods for fishing. It is truly regrettable that the Japanese government demonstrates no willingness to take the decisive action required to stop foreign interlopers’ infringement on the rights of Japanese fishermen.

The situation is clearly not improving. As of November 5, the Ministry of Agriculture, Forestry and Fisheries patrol boats had warned a total of 4,035 Chinese fishing vessels to leave the area.

Up until 2019, most foreign ships intruding into these waters had been of North Korean origin, and the fisheries ministry and the Japan Coast Guard (JCG) together had managed the situation. However, in 2020 only one North Korean fishing vessel has been spotted, while from August there has been a sharp increase in the number of Chinese fishing boats operating in the area.

Amidst these developments, there is speculation that Pyongyang sold its “fishing rights” on the Yamato Bank to the Chinese side. 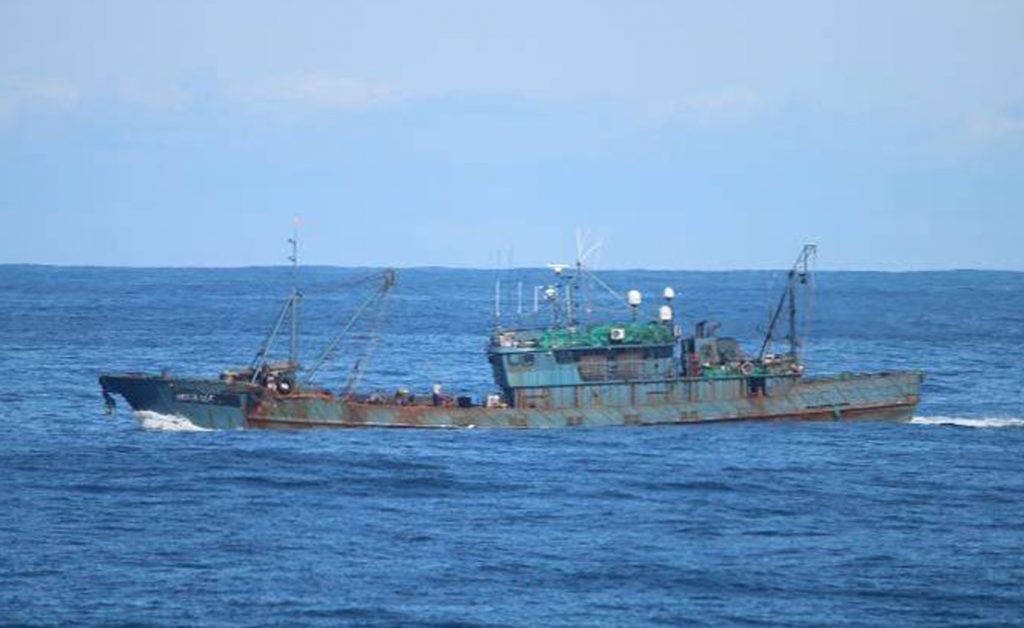 Foreign fishing boat inside Japan’s EEZ on the Yamato Banks, Sea of Japan

The government needs to beef up policing efforts, including seizure of illegally operating vessels, in order to drive this Chinese flotilla out of Japan’s territorial waters. We should not hesitate just because the boats are of Chinese origin.

After all, we are talking about waters within Japan’s EEZ, an area within which Japan has the right to manage its own marine resources. Japan has not authorized either China or North Korea to operate on the Yamato Bank.

Even if it is true that “fishing rights” were sold, since North Korea has no legal rights whatsoever concerning the waters in question, Chinese fishing boats in turn have absolutely no entitlement to operate on the Yamato Bank.

Japanese fishermen expressed dissatisfaction after the fisheries ministry asked them to exercise self-restraint from September 30 to October 29 regarding operations in the western part of the Yamato Bank.

In light of the September 29 confirmation of a report that a North Korean government ship was prowling around the concerned area, Japanese fishermen wondered why they should be kept out of their own waters.

Nevertheless, it is bewildering why the government cannot clearly say the intruders are  “Chinese fishing boats,” protest directly to Beijing, and use diplomacy to halt these illegal operations.

We would note that at an October 11 meeting of the ruling Liberal Democratic Party, the government reported that the information collection and monitoring capabilities of the fisheries ministry and the JCG would be bolstered.

Such limited measures will not solve the problem. We need to start seizing vessels that are engaged in illegal fishing and strongly protest this behavior to the Chinese government.

At the same time, we should use that as leverage to gain clarification as to whether illegal “fishing rights” were actually sold, and to achieve the departure of Chinese fishing flotillas from Japanese waters once and for all.

Prime Minister Yoshihide Suga has proclaimed that his Cabinet is “working for the sake of the nation’s people.” We would hope that he would match his words with action.