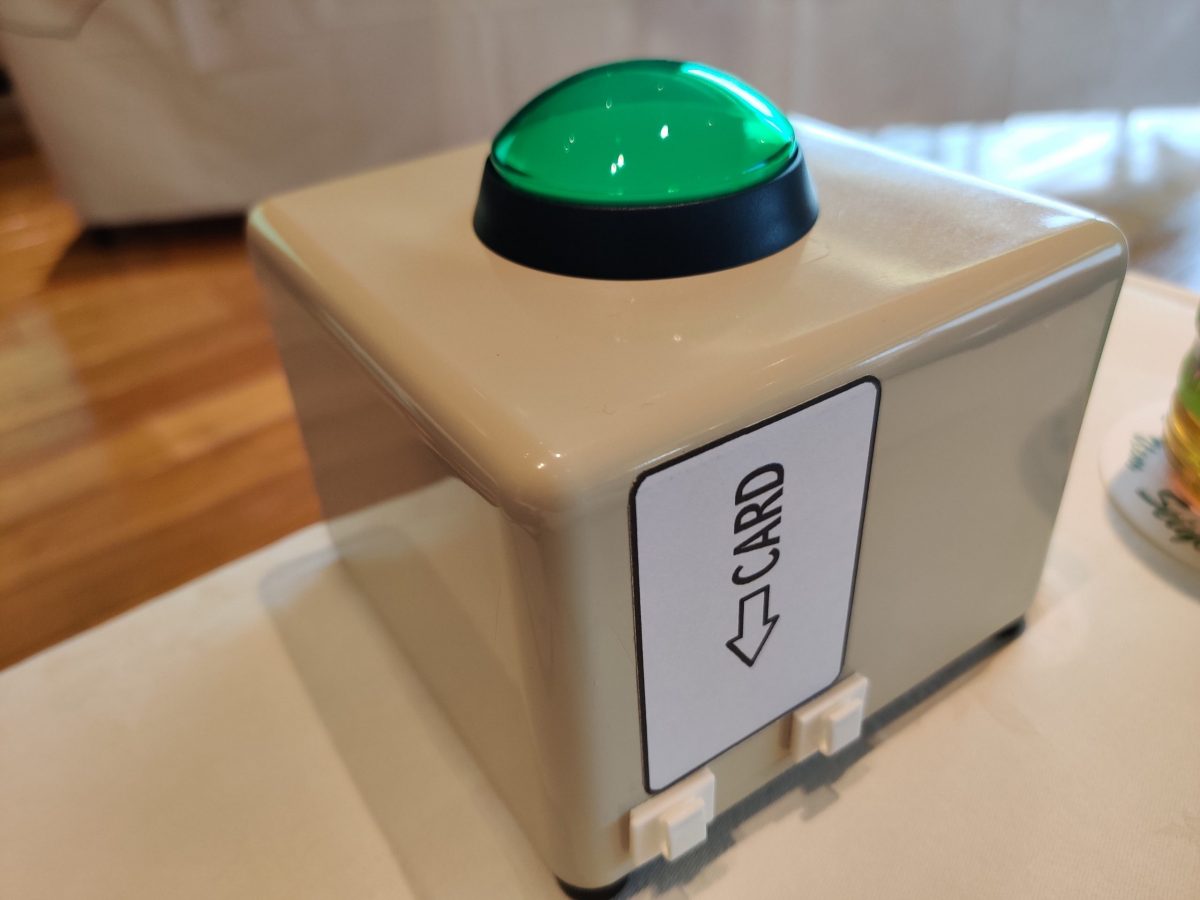 Student attention during classes has been one important collateral damage of the COVID-19 pandemic.

As schools all around the world moved online, many students experienced the grueling reality of attending classes exclusively on Zoom or similar online platforms.

Enter the idea: Gatten Button, developed in collaboration with the University of Tokyo, NPO IOT Media Laboratory, and System Japan.

The device appears simple, a box with a button at its center – the likes of a colorful button on a game machine. If pressed, a green LED inside the button lights up.

But the seemingly humble device has the ability of facilitating interaction between students and their teachers, and thereby increasing attention and productivity. (Gatten means “understood” in Japanese slang).

The preliminary results of the classes using the Gatten Button have exceeded expectations, says one of the lead researchers, NPO IOT Media Laboratory President, Professor Kazuhiko Nishi at a press event on March 25.

In the sample class where this button was used, student results were 20% higher than in classes where the device was not used.

The uses can be many ー and creative. Upon cues from teachers, students can press the button to say they have understood, or to indicate they know the answer to a question. It is a sort of gamification of learning.

“It’s an incredibly simple but useful device. It means that just by pressing a button, even the shy students have a way of communicating with teachers that they understand what is being said,” said Masayuki Nakao, Professor at the Department of Mechanical Engineering at the University of Tokyo.

The device is already being tested at Suma Gakuen Junior and Senior High School for consideration of its broader introduction in schools. It has potential uses not just for online lessons, but in many other venues as well.

Birth of the Idea

As is the case with some of the best ideas, the initial concept was born out of personal experience. Professor Nakao teaches at the Mechanical Engineering Department at one of the most prestigious institutions in the country, the University of Tokyo.

Yet even professors like Nakao have been struggling to keep the attention of their over 140 students during online lessons.

Online classes tend to be less active. Not everyone has their webcam on. Sometimes students just log into the class, and there is no way to determine if they are even sitting in front of their computer.

“It boils down to the fact that for the motivated students Zoom online classes are more than sufficient. But chasing down students who are not as motivated becomes really difficult when classes are just online,” explained Professor Nakao.

Professor Nakao recalled first hearing about box-like devices with buttons used to enhance the learning experience that were used in countries like Finland. Then came the serendipitous collaboration with System Japan.

Yoshiteru Shichiri, CEO of the company which specializes in sensor technology, talked to JAPAN Forward about how he wanted to do something to help students be more productive during classes. Shichiri had three children stuck at home during the pandemic, and understood the problem first hand.

It was then that Gatten Button was developed.

The main feature of the device, a large green button, was designed deliberately large and sturdy, to cater to playful students.

Professor Nishi told JAPAN Forward that keeping the mouse of a computer in mind, he “decided to keep it simple,” with one single button.

The device can be easily plugged into a laptop USB slot. It is equipped with three features to help increase attendance ー and attention ー during classes.

First, it has a slot where the student ID card is inserted. This provides an easy way to check attendance using RFID technology.

Second, a sensor detects if the user is sitting in front of the device. This deters, for example, students logging into the lesson then stepping away to do other things.

Third, all of the information gathered by the device is collected to the cloud, where the teacher can access it anytime, anywhere.

System Japan has created technology for the care of the elderly in the past. CEO Shichiri explained why the company had to come up with a sensor which was triggered not by motion, but by a non-contact vital signs sensor which captures the presence of someone even as they are still.

In the initial trial, 50 devices were created and distributed to a group of middle school students.

The students’ progress was monitored by having them take a comprehension test once between 2020 and 2021, immediately after a class which had used the Gatten Button.

The results were striking. Test results of students who had used the Gatten Button scored on average 20% higher than the scores of those who hadn’t.

“Normally, it’s quite difficult to increase productivity by one fifth just by shifting teaching style. We almost felt like it was magic,” recounts IOT Media Lab’s Nishi.

Professor Nishi explains the impact the device has on the speed of the lesson: “A lesson just continues, whether you understand it or not. But by using this device, the teacher has the possibility of adjusting the speed, depending on the students’ understanding.”

Nishi also adds that when students are asked to do something concrete, like pushing a button, there is a chance that they are forced to think a bit more deeply about the content of the lesson.

“This is such a simple idea, it’s just a button isn’t it? But [this experiment] has led us to believe that as a mechanism it has enormous potential,” Nishi says.

The makers are now scheduled to expand the project to around 100 devices, which would serve two classes. They can be used for either remote or in person classes, depending on the circumstances of the school.

“In Japan, we often have one-way teaching styles. So adding a way of checking understanding could make in-person learning much more effective as well,” reflects Nakao, extolling the potential uses for in person classes.

The price is set to be determined at a later date, and will partially depend on the number of orders in an economy of scale.

System Japan’s Shichiri is also thinking of ways in which the device can be refashioned to work in other areas. Ideas abound, including using them in professional settings, and in other areas of the company’s main field, for example monitoring the understanding of the elderly in particular situations.

“As the population continues to age, it might be useful to have a device like this where one can very easily check if users are awake in the morning, for example,” Shichiri explains.