The Real History of Sado Gold Mine is Under Attack 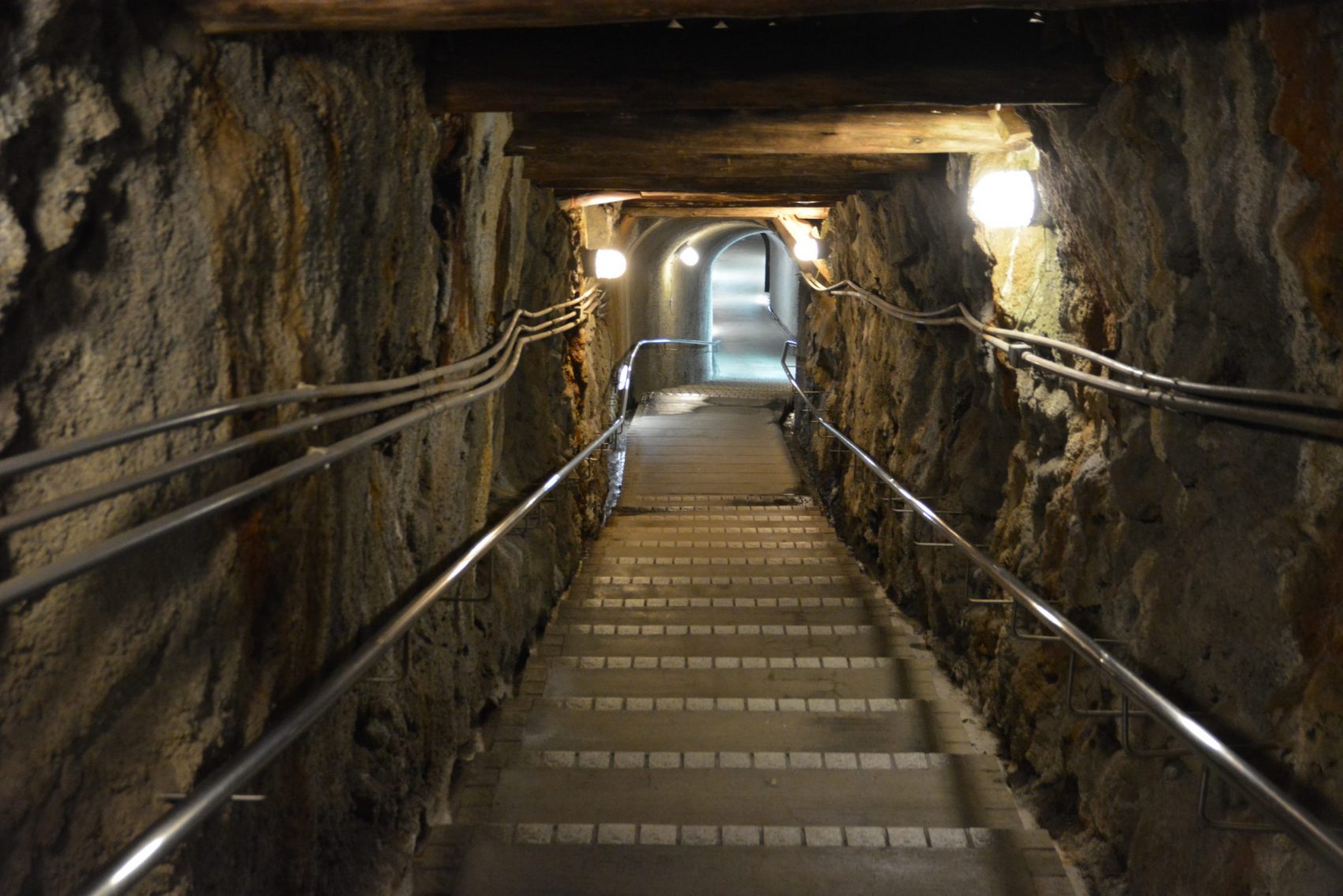 On an overcast day in late March, I made my way to a nondescript hotel set amid the gray and black edifices of Tokyo’s government district. Armed with only a conference room number, I eventually found what I was looking for: the Historical Awareness Research Committee’s symposium on the history of the Sado Kinzan (Sado Gold Mines).

Outside the conference room, two men were checking names off a guest list. Only those cleared for attendance could go in.

Why all the secrecy?

After all, the complex of gold and silver mines on Sado Island, located in the Sea of Japan off the coast of Niigata Prefecture, stopped production in the late 1980s. And the Sado mines have been known for producing precious metals since the Heian Period (794-1185) some nine centuries ago. So it certainly wasn’t the location of the mines or the silver or gold that needed protecting.

What does need protecting is Sado’s history. The Sado mines are up for registration with the United Nations Educational, Scientific, and Cultural Organization (UNESCO) as a World Heritage Site. However, some in South Korea are claiming that Koreans were forced to work in the Sado mines. The real history of Sado is under attack.

The Historical Awareness Research Committee (HARC), under the direction of Reitaku University Professor Tsutomu Nishioka, convened the March symposium to tell the true story of Sado and its mines. It was not a tale of forced labor, but of equal opportunity and voluntary Korean immigration to Sado to take the high-paying jobs available there.


Koreans Volunteered in Droves to Work in the Japanese Home Islands

Six speakers took the podium during the nearly three-hour symposium, including two who joined remotely from South Korea.

First, Professor Nishioka provided an overview of the labor and mobility frameworks in place during the period of annexation, 1910 to 1945, during which the Korean peninsula was a part of Japan and Koreans were Japanese citizens. While some claim today to have been tricked or forced to work on Sado Island, the primary documents tell an entirely different story.

For example, Professor Nishioka cites Government-General of Korea statistics which show that, from 1933 to 1938, 727,094 Koreans voluntarily applied at local police stations on the Korean peninsula for permission to travel to Japan to work but were denied. Even during part of the mobilization period of the Pacific War, from 1939 to 1942, some 22,800 Koreans were apprehended in Japan as having entered from Korea without permission and were sent back.

From 1939 to 1945, Professor Nishioka continued, 2,378,232 Koreans crossed over to Japan, of which approximately one-fourth (604,492) were mobilized as part of the war effort. The remaining three-fourths (1,773,740) voluntarily and individually went from Korea to Japan searching for work.


Pak Gyeong-sik and the Origin of Fake Korea-Japan History

The historical record is unmistakable and undeniable. During the period of annexation, Koreans volunteered to go to the Japanese home islands in droves. The pay tended to be better in the home islands, and the job opportunities much more plentiful.

So, where did the falsehood of forced labor come from?

In 1965, a Korean resident in Japan named Pak Kyǒng-sik published a book in Japanese titled Record of Korean Forced Mobilization (Chosenjin kyosei Renko no kiroku). According to the second presenter at the symposium, retired Meisei University lecturer Kanji Katsuoka, this book, released as a counterargument to a work of fact-based documentary history written by scholar Yoshio Morita, was the origin of the myth that Koreans were abducted en masse from the Korean peninsula and dragooned to work in Japan.

Pak’s book was unhistorical, but left-wing academics in Japan and Korea seized on Pak’s fictions to advance their political ends.

Even more unfortunate, Yamamoto stresses, is that the Government of Japan accepted this false narrative for years, and even apologized for something that never happened. It was only in 2019, Yamamoto points out, that the Japanese Government rebutted in an official report a South Korean labor organization’s insistence that Koreans had been forced to work in the Sado mines.

In the fourth symposium presentation, Historical Awareness Research Committee researcher Ryosuke Nagatani relied on a wealth of primary sources to reveal what life was like at the Sado mines before and during the Second World War. Nagatani’s array of data showed that wages for those in the Japanese home islands (including Koreans) were much higher than those on the Korean Peninsula.

Not only were wages high for mine workers in Japan, but the Sado mines provided special amenities rare at other operations. For example, Korean men on Sado were encouraged to bring their wives and children to live at the mine complex with them.

Food and bedding charges were deducted from wages, but workers (both Japanese and Korean) still enjoyed high pay. The work was dangerous, to be sure. But the living conditions were good, and pay seems to have been commensurate with the risks involved in mining.

Even though the working conditions in the Sado mining complex were good, many Korean workers fled. Why? The reason was simple. There were many other jobs available in Japan with even higher pay.

This point was reinforced by the fifth symposium speaker, Naksungdae Institute of Economic Research research fellow Lee Wooyoun. Dr. Lee worked deeply in primary sources to show that wages for Korean workers at mines in Japan were high, and living conditions better than on the Korean peninsula.

Being able to send more than one-third of one’s wages home and still have money left over at the end of the month indicates very favorable conditions for Korean workers at mines in Japan.

And it wasn’t just wages that were good. According to Dr. Lee’s research, the number of calories an average mine worker could expect to consume per day on the Korean peninsula versus in Japan reveals substantially better living conditions in Japan for Koreans. For example, in 1941, someone living in the southern part of the Korean peninsula could expect to consume approximately 1,799 calories per day. A Korean laborer working the mine face at the Mitsui Yamano coal mine in Fukuoka Prefecture consumed around 3,224 calories per day on average in the same year. Mining in Japan was good work for Koreans.

Based on this and extensive other research, Dr. Lee concluded that there is “no problem in registering the Sado mine complex with UNESCO as a World Heritage site.”


Fighting for Historical Truth in Korea and Japan

The sixth and final presenter at the Sado Kinzan symposium was Hwang Uiwon, a South Korean journalist and researcher and the representative of MediaWatch, which monitors the media in South Korea. Hwang pointed out that the South Korean media tends to ignore primary historical sources and instead seeks out interviews with those who will confirm the preferred anti-Japan narrative of the South Korean Left.

In a follow-up interview, Hwang told JAPAN Forward, “The reality is, the mainstream media in Korea has not reported any evidence or testimony that supports the truth on the comfort women or forced conscription issues to the public. Thus, Japan must establish communication channels to convey its views to Korea. I suggest Japan communicate, not with anti-Japan elitists, but with the general public in Korea.”

Hwang stressed that “Japan must, above all, be defiant in the face of the truth. If Japan prioritizes goodwill over truth,” Hwang said, “friendship efforts with Korea will inevitably fail. Unlike [South] Korea’s anti-Japan elites, the general public has no incentive to get involved in anti-Japan sentiments. Therefore, if we continue to persuade the Korean public with the conviction that they’ll one day embrace the truth, the dishonest groups in Korea shall eventually collapse.”

The March 2022 Sado Kinzan symposium in Tokyo, featuring researchers from both South Korea and Japan, did just as Hwang suggested. It is also symbolic of the work spearheaded by HARC president Professor Nishioka. In his most recent book, My Korean Experience, Nishioka writes that only a shared devotion to historical truth will help Japan and South Korea overcome division and achieve mutual respect.

Read other essays and interviews by Dr. Jason Morgan at this link.