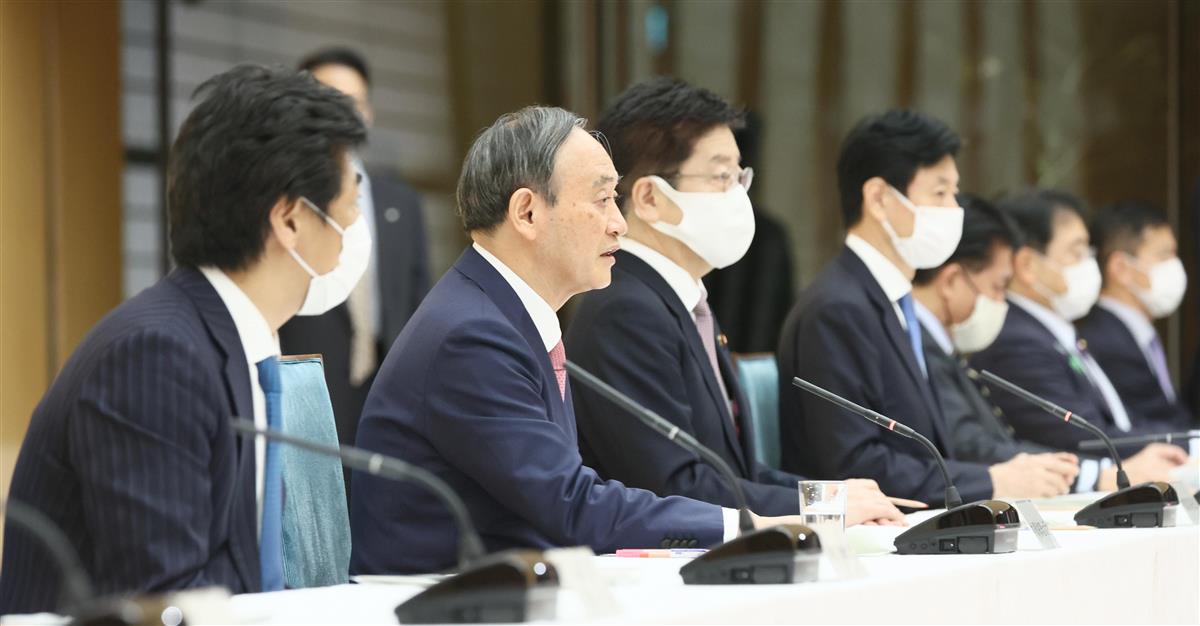 Led by Yoshihide Suga, on Friday April 9 the Japanese government decided to add Tokyo, Kyoto and Okinawa to the areas subject to new restrictions to slow the spread of COVID-19. Starting from April 12, the measures are set to be in place for approximately one month.

Tokyo Governor Yuriko Koike asked the central government to consider stronger measures on the evening of April 8, as cases have been rising in the capital. Tokyo has seen over 500 new cases a day for three consecutive days, including April 9.

Speaking following the cabinet meeting in the evening of April 9, Prime Minister Suga explained the reasoning for strengthened measures:

“There is the fear that the increase in infections will cause pressure on the medical system, and that is why we took this decision.”

These steps come as three other parts of the country are already under stronger restrictions, namely Osaka, Hyogo and Miyagi, which have all seen a surge in COVID-19 infections. Osaka registered 905 new daily infections on April 8, the highest level yet since the start of the pandemic.

The fear is that Tokyo might see a similar surge in cases. This is particularly a concern now, as April marks the start of the new financial and scholastic year when people often gather to celebrate, and the last week of April marks Golden Week, a time when many Japanese take extended holidays.

To address these concerns, the Tokyo Metropolitan government has asked the new measures stay in place until May 11, after the end of the Golden Week holiday.

On April 8, Governor Koike told reporters: “With the new variant, things are changing. Tokyo could see a rise in cases at any moment, such as we’ve seen in Osaka.”

The new restrictions apply to the 23 wards of Tokyo, plus neighboring areas such as Tachikawa and Musashino, which are both within the greater Tokyo metropolis. In addition, the city of Kyoto, and Naha, the capital of Okinawa Prefecture, are also included under the new measures.

One of the main causes for the recent surge in infections is attributed to the spread of COVID-19 variants. As of now, the Ministry of Health has identified four mutant varieties. They are from the U.K, Brazil, South Africa, and a recently discovered E484K variant which is spreading in the Kanto region of Japan.

As Prime Minister Suga pointed out: “In Osaka and Hyogo, the new variants represent about 70 percent of the new infections. As of now, Tokyo cases of mutant varieties have come up to 20 percent of infections. We are going to monitor the situation closely.”

Minister for Economic Revitalization Yasutoshi Nishimura provided a prequil to the decision on the morning of April 9, when he said: “We are assessing the actual effects of different variants, and as a result, we want to strengthen measures [to fight the virus].”

Professor Shigeru Omi, the head of the government subcommittee on COVID-19, echoed Minister Nishimura’s sentiments later on April 9 by saying that he felt “a strong sense of crisis with relation to the new variants of the virus.”

Professor Omi also suggested that dealing with the rise of infections might be trickier than in previous periods, due to the onset of “Corona Fatigue.” Japan ended the second state of Emergency on March 21, while noting the waning compliance of residents as the end of March approached.

“Everyone is used to COVID-19 now, and if we don’t send a strong message, I don’t think we can overcome this crisis, ” said the COVID-19 subcommittee chair.

Authority for the new restrictions falls under the legislative framework which was approved in February 2021, which makes it possible to impose stronger virus prevention measures at the specific city and regional level, without the need to call a nationwide state of emergency. Although the measures don’t include requests for restaurants and bars to close, they include requests to shorten business hours to close by 8 P.M., with the possibility of fines of up to ￥200,000 JPY ($2,000 USD) if they refuse to comply.

In addition, the government is asking people in Japan to take other precautions, such as to avoid travel between prefectures to limit the spread of variants, avoid going to karaoke at all times, and for restaurants, to refuse entry to those who don’t comply with safety measures such as wearing masks.

Finally, Mr. Suga encouraged everyone to take the necessary precautions in order to avoid another state of emergency:

“I have taken these measures so we don’t have to call a state of emergency…whatever we might say about the variants, what we need to do remains unchanged: I am asking everyone to wear a mask, wash your hands, avoid the 3Cs, avoid unnecessary movement between regions. I want to deal with this situation with the utmost sense of urgency.”

RELATED: Information on previous states of emergency can be found at this link.