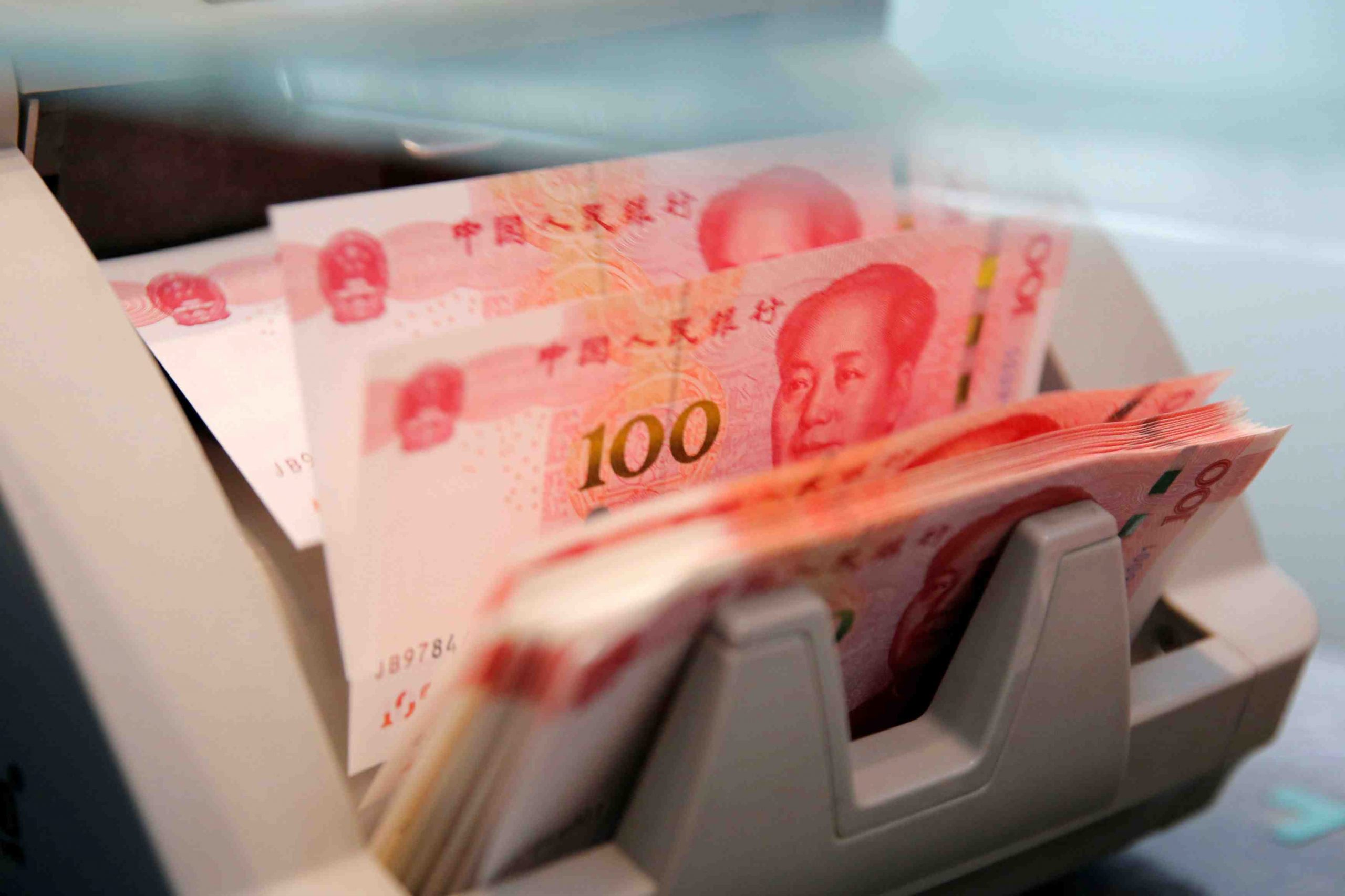 The COVID-19 pandemic has led to fiscal and monetary expansion at an unprecedented pace in countries around the world. However, China seems to be an exception, with the degree of its expansion downright anemic compared to those of Japan, the United States, and Europe.

Hampered by its foreign exchange difficulties, the Xi Jinping regime is finding itself in a bind on the economic management front as sanctions by the West encircle China.

The graph shows fiscal expenditures by major countries to counter the effects of COVID-19 in terms of increases in the amount of funds issued by the central bank in each of these countries for loans and other forms of financial support, as a ratio of total estimated GDP in 2020.

The data on fiscal expenditures and financial support was compiled by the International Monetary Fund at the end of 2020. The author calculated the total amount of increase for funds issued by the central banks based on the fiscal statistics for each country.

Japan, the U.S., and Europe

The United States comes in first in terms of the scale of fiscal expenditures. When the spending increases that have been authorized since the Biden administration took office in January are added in, the resulting amount is forecast to top 25% of GDP.

Japan’s fiscal expenditures of roughly ¥83.6 trillion JPY are expected to represent an even higher ratio of financial assistance to GDP than in the United States or Europe.

Central bank quantitative expansionary monetary policy to print money and flood the financial markets with funds was a decisive factor in escaping deflation and ensuring market stability in the United States and Europe in the wake of the Lehman Shock of September 2008. The Bank of Japan witnessed what happened during the Lehman episode, and thereafter adopted the loose money approach of “Abenomics” in December 2012. Since then, BoJ's  monetary expansion policy has reached an entirely different dimension as it employs financial easing to help Japan escape the deflationary trap it has long found itself mired in.

Moreover, since the coronavirus shock of March 2020, in order to raise the funds needed to counteract the effects of COVID-19, the central banks in Japan, the United States, and Europe have reinforced their quantitative expansionary policies centered on the purchase of newly issued government bonds.

While conservative monetary thinking has traditionally held that fiscal spending and fund issuance by central banks inevitably leads to aimless expansion while inviting virulent inflation followed by high interest rates, in this case they have not led to soaring prices. In fact, the inflation rate still hovers around zero in Japan, the United States and Europe. It appears that the global tide regarding finance and fiscal policy may have reached a historical turning point.

Returning to the graph, although China is second only to the United States in terms of GDP size, the levels of its finance and monetary measures for dealing with the coronavirus-induced economic downturn appear to be at abnormally low levels.

At the time of the Lehman Shock, the Chinese government increased its fiscal expenditures to 15% of GDP. And the Bank of China (BOC), that country’s central bank, increased fund issuance to roughly the 10% level. Nevertheless, this time around the corresponding levels are only 4.7% and 1.26%, respectively.

Of course, the Xi regime no doubt has an excuse. Even though it was the point of origin for the global coronavirus pandemic, by unleashing the full power of the state to carry out rigorous lockdowns in urban areas and other measures, the ruling Chinese Communist Party (CCP) proved largely successful in stopping the spread of the virus in-country.

Economic activity soon returned to normal, and in 2020, among the world’s major economies, China was the only one to register real economic growth with a positive 2.3% year-on-year.

As a result, China did not need to engage in large-scale financing and monetary easing like Western nations.

However, don’t be fooled by what at first sight looks like a rosy picture.

The main reason for the positive GDP growth was an increase in China’s trade surplus. The country’s factories got back online quickly, and began exporting to Japan, the United States, and Europe, where production had often ground to a halt due to COVID-19.

At the same time, domestic demand was stagnant. For example, looking at the wholesale and retail segments for trends in household consumption and so on, we find that even during the October-December quarter of 2020, when there was a conspicuous rebound, sales were still down 1.3% from the same period the year before.

Why should that be?

The PBOC provides capital by purchasing foreign currency. In essence, China’s currency/monetary system is based on the U.S. dollar, so it is dependent on foreign countries.

However, China’s foreign exchange reserves have hardly increased at all since 2017. On the one hand, it secures foreign exchange through its trade surplus and foreign investment in China. On the other hand, enormous amounts of capital have been fleeing the country. As a result, whereas up until the middle of 2012 the ratio of foreign reserves to funds issuance by the People’s Bank of China exceeded 100%, as of February 2021, it had slipped to the 65% level.

If its dollar support should slip even further, faith in the Chinese currency, the renminbi (Rmb), will inevitably take a hit.


Above: A Chinese police officer in position by the road near what is officially called a vocational education centre in Yining in Xinjiang Uighur Autonomous Region, China September 4, 2018. REUTERS/Thomas Peter/File Photo

Another threat to the Xi regime comes from the trade and financial sanctions the United States has imposed on China since the time of the Trump Administration. With Beijing stripping Hong Kong of the high degree of self-rule it had promised at the time of reversion and suppressing the democracy movement there, not only has the U.S. government frozen the assets of some CCP officials and placed restrictions on financial transactions by them, it also has the legal means, in certain circumstances, to halt conversion of Hong Kong dollars into U.S. dollars. If the United States were to take that drastic action, it would shut down the route by which China uses the Hong Kong dollar as a medium for converting Rmb into U.S. dollars.

The Biden administration has also called for international encirclement of China with sanctions to punish it for human rights violations against the Uighur minority in the far northwestern province of Xinjiang. EU countries ― even Germany, which normally gives business priority in its relations with China ― have expressed support for the effort.

Yang Jiechi, director of the Central Foreign Affairs Commission of the Chinese Communist Party, directing his fire at U.S. Secretary of State Antony Blinken, pointedly criticized U.S. “financial hegemony” during the recent U.S.-China diplomatic talks held in Alaska. That could well have been Xi Jinping himself whining.

In the end, finance is the Achilles’ heel of the totalitarian.

(Find access to this special Sankei Shimbun article in Japanese at this link.)