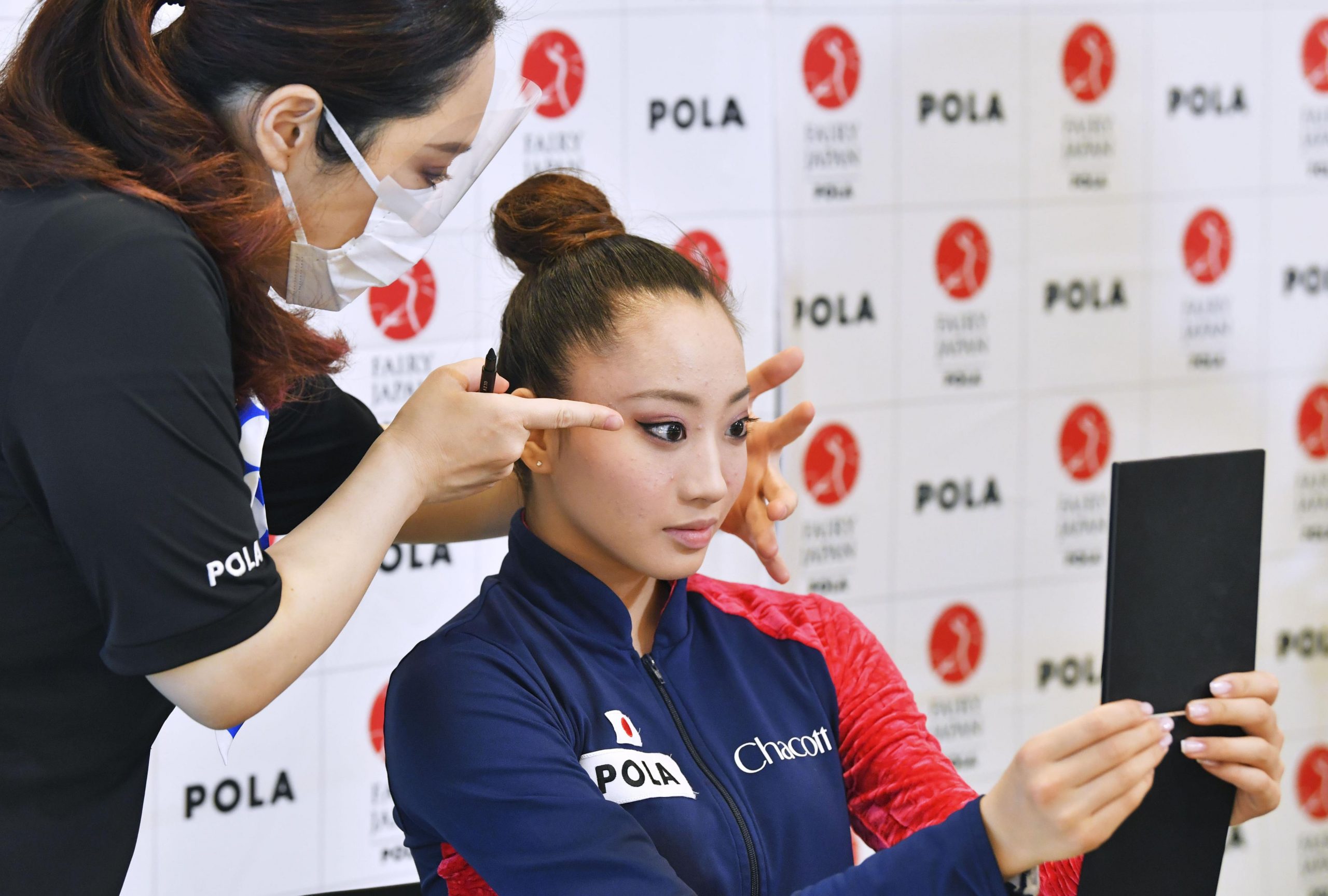 POLA is helping the Fairy Japan team at Tokyo 2020. The model is Chisaki Oiwa. ©Rimako Takeuchi

Cosmetics firms are playing a key role in supporting athletes at Tokyo 2020.

In the more glamorous Olympic events mentioned above, makeup is a key factor. The high quality of Japanese cosmetics will undoubtedly help athletes stand out with some aesthetically pleasing performances.

Kose, which has sponsored Japan’s artistic swimming team “Mermaid Japan” since 2006, has been working on makeup design and advised the Japanese swimmers. It has also provided commercially available cosmetics, such as its FASIO brand range.

The products on offer include eyeliner and eyebrow pencils known for their excellent colors.

Many of the products are waterproof and resistant to sweat and water. Artistic swimming involves a number of vigorous underwater movements, but Kose’s cosmetics have been created in such a way that they can withstand rugged exposure to water.

Moreover, four different kinds of makeup design have been prepared for the various artistic swimming performances, such as the “Kunoichi (female ninja)” in the duet technical routine.

“We want people to notice the power in our eyes across all performances. So things like makeup are important,” says artistic swimmer Megumu Yoshida.

POLA Teams Up with ‘Fairy Japan’

In the case of POLA, the company has been an official partner of Japan’s rhythmic gymnastics team, known as “Fairy Japan,” since 2007. Pola’s current makeup campaign is based around light and shadow.

“The shadow part symbolizes injuries and the restrictions caused by COVID-19,” explains Pola’s makeup director Hiroki Nakaoka. Meanwhile, the shadow is accentuated by the light of the brilliant performances at Tokyo 2020.

Pola is offering various products at Tokyo 2020, including its high-end B.A. product range.

Hopefully the colorful contributions of Kose and Pola will help bring gold to Japan’s artistic swimmers and rhythmic gymnasts.