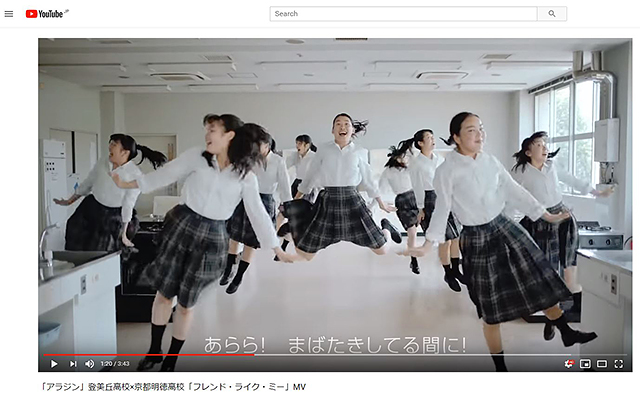 As in many markets around the world, the live-action adaptation of the Disney classic Aladdin has proven to be a huge success here in Japan.

According to Eiga.com (accessed 7/8 JST), it was still ranked #1 among all films playing in Japanese theaters in the final weekend of June, four weeks after its release.

As part of its ongoing promotion of the film, Disney released a music video for one of its most memorable songs, the fun and rousing number “Friend Like Me,” performed by a talented cast of Japanese high school students.

The energetic and inventive dance routine involves students from Tomioka High School Dance Club and Kyoto Meitoku High School Marching Band performing in classrooms, hallways and the gym, and finally an ensemble with all students outside. 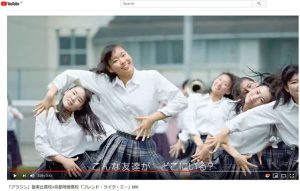 The rest of the article can be viewed on our partner’s website, grape Japan at ”Japanese High Schoolers Pull Off Amazing Dance Routine To Aladdin’s “Friend Like Me“