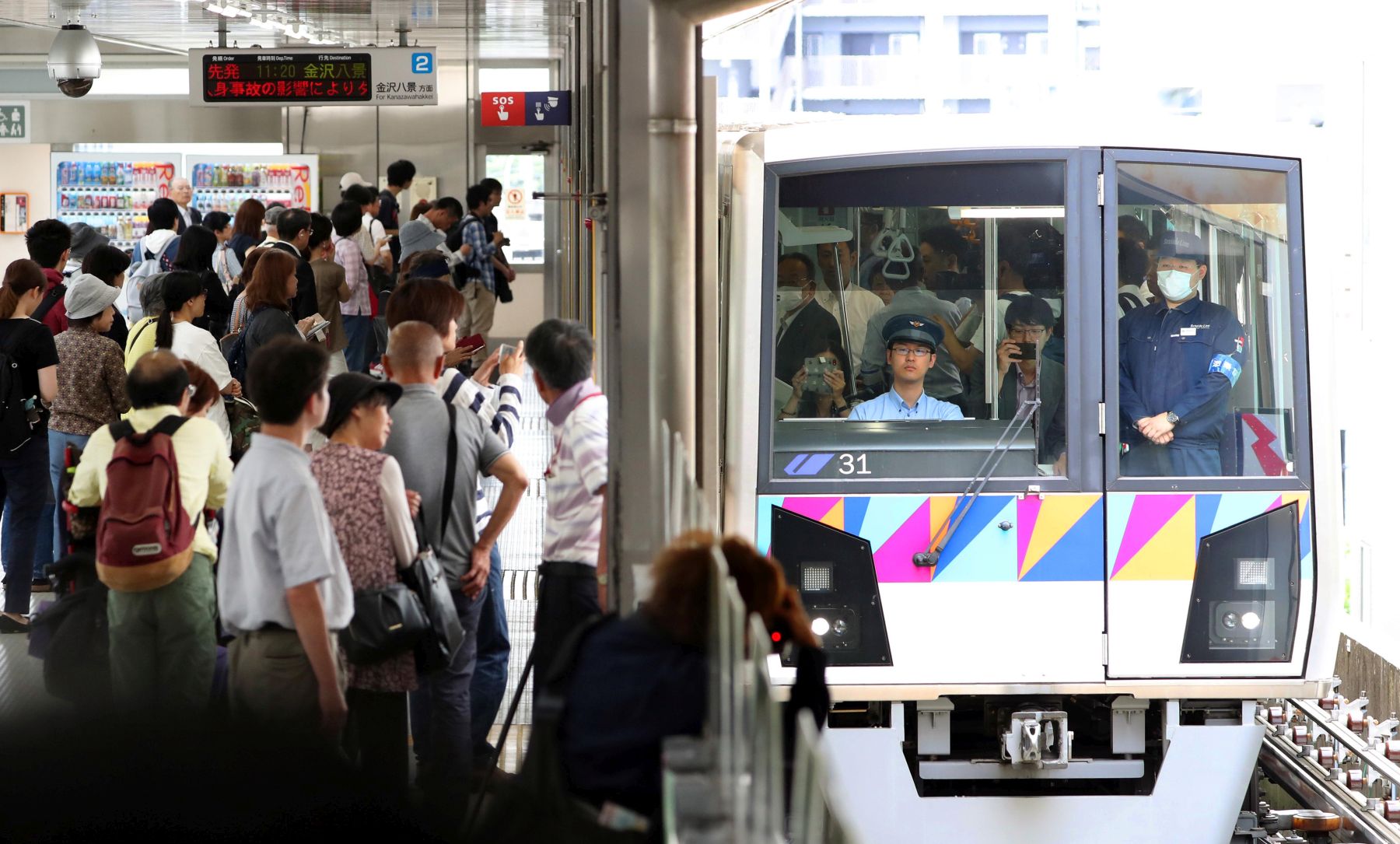 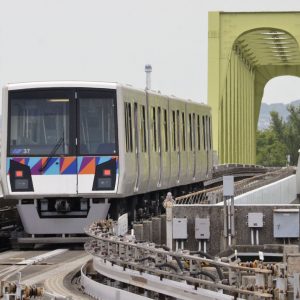 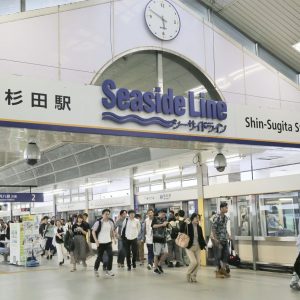 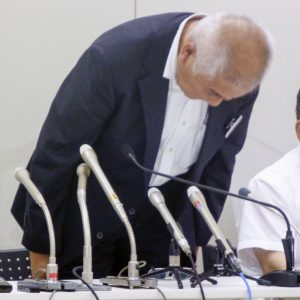 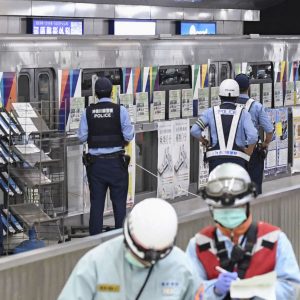 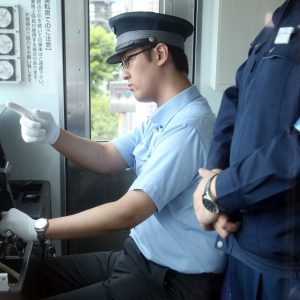 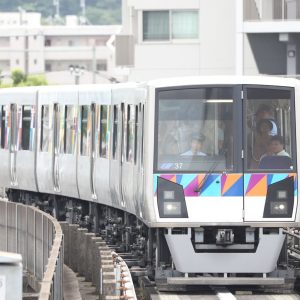 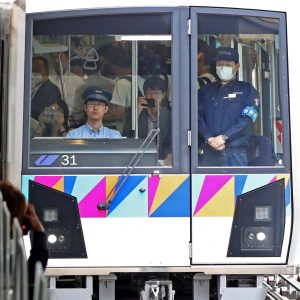 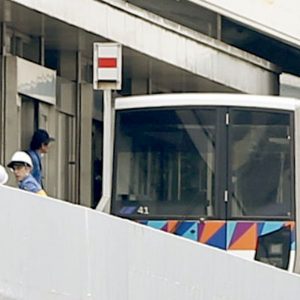 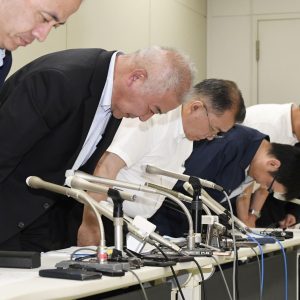 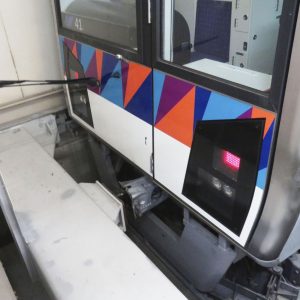 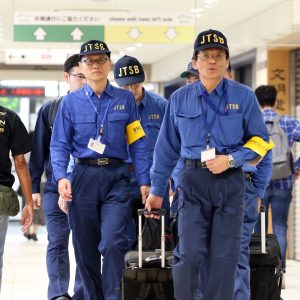 The Seaside Liner that figured in an accident by running in the wrong direction on June 1, 2019. Service resumed July 4, using manual, driver-operated trains. Isogo Ward, Yokohama (Photograph by Noriaki Sato)

Over a month has passed since the accident in which the Yokohama Seaside Liner, an automated people mover system self-driving train, ran in the wrong direction and hit the station bumper.

Upon investigation, the cause of the accident appeared not to be the automated system itself. Nevertheless, fears about automated trains with no driver in control have not abated. How can these trains adequately respond in the event of a major earthquake or other natural disasters?

There are calls for a thorough investigation of the hidden hazards in high-tech transportation systems operated by computers rather than human beings. At the same time, it also helps users to know the mechanics and history of this technology.

Driverless trains are made possible by a system called the “automatic train operator” (ATO), which uses computers to direct train movement. If a train exceeds the speed limit, a mechanism called the “automatic train control” (ATC) system takes over operation of the vehicle, automatically applying the brakes and then easing them again when the train speed falls below the limit.

The ATC system is used on Japan’s Shinkansen bullet trains and some subway lines, but not the ATO system, which has the additional capability of stopping and starting trains automatically at a station.

The Kanazawa Seaside Liner accident occurred on the night of June 1 at the train’s starting station, Shin-Sugita. When the driverless train started its trip back, it ran about 25 meters in the wrong direction, crashing into the train station’s bumper and injuring 14 people.

According to the company operating the train line and the Japan Transport Safety Board, there was a possible problem with the wiring linking the train car’s motor controls. One of the two wires that transmits instructions to direct the train’s movement and direction became disconnected and came into contact with the frame of the train for an extended period of time. This prevented the instruction to switch directions, as a result of which the train ran in the wrong direction.

“If a driver had been operating the train, he or she would have realized immediately that something was wrong and quickly stopped the train,” pointed out railway journalist Kiyoshi Umehara.

In 1993 the Osaka “New Tram” — another self-driving train — malfunctioned, hitting the buffer at Suminoe Park station in Osaka and injured over 200 people.

The Tokyo Metro Marunouchi and Namboku lines use ATO, but do not operate driverless trains. Tokyo Metro explained, “There absolutely must be a driver on board to respond in the case of an emergency.”

Railway analyst Ryozo Kawashima said: “The fact that the departing train moved backwards was highly unexpected. An emergency brake mechanism should be built into the system to stop the train quickly in the event it goes backward.”

He further emphasized the importance of a “fail-safe” that utilizes two or three kinds of backup in order to prevent one malfunction from turning fatal.

The Danger of the Unknown

Kansai University professor Seiji Abe, an expert on transportation policy theory, said on the one hand, “Automated trains have a high level of safety because there is no risk of human error.” He acknowledged, however, “There is a question of how to guide and protect passengers in the event of an earthquake or other natural disaster.”

There are concerns over other unknown dangers lurking in the high-tech ATO system for automated driving. “There is a risk that transportation infrastructure could be a target for cyber-attacks,” warned Mitsuru Fukuda, a professor at the College of Risk Management at Nihon University. “It is necessary to create a way to protect the system from hacking.”

In general, automated driving is considered to have a lower risk of accidents than piloted driving. But ATO is a “double-edged sword,” said Professor Fukuda. “Even though it is said to be safe, it is natural to feel uneasy about trains without drivers. It is imperative that the monitoring function be further strengthened to deal with unforeseen circumstances,” he said.

Vehicles of the Near Future: 38 Years of History

Urban automated people movers that run on elevated railway lines characterize transportation vehicles of the near future. But their history goes surprisingly far back to the Kobe Port Liner, which began operations of the first automated railway in 1981.

There are also railway lines which operate one-man drivers without installing ATO. The Yukarigaoka Line in Chiba Prefecture utilizes the automatic train stop (ATS) system, while a driver operates the train manually. Along with the Leo Liner in Saitama Prefecture, it is one of a few lines out of the many third sector automated people movers managed completely privately.

Automated people movers with their small cars and lower cost of construction have gained a foothold particularly in regions without otherwise poor rail access. The Nippori-Toneri Liner is one of them. It connects the Toneri Park and nearby neighborhoods in Tokyo’s Adachi Ward, sometimes referred to as a “land island” because of poor access, to the city. It is also the only publicly built transportation line using the automated people mover system.

Discontinued railway lines exist too. The Peachliner in Aichi Prefecture, jokingly nicknamed the “Pinchliner,” opened in 1991. It was shut down after only 15 years for lack of use due to its inconvenient access to the city.

There is no clear definition of automated people movers in Japan.

In general, trains with rubber wheels running on private elevated railway tracks are called “automated guideway transit” (AGT). They differ from existing railroads in that they use rubber instead of iron wheels.

They are quieter and produce less vibration than traditional rail systems with iron wheels on iron rails. Due to the force of friction they also have the advantage of being better able to handle steep slopes and curves.