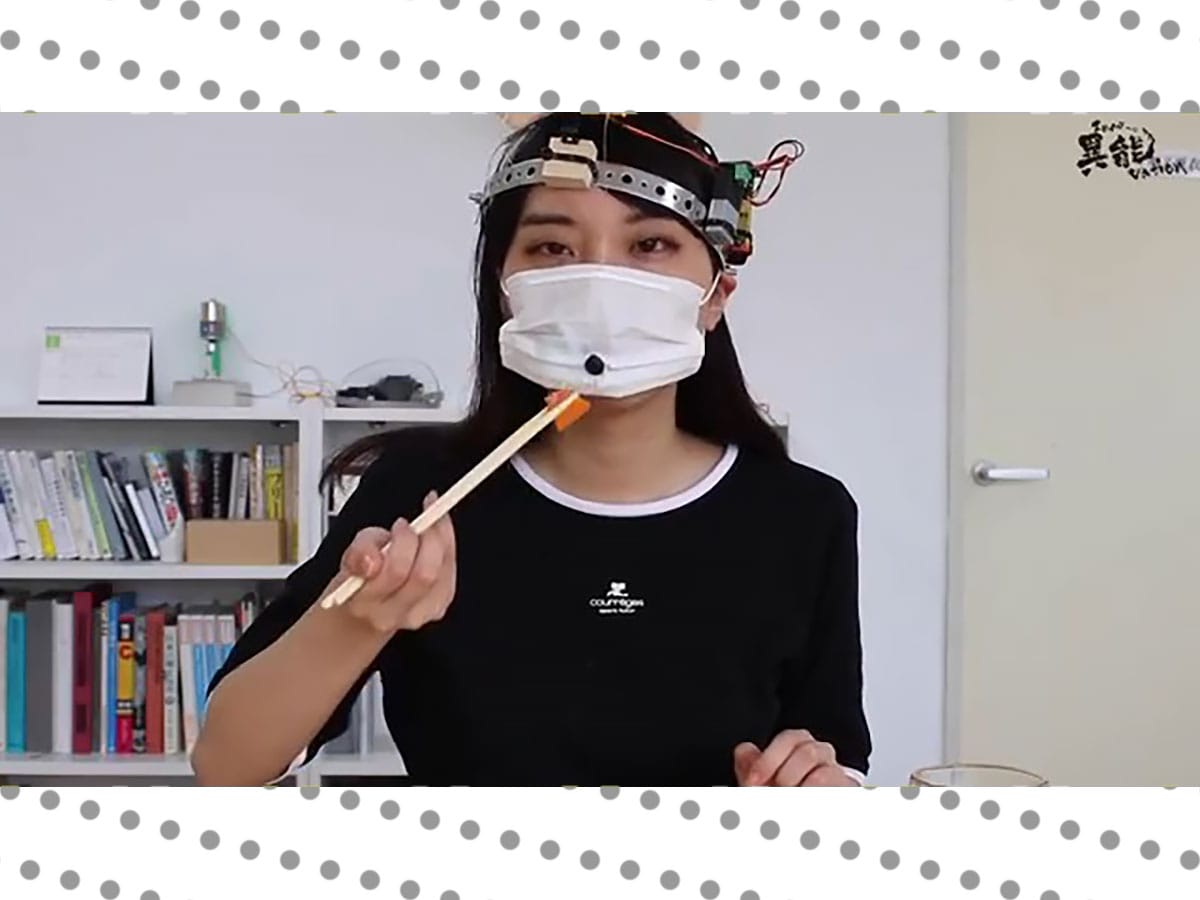 Although it has become somewhat of a political issue in some countries, medical authorities mostly concur that that wearing a face mask is useful the fight against the novel coronavirus. Nevertheless, it also comes with some inconveniences, one of them being the need to remove or at least lift the mask up or down when you eat.

To address this problem, or rather, to recognize the problem in a humorous way, Japanese inventor Marina Fujiawara has created a special face mask, which you can see in action below:

A Sony MESH motion sensor behind the mask detects incoming food, which then sends a signal through Bluetooth to a processor and motor that operates a lever attached to a string (all mounted on a head harness), and … presto! The face mask instantly rises up to give your mouth access!

If all of this looks unnecessarily unwieldy and impractical, not to mention an incomplete solution since you have to pull the mask down again with your fingers (potentially contaminating the mask), you’re not alone…

In the comments section, one user pointed out that the mask seemed to work, to which Fujiwara replied: “I can’t see anything during eating though.”

Welcome to the world of Marina Fujiwara, creator of useless inventions.

Born in Yokohama in 1993, Fujiawara started her YouTube channel “MUDA-ZUKURI” (wasted creations) at the age of 20 in 2013. She held her first exhibition two years later, then in 2016, she won an award in Google’s NextUp contest, thanks to which she received video production support which allowed her to improve her channel and reach a broader audience. Her solo exhibit in Taipei in 2018 attracted over 25,000 visitors.

The rest of the article can be viewed on our partner’s website, grape Japan at ”Japanese inventor makes face mask that rises to let you eat, other “useless machines” for pandemic times.“