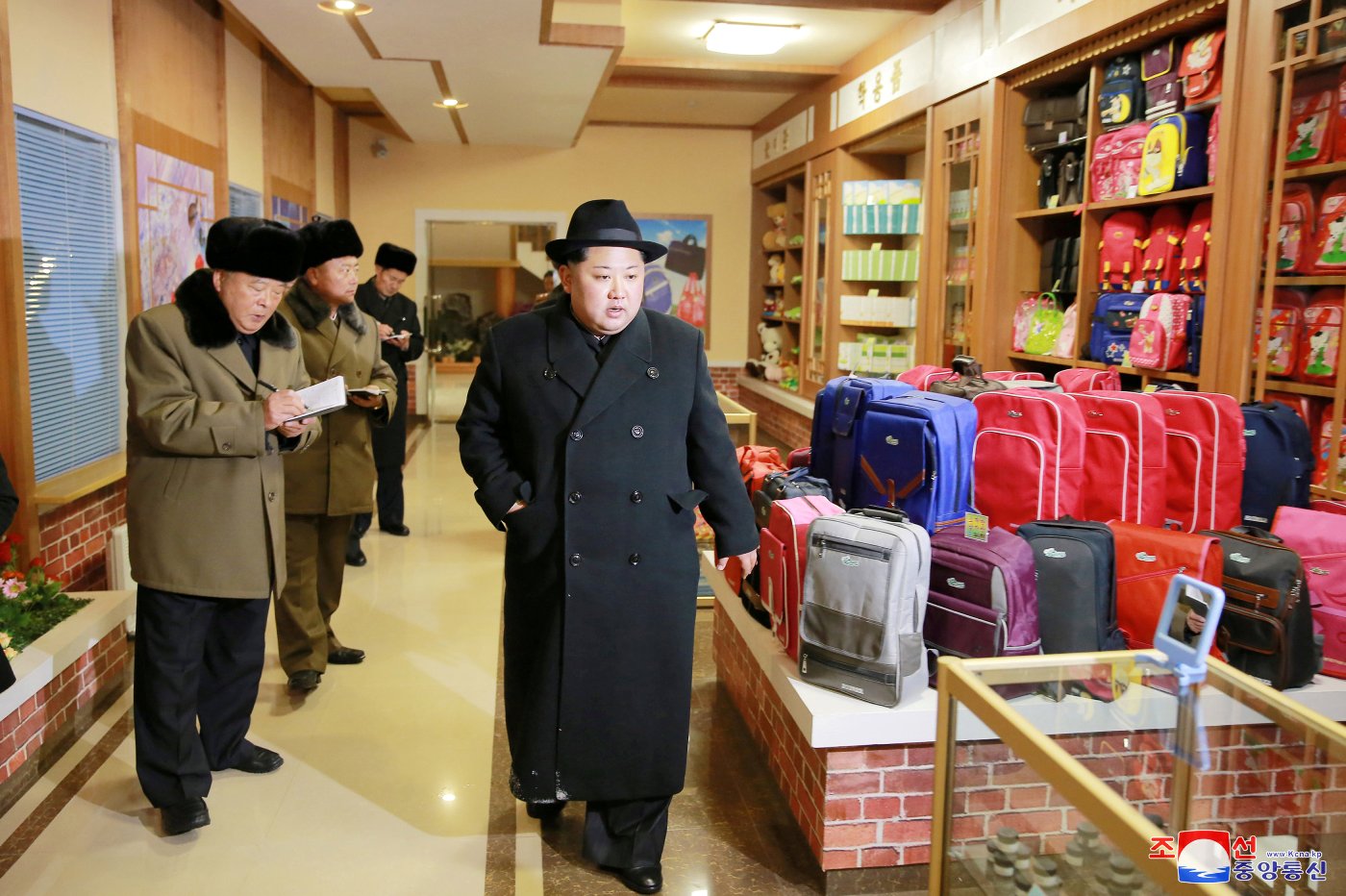 Last December 14th, Japanese law enforcers arrested three men in Shibata City, Niigata Prefecture, including Yuzuru Yachida, 47, the CEO of M-Create Inc., an environmental installation company. The charges: violations of the foreign exchange law violations—specifically, exporting without a license. They are suspected of involvement in the illegal export of foodstuffs to North Korea.

In reply to the Sankei Shimbun Newspaper’s request for comment, M-Create Inc. said that “the supervisor is not in at the moment, so we cannot make any comment.” Authorities are increasingly convinced that the suspects, Yuzuru Yachida and company, began buying goods domestically in 2009, in response to a request from the North Koreans, and that the men were responsible for the “buyer network.”

Due to North Korean nuclear tests, the Japanese government has economic sanctions in place, including a complete ban on exports to North Korea. How then are Japanese products on the market?

According to police officials, a new version of the Dalian branch of North Korean company Daisho Trade, a company blacklisted by the Ministry of Economy, Trade and Industry as an export destination, is involved in the illegal exports. The cargo was transported from Dalian on the North Korean vessel Woo Lee Star 2.

North Korean operatives are known to operate fictional companies in the detour base, Singapore. In revealing links to M-Create Inc. and others, the incident illustrates the structure of “officially-sanctioned North Korean” illegal exports. Given that the investigation headquarters had also conducted a search on the parties involved, including M-Create Inc., last December, this appears to be developing into an unusual “long-term” investigation.

The goods exported in this latest may be are just daily-living essentials, as opposed to “strategic materials” able to be utilized in nuclear or missile development. However, Japan has implemented strict sanctions through the United Nations, and has completely prohibited all exports to North Korea, due to the latter’s continued nuclear and missile development and the increasing threat. Yet Japan remains as the procurement base, and the international community might doubt the seriousness of Japan’s commitment to implementing these sanctions— especially since the illegal exports to Pyongyang have apparently been going on for years.

On June 30th, 2014, the same suspects sent by sea 1,528 boxes of foodstuffs and other items, with a declared value of JPY7.16 million, from Yokohama to Singapore, with the intention of exporting the items to North Korea. Having left Singapore, the goods were thought to have been delivered to North Korea via Dalian (China).

A former United Nations official, who resided in Pyongyang, told the Sankei Shimbun Newspaper, “The array of Japanese products lining the shelves rivals that of a Japanese supermarket or department store.”

The high-end stores are stocked with good quality, luxury consumer electronics products and cosmetics, underwear, and even confectionery and soft drinks at relatively reasonable prices. The items have proven to be popular among North Korea’s elite.

North Korean leader Kim Jong-un, with his vision of “parallel economic and nuclear development,” can win public favor by presenting the capital as home to a “luxurious consumer culture.” That could also shift the policy focus away from the United States and Japan’s demand for a stop to its nuclear and missile development. As far as the Kim administration is concerned, luxury items, which are also seen as imperial gifts or rewards for loyalty, are essential to ensuring that the presence of the administration is felt.

Even now, high-quality Japanese products are thought to be making the rounds in North Korea. In order to plug the economic sanction loopholes the Japanese government must undertake the role of mobilizer. It must use every possible method, including a fundamental reform of apprehending methods, to destroy the numerous “buyer networks” that are still in operation.

(Click here, here, and here to read the original articles in Japanese.)