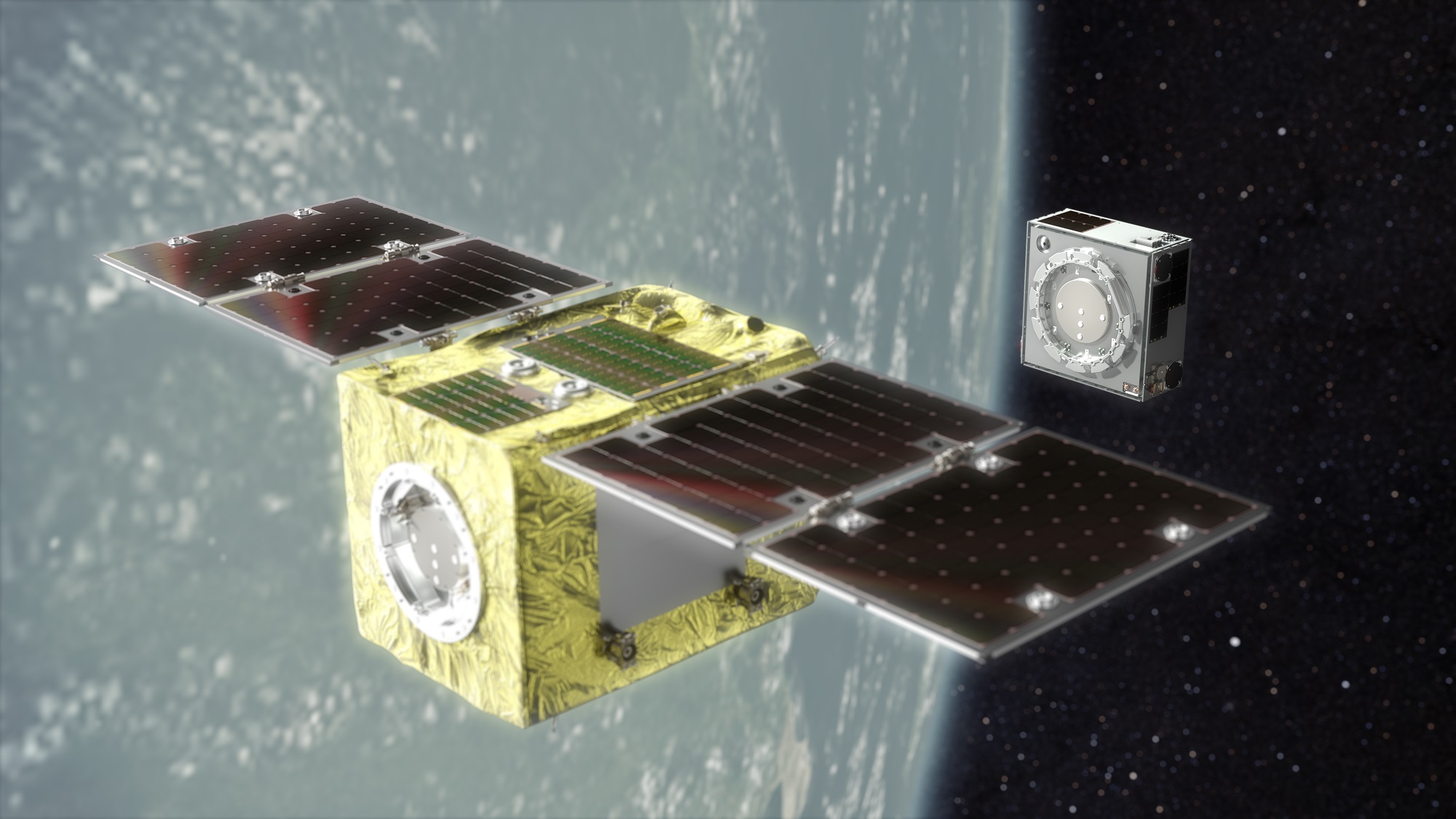 There are estimated to be more than 500,000 fragments of space debris measuring more than one centimeter in size, each hurtling around in space at a speed of 8 kilometers per second (km/s). If debris were to strike an artificial satellite, it could have a significant impact on the global meteorological observation and GPS (Global Positioning System) systems.

Now, however, a string of Japanese startups are coming forward with solutions for removing space debris from rocket parts and defunct satellites, as Japan’s technology leads the way to resolving the environmental issues of outer space.

The replica debris is fitted with a ferromagnetic “docking plate” that enables its retrieval by docking with the servicer satellite. The debris and servicer satellite will then plunge into the atmosphere together and burn up.

In the case of practical use, the docking plate should be installed on the satellite prior to its launch. This will allow an efficient removal of debris.

Astroscale CEO Mitsunobu Okada says: “A satellite’s orbital path is like an expressway on the ground for cars to run on. Functions for road service in space, such as removing malfunctioning satellites or refueling, are in demand.”

Another space startup that aims to remove space debris is ALE (Minato Ward, Tokyo), a company engaged in the development of man-made shooting stars. In January of 2019, along with Japan Aerospace Exploration Agency (JAXA) and Kanagawa Institute of Technology, the company started on the development of technology for debris removal.

ALE and the collaborating team developed a system that extends a long string ー called the electro-dynamic tether (EDT) device — from the satellite into space, and uses the Earth’s magnetic field to de-orbit the satellite so that it can enter the atmosphere and burn up. The device is mounted onto an artificial satellite prior to its launch, and when the operation is completed, the EDT is extended from the satellite into space. It can also be easily stored inside satellites, which are becoming smaller in size. The company aims to conduct a demonstration experiment during fiscal 2021.

Using the Atmosphere to Drag Junk Back

In addition, ALE adopted a different debris removal technology that was developed in collaboration with Nakashima Engineering Works, Ltd. (Hirokawa, Fukuoka Prefecture) and Tohoku University. At the end of the operation, a membrane will be deployed around the satellite, and the force of a slight atmospheric drag will prompt the satellite to leave orbit.

This technology was successfully demonstrated in December 2019. It is also being used on a satellite carrying the world’s first artificial meteors that is scheduled to be released in 2023.

In order to move forth with a series of developments of debris removal technology, ALE has recently raised a total of ¥2.2 billion JPY (about $200 million USD) from investors, such as venture capitalists.

The rocket launched from Kazakhstan on March 22 carried the Astroscale debris removal satellite as well as a small satellite, which the Fukui Prefecture commissioned the space startup company Axelspace (Chuo Ward, Tokyo) to develop.

Since the world’s first satellite was launched in 1957 by the former Soviet Union, 8,000 artificial satellites have been sent into space and more than 4,400 of them are orbiting the earth. As the number of small-sized satellite launches by startup companies is increasing, not only is there overcrowding in space, but there have been more collisions with failed satellites.

Amid the demand for sustainable space utilization, which possesses enormous potential, Japan’s debris removal technology is leading the world.