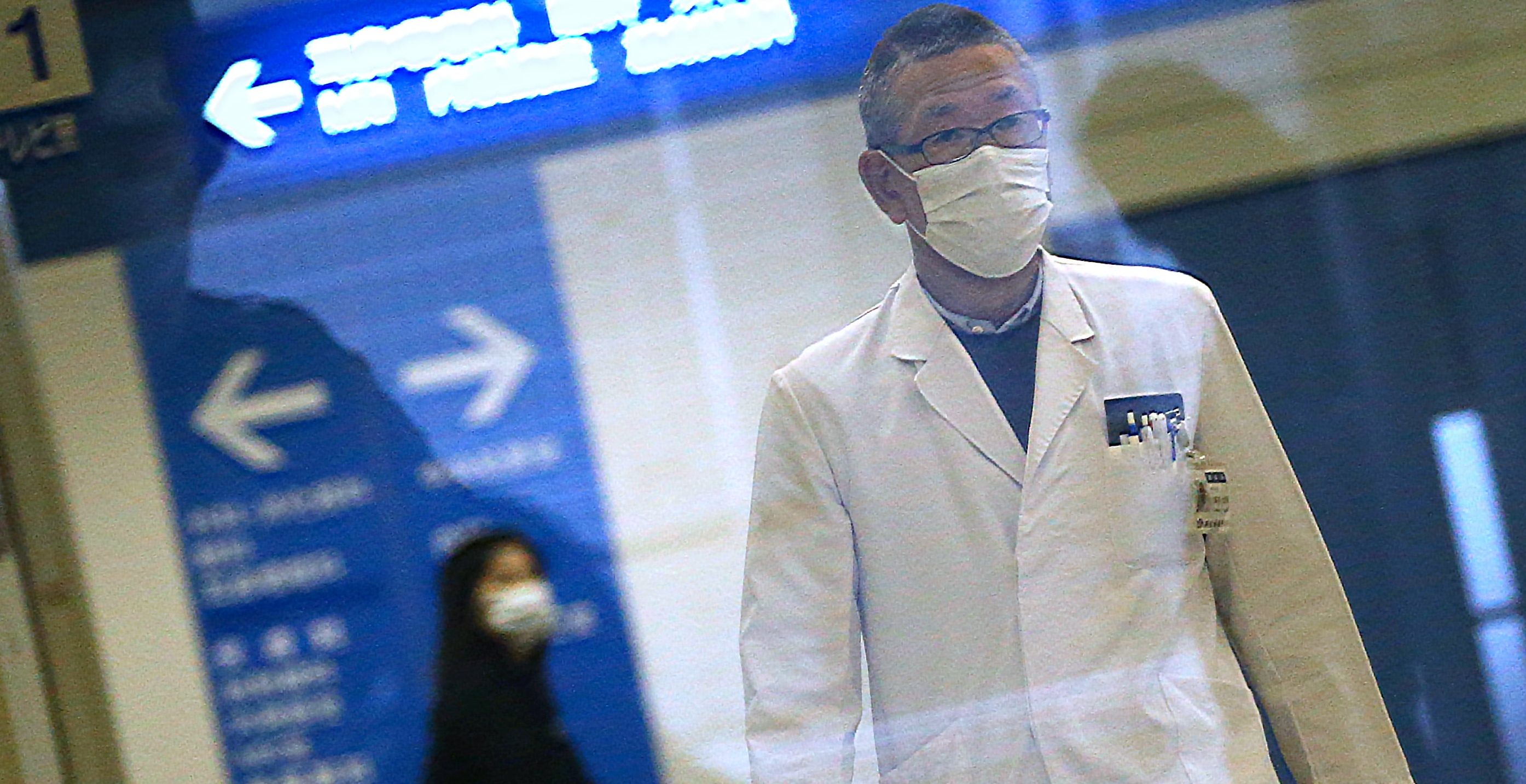 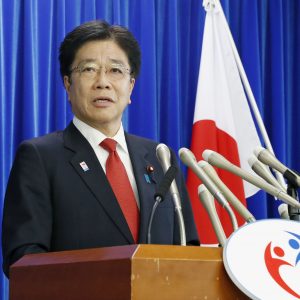 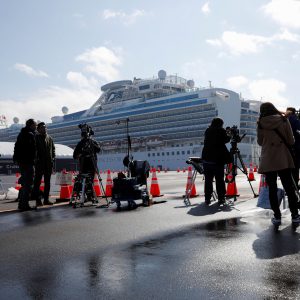 Diamond Princess Cruise Ship was quarantined in Yokohama Bay with 3700 passengers on board. 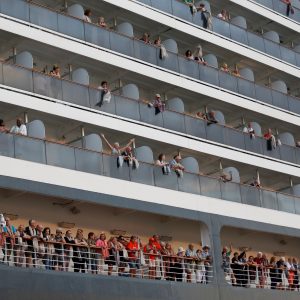 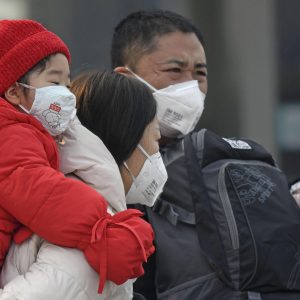 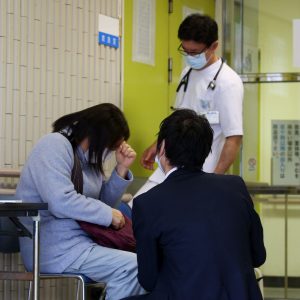 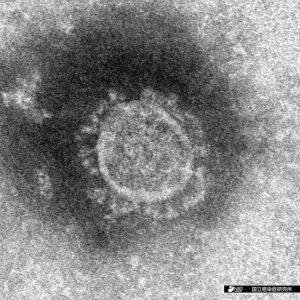 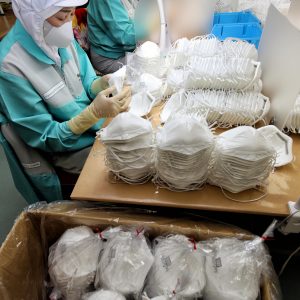 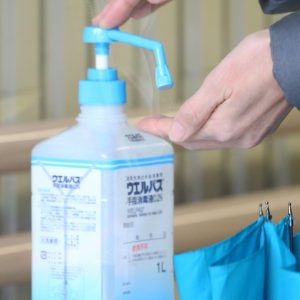 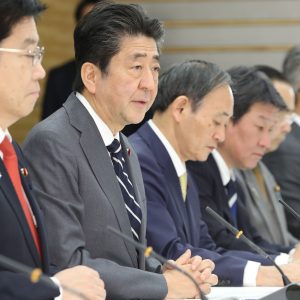 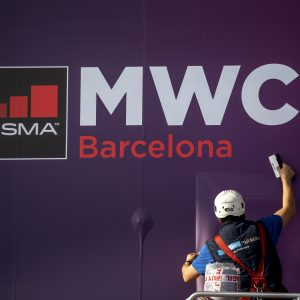 Many events, including the MWC mobile technology event in Barcelona, have been canceled due to the coronavirus 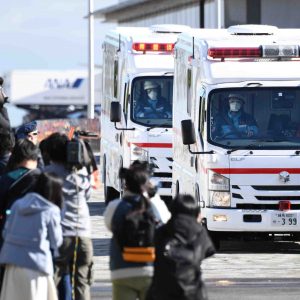 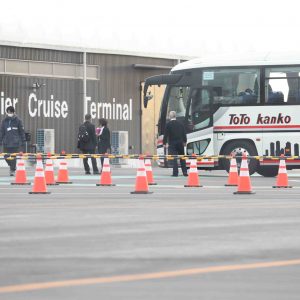 Guards, buses and emergency services at cruise terminal. The coronavirus is hitting the tourist industry hard.

The number of people confirmed with the novel coronavirus has been increasing daily around the world. More than 60,000 cases have been confirmed, and 1,370 deaths recorded in China, as of February 14.

The epicenter of the epidemic has been the city of Wuhan in Hubei province, China, where the dangerous nature of the virus was initially made public in mid-January. Since then, the virus has spread abroad, with more than 500 confirmed cases in 27 countries, as of late Friday, February 14.

The impact is being felt particularly acutely in Japan, the country with the most cases outside of China. And the sense of fear isn’t letting up.

In Yokohama Bay, the Diamond Princess cruise ship has been quarantined for more than a week, and the number of confirmed cases among its passengers and crew has climbed by the day.

Out of the over 3,000 people on board, 713 have been tested, out of which more than 218 cases of the novel coronavirus have been confirmed. Eight victims were in critical condition as of February 14. With people from 18 different nationalities on board, the episode is commanding the attention of the world.

In Japan, a big shock came on February 13, when the first death of a novel coronavirus patient was confirmed. In addition, several others were diagnosed with the virus between February 13 and 14. The source of contagion remained unclear, adding to the unease. There were a total of 251 confirmed cases throughout the country, mostly those on the cruise ship, as of February 14.

With the first death and the number of cases climbing, a more difficult problem seems to be arising: how to address the increased risk for the elderly who have been exposed to this virus. Compounding the problem is the unclear means by which the virus is spread.

Cause of Infection Unclear

Late on February 13, the first novel coronavirus death in Japan was confirmed. An 80-year-old woman living in Kanagawa Prefecture reported feeling generally unwell on January 22. The virus was suspected when her symptoms worsened on February 1. She was tested for the coronavirus a few days later, but test results were not back by February 12, when her symptoms had become severe. The coronavirus was confirmed the following day, by which time she had died. This is the third death outside of China due to the virus, after one victim each in the Philippines and Hong Kong.

It is unclear how the woman from Kanagawa was infected as she had no history of traveling to China. However, news of her death came on the same day her son-in-law, a 70-year-old taxi driver working in Tokyo, was confirmed to have contracted the virus. The taxi driver also had no record of traveling to China, but said that he thought some of his recent customers were from China. He reported to a hospital with fever symptoms in late January, and was confirmed to have the virus on February 13.

Commenting on the first death in Japan, Katsunobu Kato, Minister of Labor, Welfare, and Health, said on late-February 13: “The elderly and those who already have a pre-existing condition are particularly at risk from this virus. In the event symptoms are present, I would like to call on people returning to Japan, and those who might otherwise have been exposed to the virus, to visit a nearby medical center to receive appropriate care. I would also like to call on everyone to cover their mouths when coughing, wash their hands properly, and avoid crowded places.”

On the Diamond Princess cruise ship, concern had also been expressed about the condition of the 200-plus 80-year-old passengers onboard who had been confined in a small space for a long time. Accordingly, the Ministry of Labor took the decision on February 14 to let the 80-year-olds disembark from the cruise ship if they had tested negative for the coronavirus.

There was also mounting worry about how the virus is transmitted, as the method of infection isn’t clear. A 50-year-old surgeon from Wakayama Prefecture in Western Japan was diagnosed with the virus, with no record of having traveled to China. At the same time, a 20-year-old from Chiba Prefecture near Tokyo also tested positive.

On its part, the U.S. government informed the Japanese government that it will evacuate American citizens and their families on the cruise ship who do not have symptoms of the coronavirus. Around 40 Americans with symptoms are said to have been transferred to hospitals in Japan for treatment. About 380 Americans are reported to be on the ship. Those who choose to be evacuated have been told they must undergo another two weeks of quarantine at an American military base in the U.S. before returning to their normal lives.

On February 13, in response to the worsening situation, the government decided to put in place special measures to deal with the crisis, and allocated ￥10.3 billion JPY (about $93 million USD) to improve the government’s ability to respond to prevention, diagnosis, and treatment of the coronavirus.

The bulk of the funds were allocated to caring for those who were repatriated from Wuhan and those stuck on the Diamond Princess cruise ship. However, funds were also earmarked for strengthening border controls and directing investment in the production of surgical masks.

Other actions included the allocation of funds to the National Institute of Infectious Diseases to design a system which would allow testing for many people at once, setting up regional facilities to more conveniently test those who are suspected of having contracted the virus, and developing kits for quick initial testing.

Some of the funds were also designated for providing financial relief to small and medium businesses affected economically by the virus, especially the tourism industry.

Japanese Prime Minister Shinzo Abe commented on the government response on the morning of February 14, telling journalists: “The aim is to limit the impact of virus and prevent the situation whereby the condition of those infected would worsen.”

Taro Aso, Deputy Prime Minister and Minister of Finance, also commented, “We want to limit the spread of the virus, and deal with the affected industries.”

Fear of the spread of the highly contagious virus is being felt in Japan and abroad. As a consequence, big fairs and events are being canceled in many places around the world.

One of the affected events — EduTech, which was scheduled for February in the Philippines — has been postponed. The MWC mobile technology event in Barcelona, Spain, also set to take place in February, was cancelled. The Art Basel 2020 event in Hong Kong, scheduled for March, was also canceled.

In Japan, meanwhile, the biggest digital camera-related event in Asia was set to take place for four days from February 27 at the Yokohama Pacifico event site. It was canceled on February 14, because of the novel coronavirus.

On the event page the organizers said: “The event attracts a 70,000 unspecified visitors and therefore cannot completely eliminate the risk for infection. The CIPA (Camera and Imaging Products Association) believes it is important to avoid such risk at all cost.”