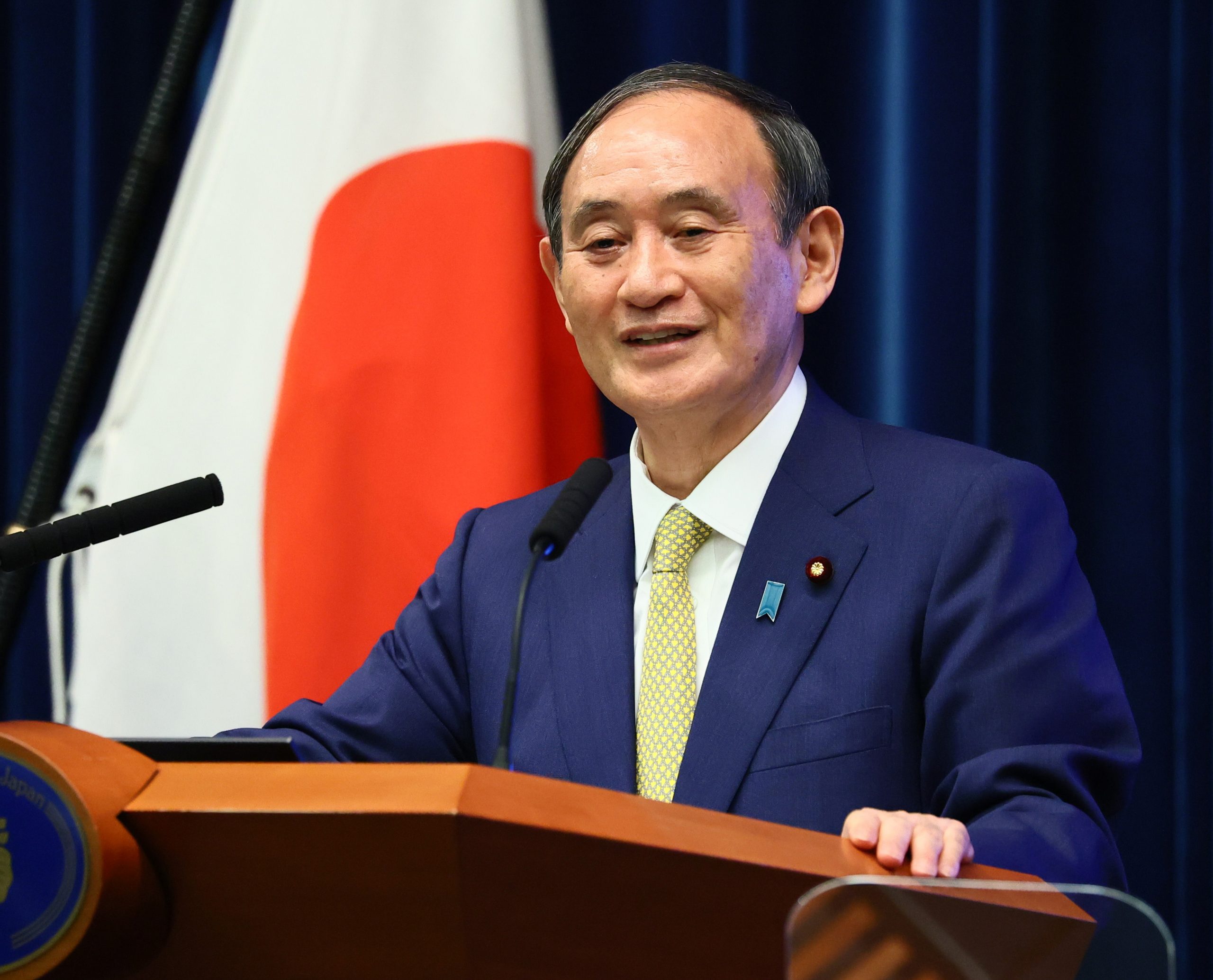 Prime Minister Yoshihide Suga, during a press conference on September 28, 2021.

On September 28, Prime Minister Yoshihide Suga held a press conference to announce that the state of emergency and quasi emergency measures against COVID-19 will end as scheduled on September 30.

This marks the first time in over six months that no region in Japan will be under special measures to fight the spread of the virus.

Tokyo, which has been one of the regions worst affected by the virus, was put under emergency measures from July 8.

“In this long fight against COVID-19, I have the feeling that the light at the end of the tunnel is shining brighter everyday” concluded Suga.

“I would like to thank the Japanese people for their cooperation, thank you,” said the outgoing prime minister, as he bowed to those present.

In practice, most of the changes affect restaurants, karaoke bars and event venues. “While taking precautions against the virus,” PM Suga explained, “we are going to slowly relax the measures in restaurants and so on. We are entering a new phase.”

For the coming month of October, restaurants that have implemented COVID-19 prevention measures, such as regular disinfecting and installing plastic panels to keep social distance between customers, will be allowed to serve alcohol until 8 P.M, and stay open until 9 P.M.

Those not implementing COVID-19 prevention measures will still have to shut their doors at 8 P.M.

Karaoke parlors, generally, will still have to stay closed for the coming month.

Large events such as concerts will be allowed to take place, but only at 50 percent capacity, with a ceiling of 10,000 people.

Entrance exams for high schools and universities are set to take place as planned, accompanied by the necessary COVID-19 prevention precautions.

Still, governors are left with discretion on how best to tackle the state of infection in their prefectures.

Going forward, Suga on September 28 gave some reason to be optimistic about the further relaxation of rules. Discussion is underway to allow economic activity for those with vaccine certification or a negative PCR test, for example.

Earlier in the week, the government had already announced that, for those arriving in Japan who have completed their vaccinations, the quarantine will be shortened from 14 to 10 days, with further relaxation under consideration.

Upon being asked a followup question on the prospects for foreign exchange students who are still denied entry, PM Suga explained:

“From the point of view of making our universities more international and improving research, the acceptance of foreign exchange students is very important to us.” He went on, however, expressing the mixed considerations that have prevented resolution of the issue up to now:

“Therefore I want to consider positively about opening the border to foreign exchange students going forward, depending on the vaccine situation in Japan, and the state of pandemic at home and abroad.”

The change in domestic strategy was brought about by a sharp decrease in new COVID-19 infections.

Starting from the end of July, the number of daily reported cases steadily climbed nationwide from just a couple of thousand a day, to a peak of over 25,000 new cases on August 20, according to data provided by Japan’s Ministry of Health.

Professor Shigeru Omi, chairman of the government advisory panel on COVID-19 policy who was also present at the press conference on September 28, explained that vaccinations have been a big factor.

Professor Omi elaborated on other possible contributing factors for the decline in new infections, including the active cooperation of the general population, and the theory that those not vaccinated refrained from going out and risk getting infected.

Going forward, the PM Suga pledged to continue addressing the pandemic in Japan, by “starting if possible the inoculation of booster shots by the end of the year (2021).”

Suga also stressed the importance of strengthening the medical system, so as not to be caught unprepared should a further wave of infections hit later in the year. That includes, he said, securing more hospital beds and trained staff.

An Appraisal of the Suga Administration

“It’s just been over a year since I took over as Prime Minister of Japan, and it’s been an almost uninterrupted daily race [against the virus]” reflected PM Suga.

On September 29 the leading party in the National Diet, the Liberal Democratic Party, of which Suga is currently president, is poised to elect a new leader, who will likely be confirmed as the next prime minister.

With the end of his term in sight, Suga reflected on his year as prime minister, comparing it to his tenure as chief cabinet secretary for seven years under former PM Shinzo Abe.

“I think the largest difference between these two roles is the sense of responsibility. If I call a state of emergency, it’s my decision, and it’s going to affect the lives of many people,” said PM Suga.

Addressing the worry of leaders abroad that a quick change of administration in Japan could lead to discontinuity in foreign policy, Yoshihide Suga conceded that “one year is too short for a prime minister to deliver an appropriate response.”

However, he also argued: “I served for a year, but I took over from Shinzo Abe, and continued policies […] such as the Free and Open Indo-Pacific, including an in-person meeting earlier this week.“