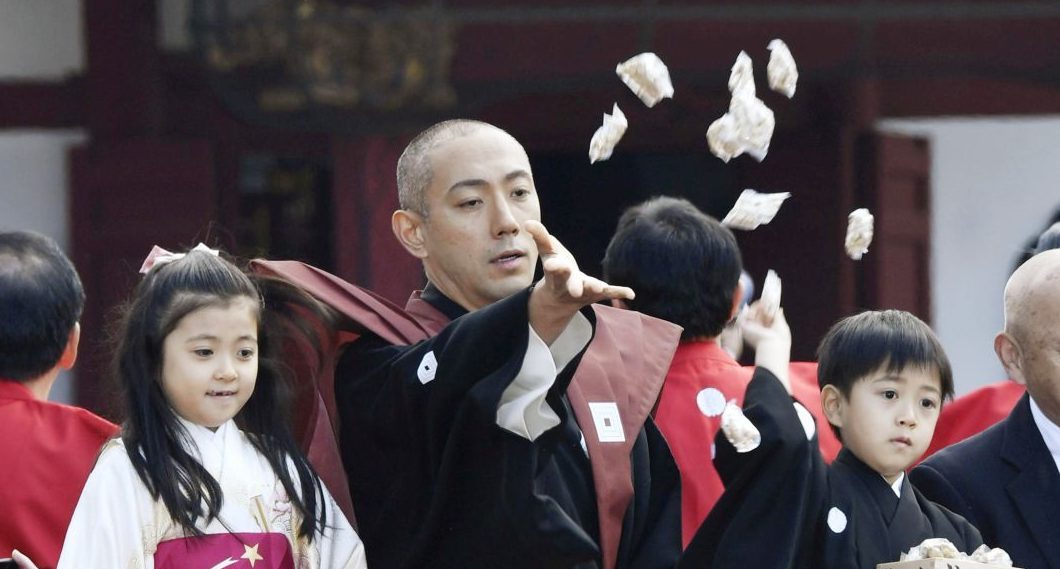 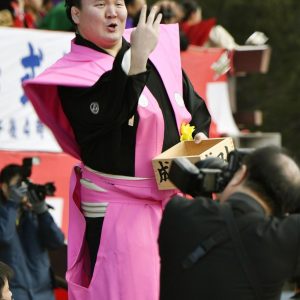 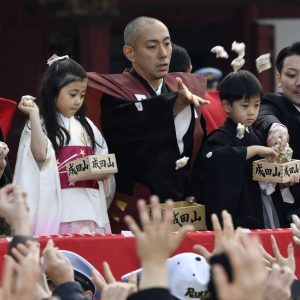 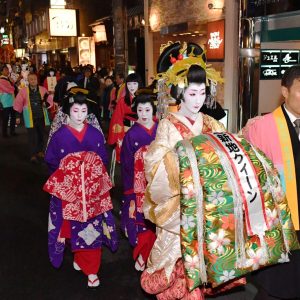 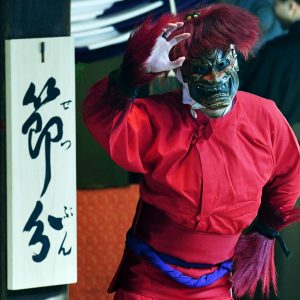 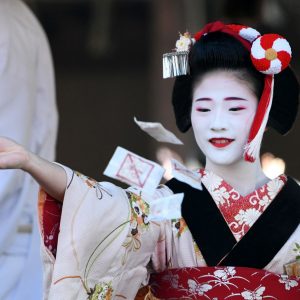 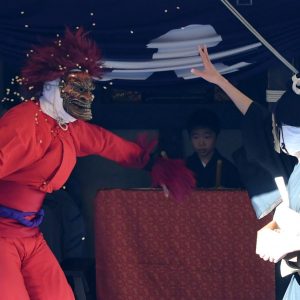 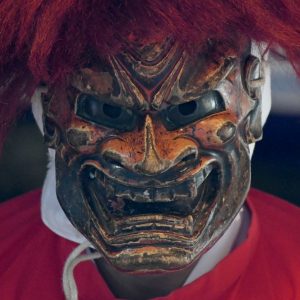 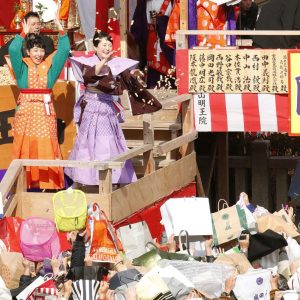 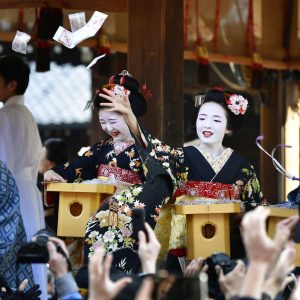 This seemingly odd Setsubun ritual means “the division of the season” and it marks the last day of winter in the lunar calendar. Japanese people celebrate the day with mamemaki, a ritual where soybeans are thrown to ward off bad spirits and pray for good luck.

The logic goes that, at the change of the seasons, the oni (evil spirits) might come out. To ward them off at home and at local shrines, people throw soybeans, which are thought to bring good luck.

When done at home, the head of the household dresses up as an oni by wearing a characteristic red mask, then shouts “Oni wa soto, fuku wa uchi!” (Out with the evil, in with good fortune!)

However, for those who want to enjoy Setsubun in the celebratory company of others, you can go to places like Naritasan Shinshoji. The aim is to be one of the happy few who catch the soybeans hurled at the jubilant crowd by celebrities, such as Ichikawa Ebizo, and pray for good luck.

The link with the Ichikawa family of kabuki fame is not fortuitous either. According to Naritasan Shinshoji, it is said that Ishikawa family patriarch Danjuro I came to the temple to pray to Fudoyoo for the birth of a boy, and his wish was granted. It is apparently for this reason that the guild name of Ishikawa became “Naritaya.”

An interesting characteristic of Setsubun at temples is that it’s believed there is no bad luck in the presence of the divinity. For this reason, ”Out with the evil” is omitted from the traditional chant.

The celebrities repeatedly cried, “In with good fortune!” as spectators stretched out their hands excitedly to reach out for the beans hurled toward the crowd. It was estimated that 60,000 participated in the celebration, with 1.2 tons of beans landing on the crowd.