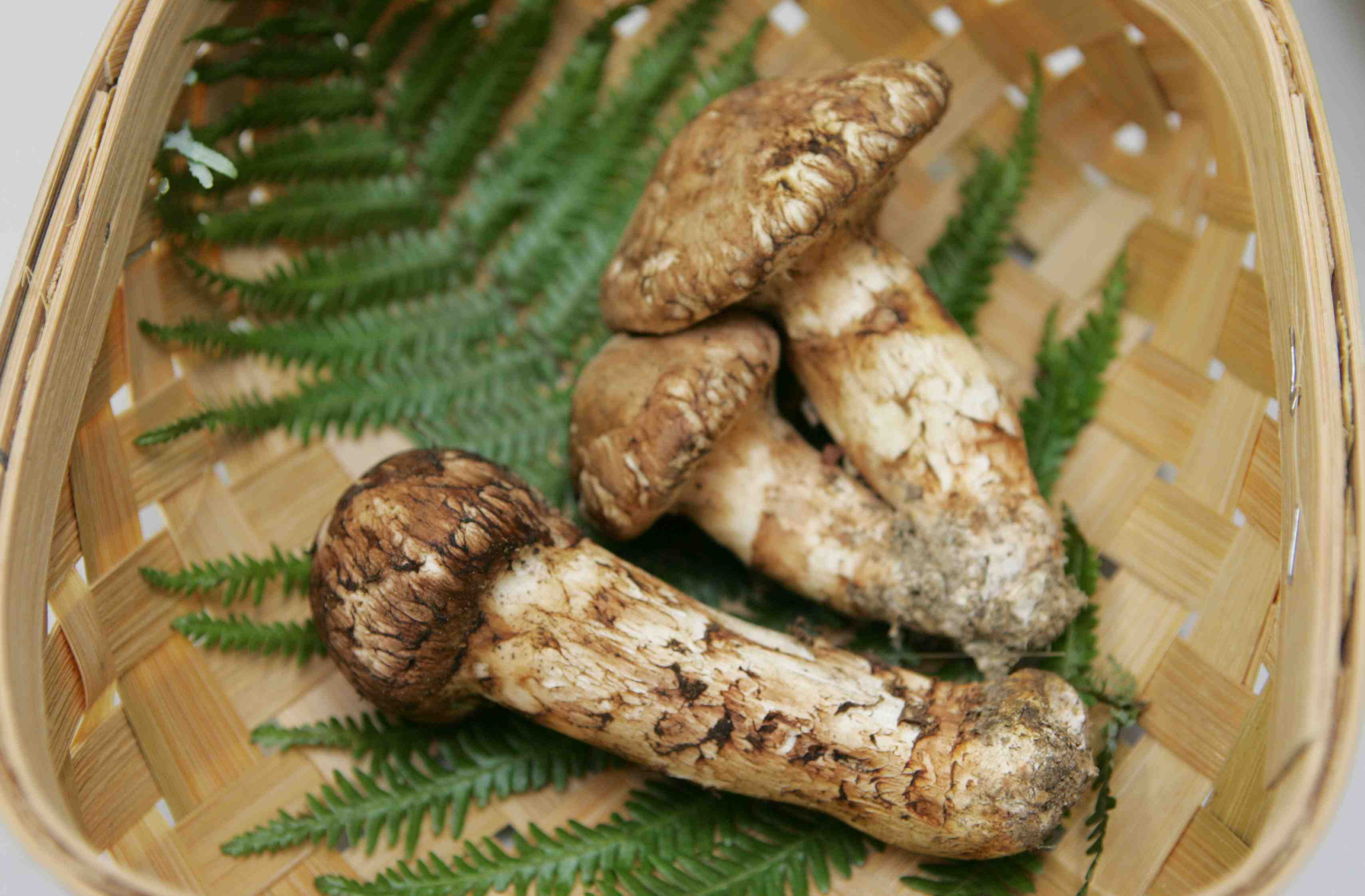 It is around this time of year, when the cool autumn breezes begin to blow, that we find a morning visit to Omicho Market in Kanazawa City much changed. It’s no longer blisteringly hot, and the produce on sale is different.

Seasonal delicacies such as sweet shrimp and sandfish, landed by deep sea trawls begun in September, lie invitingly on beds of ice. Even the names of fish — the sanma (Pacific saury, sometimes called pike mackerel) and anko (anglerfish, also called monkfish) — used in conversation with the fishmonger evoke a sense of autumn.

Yet, without a doubt, when Japanese chefs think of autumn flavors, it is the distinct taste of matsutake mushrooms that first springs to mind. It is said that, of all world cuisines, Japan’s is the most conscious of the changing of the seasons. 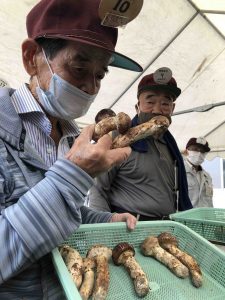 And given that the taste of matsutake mushrooms — harvested between September and October — cannot yet be replicated artificially, their very appearance in seasonal dishes is enough to make us think of autumn.

A poem in Japan’s oldest collection of classical poetry, the Manyoshu (approx. AD 759), dedicated specifically to the autumn scent of matsutake, shows just how long Japanese people have associated the two.

At my restaurant, Japanese Cuisine Zeniya (Nihon Ryori Zeniya) in Kanazawa City, we mainly use matsutake mushrooms from Suzu in the Okunoto region of Ishikawa Prefecture. However, we also often use matsutake sourced from other regions, depending on availability.

The matsutake sold at Kanazawa’s Omicho market are not only produced in Japan. They are also imported from other regions, such as Canada, China, Bhutan, and South Korea.

Recent innovations in temperature control for long-haul transportation have greatly improved the quality of these imports. They are also far cheaper than domestic matsutake. This means that the quantity available on the market has also increased significantly.

Therefore, both in Japan where matsutake has long been symbolic of autumn, and in the other regions from which it is now imported, matsutake is currently more sought after than ever.

Not only are matsutake mushrooms valued as an important-export commodity in both China and Korea, they are also fast becoming a staple of local cuisine in both countries.

Perhaps this is due to chefs there learning of the significance of matsutake to autumn dishes in Japan. Or, rather, they may have learned of the deliciousness of matsutake from customers who, having visited, returned and asked local chefs to replicate the flavors they discovered here.

Whatever the case may be, the trend is proof that Japan’s traditional autumnal flavors are now international and can be enjoyed throughout the world.

Shinichiro Takagi is the CEO and second-generation head chef of a Nihon Ryori Zeniya (Japanese Cuisine Zeniya) in Kanazawa City. The restaurant was the recipient of two stars in the Michelin Guide to Toyama/ Ishikawa (Kanazawa) 2016. 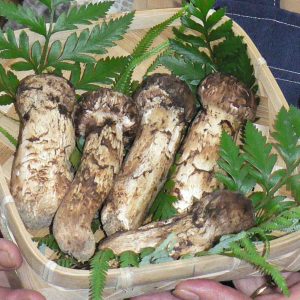 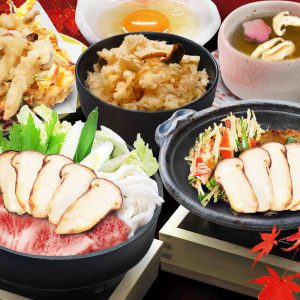 Many parts of Japan prepare matsutake in various dishes such as these.