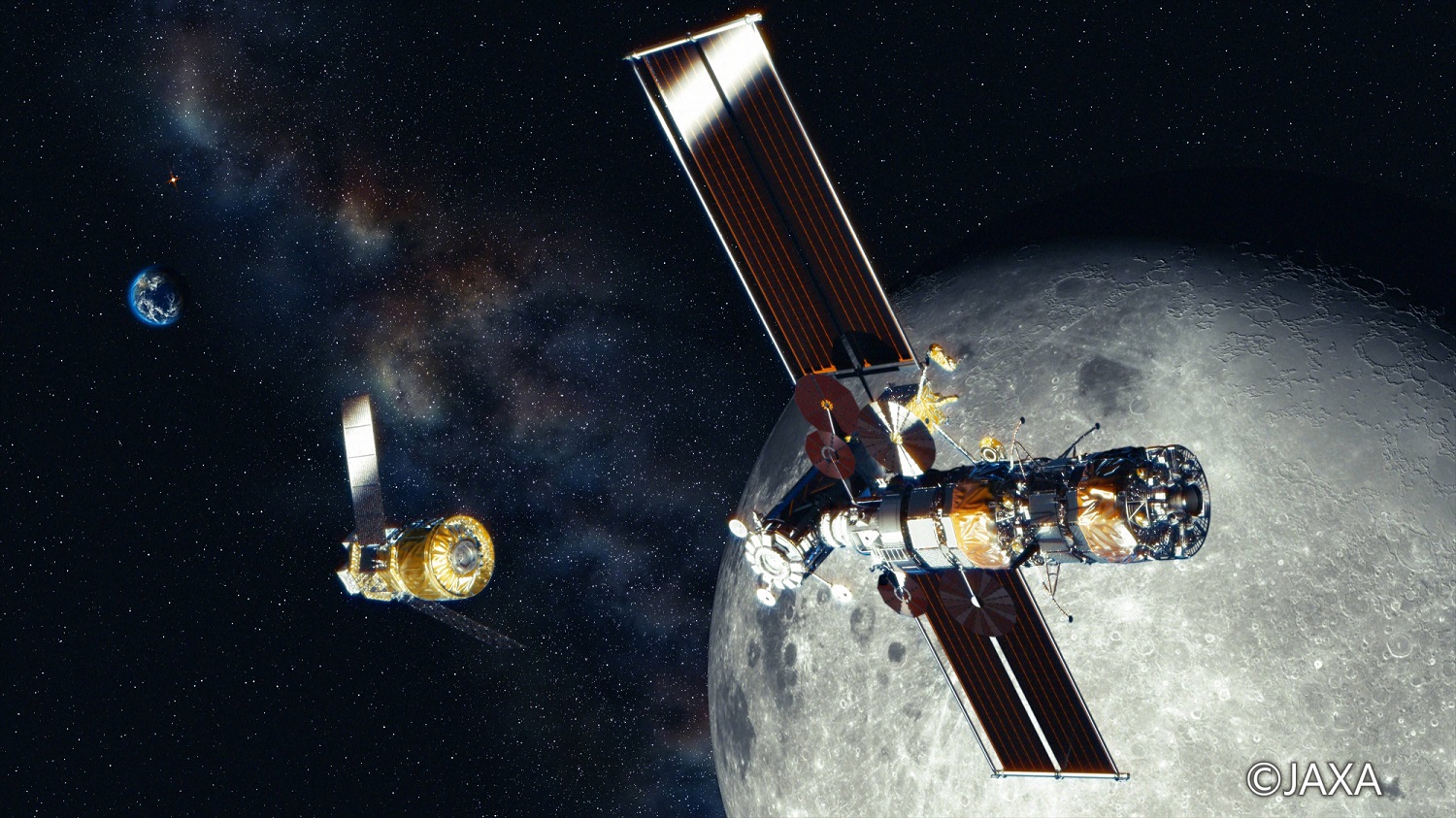 Japan’s development of a new type of spacecraft for delivering supplies to the International Space Station (ISS) is progressing. Called the HTV-X, an abbreviation for “H3 Transfer Vehicle,” it will succeed the Kounotori HTVs, the last of which was decommissioned in August.

The new supply craft is being designed with two goals: reducing costs and improving performance. When completed, the HTV-X will be used to deliver supplies to the lunar orbiting base in a bid to play a historic role in Japan’s manned space development.

According to the Japan Aerospace Exploration Agency (JAXA), the HTV-X will be cylindrical in shape and about eight meters long, with a diameter of about 4.4 meters at its widest point. Both its size and shape will be much the same as those of Kounotori. Using technology diverted to this project, the HTV-X’s development costs are expected to be about 30% less than the first Kounotori, or about ￥35 billion JPY ($332 million USD).

The HTV-X was due to be mounted on the next-generation H3 rocket and launched from JAXA’s Tanegashima Space Center in Kagoshima Prefecture, Kyushu, in fiscal 2021. In September, however, JAXA said it would delay the first test flight of the rocket by a year, citing a technical issue with the H3’s new engine. The space agency added that the postponement would have little impact on the completion of the HTV-X.

The HTV-X supply craft will incorporate higher-efficiency flight methodology, building on the Kounotori’s nine consecutive successful missions. By reducing the number of small engines and pipe fittings, the weight of the HTV-X will be reduced by about two tons and the spacecraft will have a larger cargo and fuel capacity than its predecessor, Japan’s space agency noted.

The plan is to boost the HTV-X’s cargo capacity to about 5.8 tons (about 1.5 times that of Kounotori) while expanding its lifespan to a maximum of two years (a 12-fold increase compared to Kounotori) on the strength of the added fuel capacity, according to JAXA officials.

While solar energy panels were attached to the surface of the Kounotori spacecraft, the panels for the HTV-X are being designed to expand by stretching out in the shape of wings, increasing their power-generation capability to 1.5 times that of the Kounotori, they said. 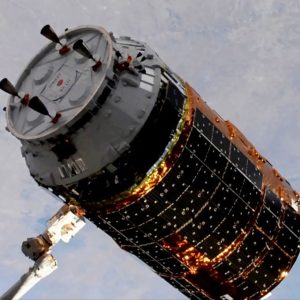 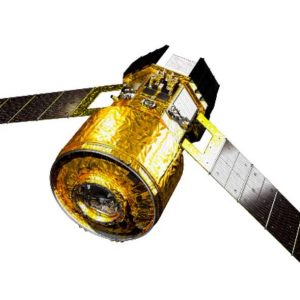 HTV-X – next generation space transport vehicle will be capable of carrying up to 1.5 times more cargo and have a longer life than its predecessor

Capable of Operating After Separation

Although Kounotori HTVs provided a wealth of knowledge in the run-up to developing manned spacecraft of the future, they were specialized for the purpose of delivering supplies to the ISS. The new spacecraft, in contrast, will be used for diverse missions with the aim of acquiring a range of new space technologies.

Immediately after its launch, the HTV-X will extend its solar panels, and will approach the ISS at an altitude of about 400 kilometers. As was the case with Kounotori, an astronaut in the ISS will grab and dock the HTV-X using the ISS robot arm.

After being moored to the ISS for up to half a year, the HTV-X will separate from the space station loaded with cast-off items. The Kounotori then burned up upon re-entering the Earth’s atmosphere, but the HTV-X will be able to continue operating for another year and a half after the separation.

The HTV-X, whose nickname has yet to be given, will continue its activities, carrying out space observations while orbiting the Earth like a satellite, releasing small satellites, and studying the efficacy of new space technologies. Apart from the supplies delivered to the ISS, the HTV-X can carry a load of up to 250 kilograms of materials and equipment for this later leg of its journey.

The larger goal of  the HTV-X is its anticipated significant contribution to manned exploration of the moon. The new craft is expected to carry supplies to the lunar orbiting base “Gateway” planned to be built in the mid-2020s at the initiative of the United States, with the cooperation of Japan and several other countries. Japan’s Ministry of Education, Culture, Sports, Science and Technology has earmarked ￥61 billion JPY (about $578.5 million USD) for the Gateway project in the ministry’s fiscal 2021 budget request.

The key to success will be the automatic docking capability of the HTV-X with the planned lunar orbiter. Compared to the grab-and-dock system of the ISS with its robotic arm, there are higher risks of the HTV-X crashing while it is moving straight in on Gateway, but such a mistake can never be allowed.

It is therefore indispensable to develop sensors that precisely measure the distance, angles, and positions of the two space vehicles with laser accuracy. The reliability of this automatic docking technique is scheduled to be tested in the second HTV-X trip to the ISS.

After a traditional approach, sensors and docking mechanisms meeting the international standards will first be installed on the other side of the ISS cargo bay. Then, using very high level technology enabling the HTV-X to change its attitude, the supply vehicle will separate and then again approach the ISS, this time docking automatically.

Norimasa Ito, project team manager for the development of the new transfer vehicle, said enthusiastically, “With a view to helping advance Japan’s manned space exploration, we are fully prepared to forge ahead steadily with development of the HTV-X project and broaden the scope of activities of Japanese astronauts.”