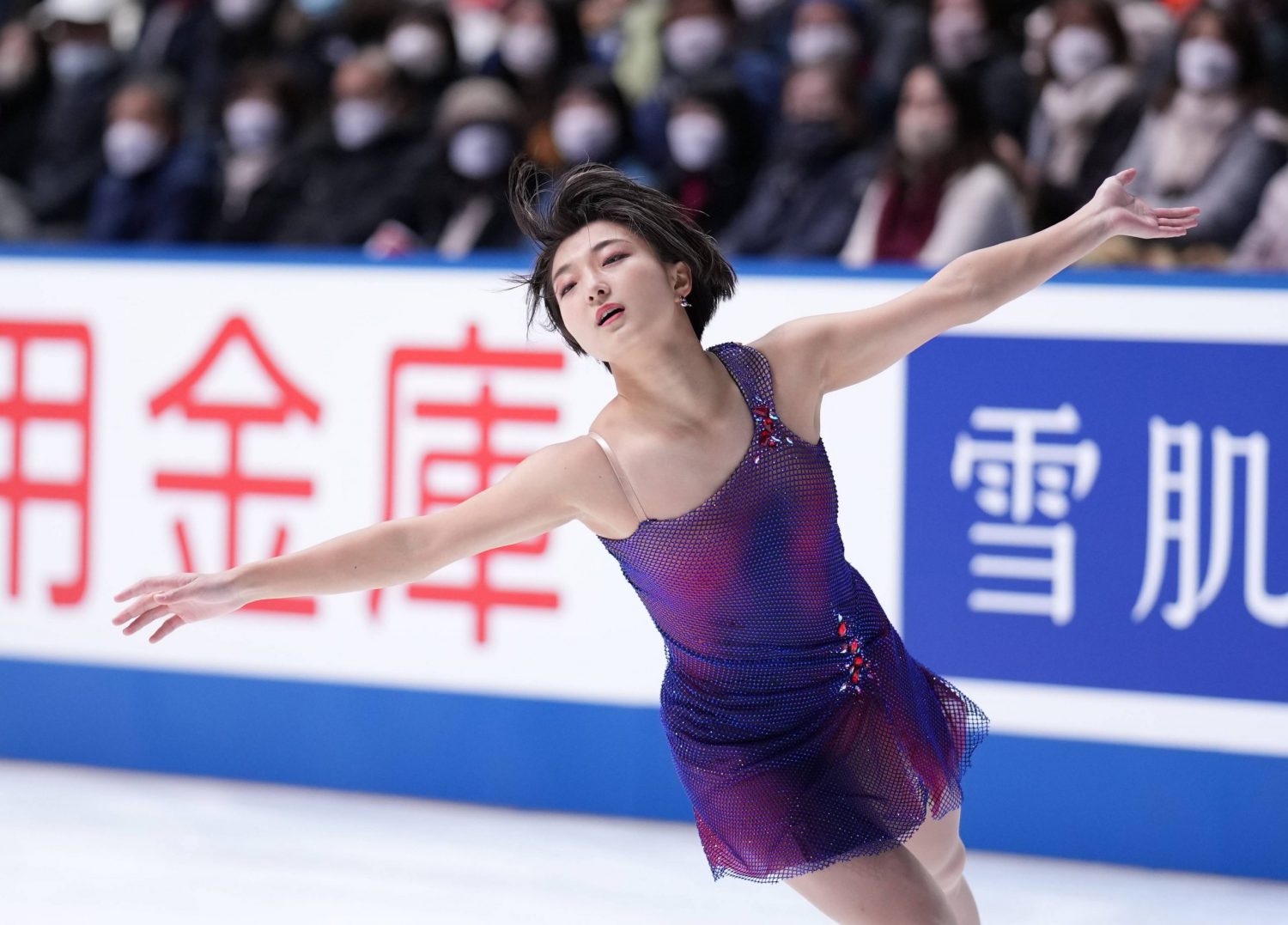 Kaori Sakamoto performs to "Elastic Heart" in the women's free skate at the 2022 Japan Championships on December 24 in Kadoma, Osaka Prefecture. (ⒸSANKEI)

Two weeks after a rough outing at the Grand Prix Final in Italy, world champion Kaori Sakamoto regained her stride and captured her third national title at the Japan Championships on Saturday night, December 24 in Kadoma, Osaka Prefecture.

The 22-year-old clinched the crown with an electric free skate and triumphed by more than 13 points.

Sakamoto's winning total score was 233.05 points, giving her a comfortable margin over training partner Mai Mihara, who was second with 219.93.

Junior Ami Nakai was fourth with 201.49, while fellow junior Mone Chiba, who was third after the short program, finished fifth at 200.12.

Sakamoto, who was also the national titlist in 2018 and 2021, skated to "Elastic Heart" and landed six clean triples on the way to victory. The 22-year-old earned level fours on her spins and step sequence before a big crowd at RACTAB Dome.

"I really pushed myself this week because I wanted to win this competition," Sakamoto stated.