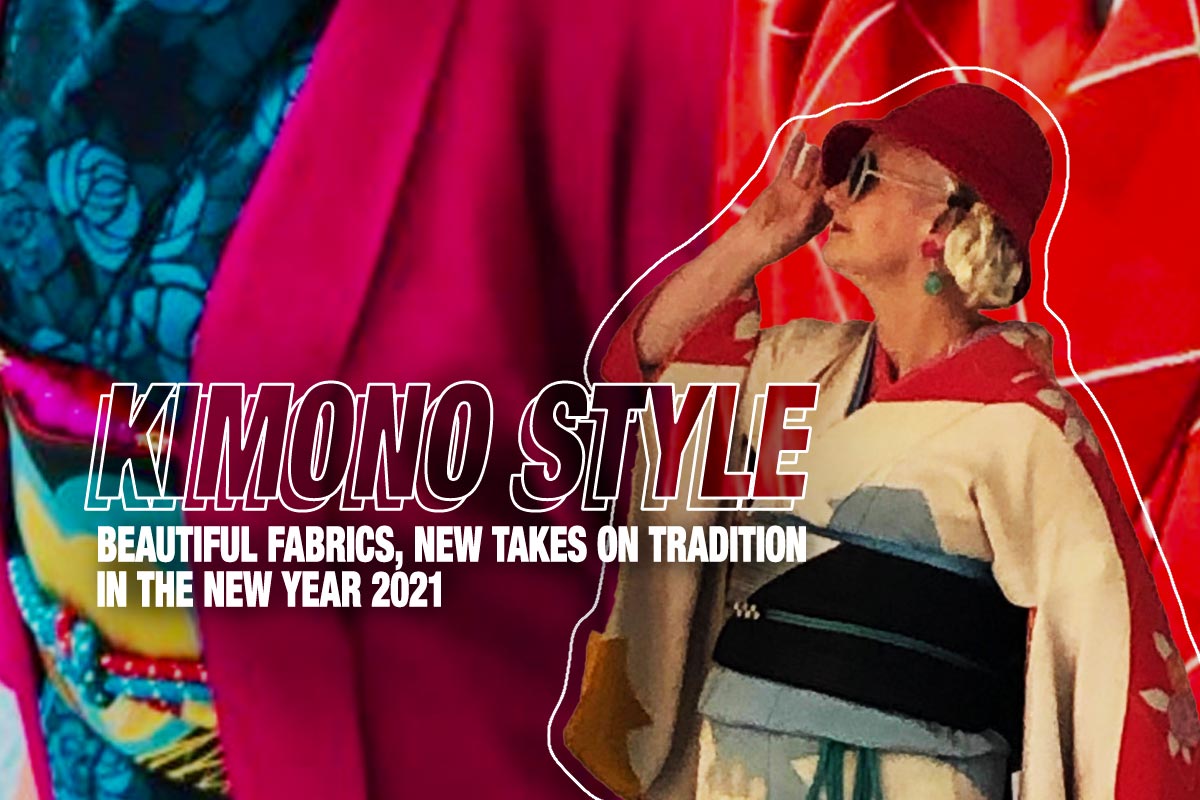 New year is always a good time to start on a new venture, and this year was no exception.

Last year meant a lot of loneliness, loss and anxiety for millions of people around the world. It was also a very bad year for all kinds of small businesses.

The pandemic has dealt a body blow to the kimono industry as a whole. With no festivals or celebrations and commercial events also canceled, makers were left with little revenue and a lot of stock that wasn’t moving.

This was true for most of the weavers in the Tango area of northern Kyoto. As an ambassador for Tango textiles, I also felt the impact, with my scheduled events being canceled and moving to online formats. It has been a time of regrouping, and thinking about new opportunities for both myself and also for the weavers.

I have been involved in two new projects that the weavers have embarked on.

The first new project is to make an interactive website with the Kyoto Yuzen Dyers and the Nishijin Ori weavers, to promote kimono online. This will be a venture into e-commerce.

The kimono and obi will be on models, and the viewer will be able to turn them around so that they can see the outfit from 360 degrees. The Tango weavers asked me to coordinate their kimono and obi and be their model for the website.

I picked out kimono and obi that would harmonize with them, and a week later went into the studio to model the kimono. I found that there was a small revolving dias on which I was to pose without moving, including my eyes. As I revolved, my photograph was taken from all different angles. It was quite challenging, and there was no posing with your best side. Every side was on camera.

Balance was important, but so was the ability to shift the gaze around as the body turned, not holding it in one spot. It was a lot of fun, but a lot more challenging than I had anticipated. I am looking forward to twirling myself when the interactive website is produced.

Another new venture involved about ten weavers’ workshops getting together and having a showcase in the kimono section of Takashimaya department store in Kyoto. The weavers used to only sell to local middle-men, who would then sell the work to a larger middle-man, and from there it could perhaps go to another middle-man, before eventually arriving at the shops in Tokyo or other densely populated locations. The weavers would not be seen and would not work directly with the outlets, or meet the customers.

Breaking with the traditional distribution and marketing network is a big move. This time, though, the weavers had a large exhibition space next to the usual ceremonial kimono that were on display at the New Year.

Mostly there were shelves for their rolls of cloth. But there were also boards, where coordinated garments could be shown, to give an idea of how the goods would look when worn. This is difficult for the weavers as they are producers rather than fashion coordinators. They do not necessarily have a sense of style, or an awareness of what makes a popular contemporary look.

All the makers wanted their goods coordinated on the boards, and it was difficult for them to pick one person from among them to do the decision making. They asked me to come in and do the styling, trying to be fair and pick items from each maker. It was an exciting job, but I also felt a lot of responsibility.

On January 3rd I was able to go to Kyoto Takashimaya and see the work on the show. Several of the weavers were staying in Kyoto to talk to customers and show them their goods. I did a short presentation about kimono, and particularly Tango chirimen, but we didn’t promote this event because of the need for social distancing.

It was very exciting to see the makers in the department store, talking to members of the public. Of course it was a delicate balance between wanting a crowd and needing to keep space between people. Although it was never crowded, there were people coming and going and asking about the goods on display.

Perhaps it was a little smaller than one would hope for in a normal year, but I think that the Tango weavers made a very positive start to 2021. I am wishing for their success as they continue to produce their textiles, which are part of Japanese heritage, and also adapt to their new business models.

The seven boards with the coordinated outfits can be seen in Takashimaya, Kyoto until January 26.