[Kimono Style] The Secrets in Shinjuku 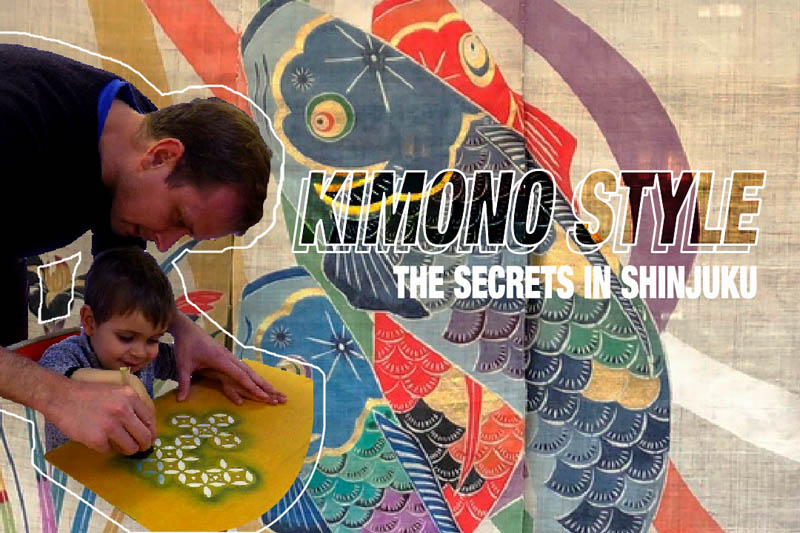 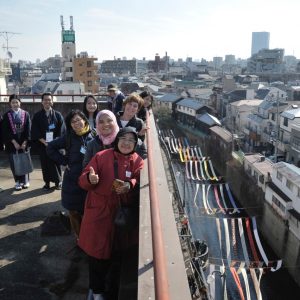 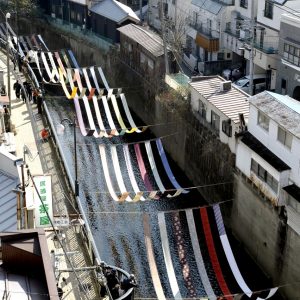 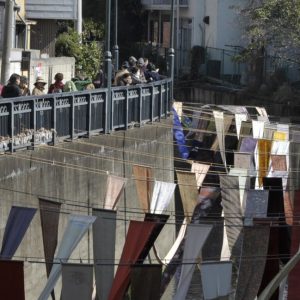 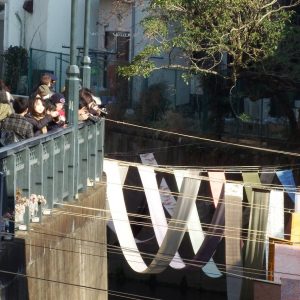 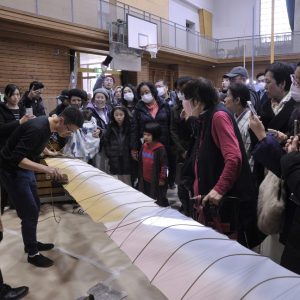 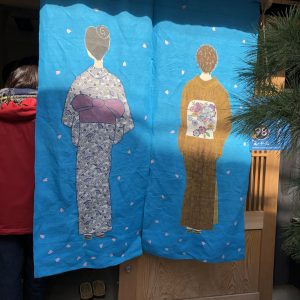 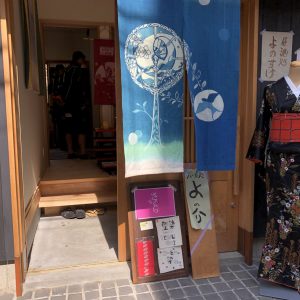 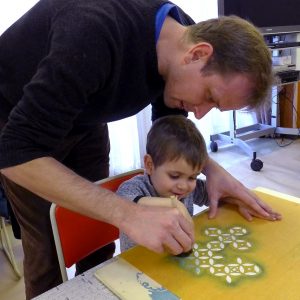 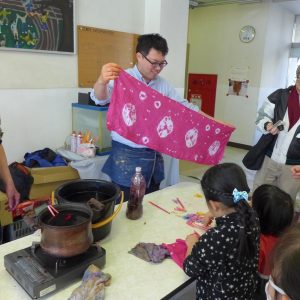 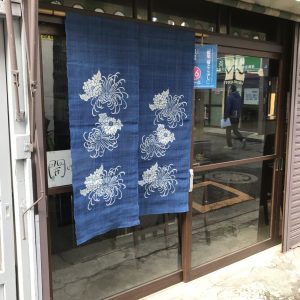 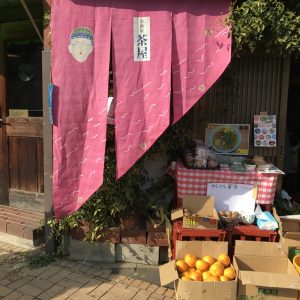 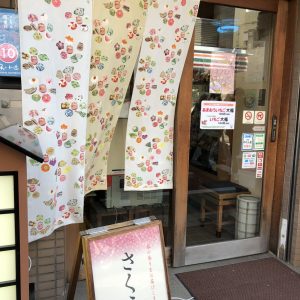 What is your image of Shinjuku?

Perhaps you think of all the tall skyscrapers or the up-market department stores with all their luxury goods. Or maybe you think of entertainment, Kabukicho, restaurants, bars, and bustling nightlife. Shinjuku really is a busy place.

Most people probably don’t associate Shinjuku with kimono-making, but it has been the center of the kimono dyeing industry in Tokyo for at least 300 years. Some of the dyeing workshops continue their long tradition and still make kimono today.

In the early Edo period, when the city was expanding and the population increasing fast, the dyers were located around the Ueno area of Tokyo, in the east of the city. However, as the population continued to grow, the river water became dirty. And clean water was necessary for dyeing. So the dyers moved upstream and settled around Kanda Gawa and Myoshoji Gawa in the Takadanobaba, Waseda, Ochiai, and Nakai areas. They have been there ever since.

Today, over 30 workshops continue to dye silk. There are also steamers, and kimono cleaners and tailors, and shikaya, middlemen, who plan and advise and send out repairs and work. These related industries are necessary in a kimono-making area.

Life has not been easy for the dyers in the late 20th and early 21st centuries. The move away from kimono and the development of digital printing have led to the closure of many workshops, and financial insecurity for those who remain. But the dyers who continue are proud of their craft and they want to leave a legacy for future generations.

The area is particularly famous for the dyeing of Edo komon. This is a process where the kimono is dyed with one stencil and the pattern is made with tiny white dots. These elegant and understated garments are typical of Edo chic.

Edo sarasa, a kind of chintz made with many stencils, is also dyed in the area. The patterns in sarasa are inspired by cottons imported from India and Indonesia in the Edo period. Some of the kimono are made with up to 40 stencils.

There are also active yuzen (hand-painted kimono dyers) and bingata (Okinawan-style stencil dyers) in the area.

Revival Through a New Annual Event: Some no Komichi

Working alone, individual workshops had little power to make changes and most had no descendants to carry on the business. So the dyers in the area, led by Motobumi Kobayashi of Futaba En workshop, decided to put themselves on the map.

Starting in 2007, they made noren — door curtains — to hang in shops to show their work. At first, no one was interested in hanging them or being involved, but people began to come and look. So the local people made a round of the shops and found 50 shop owners who would be interested in hosting a noren.

They advertised in a local free paper, and in 2011 the event, Some no Komichi, Little Dyeing Street, got off the ground. Over three days at the end of February each year, over 100 noren from different workshops demonstrate their dyeing artistry on noren, which are hung in the doorways of local shops and restaurants. Many of the noren are for sale.

Some no Komichi is an interesting event with benefits for all involved. For the workshops, it is a place to display their work to the general public, which is not normally possible as the kimono are sent from the workshops to middlemen and traders, and from there go into kimono shops.

Eventually, it is hoped that awareness of the area will lead to an interest in dyeing and an increased customer base. Over 15,000 people come over three days, so the restaurants and bars do a roaring trade and enjoy the benefits of the visitors.

There are many volunteers involved: the dyers and workshops, the shopkeepers and local business people, and students from Bunka Gakuen University, Mejiro University, Zoukei University, and Jumonji University. Throughout the planning stages, local people and students get together and forge friendships and trusting relationships.

What to Do and See at the Some no Komichi Event 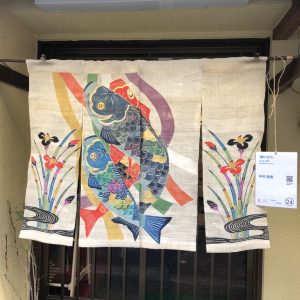 For people who are interested in kimono or in Japanese textiles, there is a lot to see and do at Some no Komichi.

After leaving the station and picking up a free map, the first thing you will see is all the kimono lengths — tan mono — hung over the river. This is the river gallery.

Kimono lengths used to be washed in the river, but, as chemicals are involved, this is no longer permitted. The beauty of the fabric is recreated by hanging them over the river. The lengths come from workshops and some have been dyed by local elementary school students and other facilities.

The map shows the location of the hundred noren hung around the town, and how to get to the street gallery, so the huge variety of dyeing types and different noren can be easily enjoyed. There is also a display of kimono and a craftsman or two demonstrating their art in the gallery.

There are always workshops to participate in, too. There is a stencil-dyeing workshop, where you can dye with a small stencil on kimono silk, or dye small hand towels. There is also a one-coin dressing service, so it is possible to spend the day there walking around in a kimono. Many of the workshops are open to visitors.

There is a small street of craft stalls and plenty of street food and drink available. Local restaurants usually put on the special menu just for the weekend, which is often a very good deal.

So if you have nothing planned from Friday to Sunday, February 21 to 23, why not pop on a train to Nakai and learn a bit about dyeing culture? Enjoy the sight of the beautiful fabrics in the river and street galleries and have a tasty bite to eat while you are there!

By the way, if you do wear kimono, this event is a great chance to wear it out in public. Many visitors enjoy wearing kimono to the event.

Further information about the event can be found:

On the Internet, by clicking here.