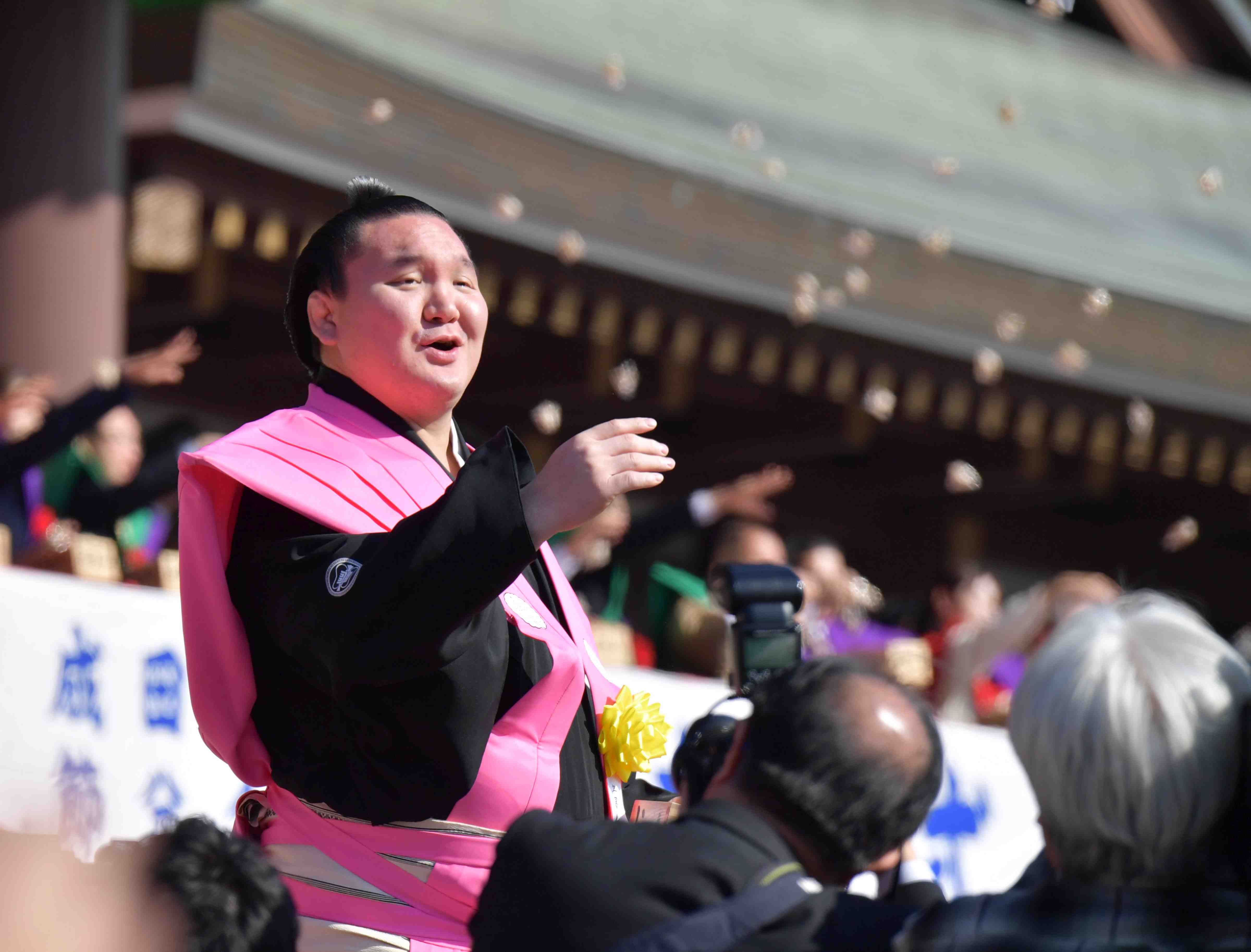 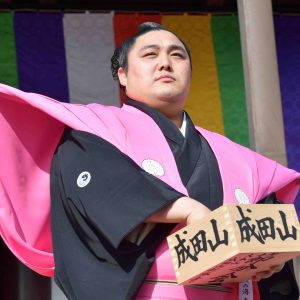 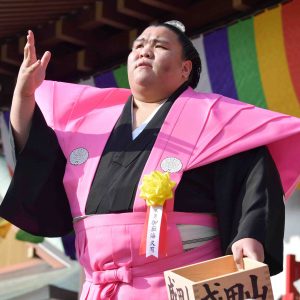 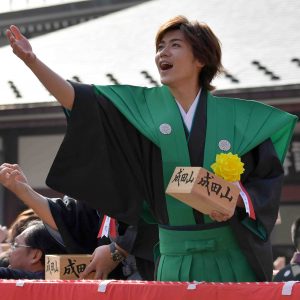 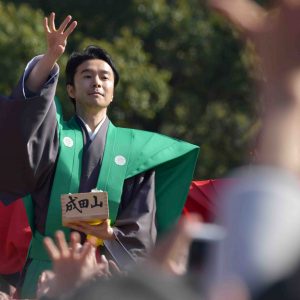 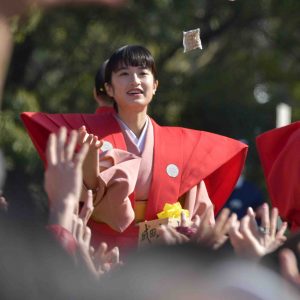 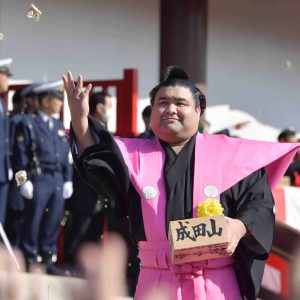 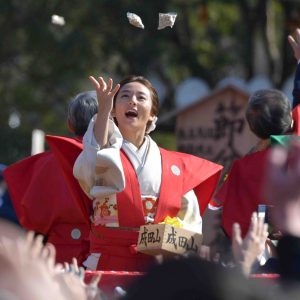 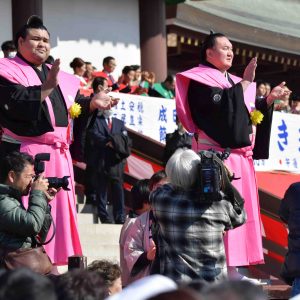 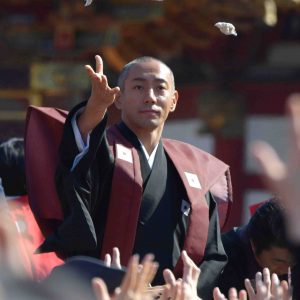 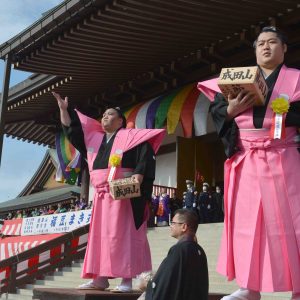 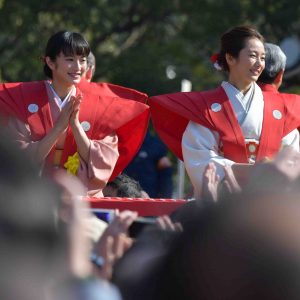 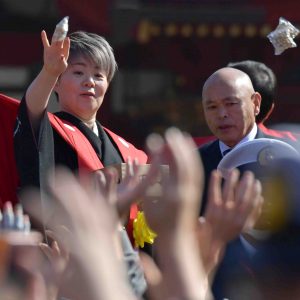 It was cold and sunny on February 3, but many braved the chilly weather anyway for a very specific event: Setsubun.

Setsubun, which is traditionally this season’s festivity to mark the end of winter and the beginning of spring, is celebrated in a number of ways, some very colorful. One of them involves throwing roasted soybeans at someone dressed as an oni (devil) while crying for the devil to go out and luck to be brought in — “Oni ha soto, Fuku ha uchi!”

It’s a wonder of folklore celebrations that they are straight to the point, it seems!

Another variation of the event involves gathering at a particular shrine or other location, where famous people hurl beans into an adoring and sometimes overly-animated crowd.

One of the more famous versions of this event, called Mame-maki (literally, bean throwing), happens at the Narita Shinshoji Temple (Narita-san) in Narita City, Chiba Prefecture, next to the Narita International Airport.

Yet the people present have nothing to do with Narita airport or its activities. Rather, they are there to be starstruck. Or perhaps, I should say, bean-struck?

Wearing colorful traditional kamashimo, 40 VIPs graced the occasion in 2020. Among them was superstar sumo wrestler Yokozuna Hakuho. Another famous name at the event was kabuki actor Ichikawa Danjuro Hakuen XIII, who recently made headlines for his innovative rendition of Star Wars kabuki.

Famous actors in the NHK TV series Kirin ga Kuru, such as Mugi Kadowaki and Hiroki Hasegawa, were also there.

Numbers don’t lie, attesting to the yearly popularity of the event. According to officials at Narita-san, between 50,000 and 60,000 people attended the event, and a total of 860 kilograms of soybeans and 400 kilograms of peanuts were prepared for the occasion.

A fun fact is that, although the tradition calls for the call, “Oni ha soto, Fuku ha uchi,” at Narita-san they instead follow the teachings of Buddhist deity Acala, sometimes known as Fudo Myo. The teachings say that even the devil will be converted with mercy. Therefore, at Narita-san and several other places in the Kanto area, only the chant “Fuku ha uchi” (bring in the luck) is used.

Who doesn’t want a strong sumo wrestler or handsome kabuki actor to throw soybeans in his direction, after all?