Kosei Inoue: ‘Placing Sport at the Service of the Harmonious Development of Humankind’ 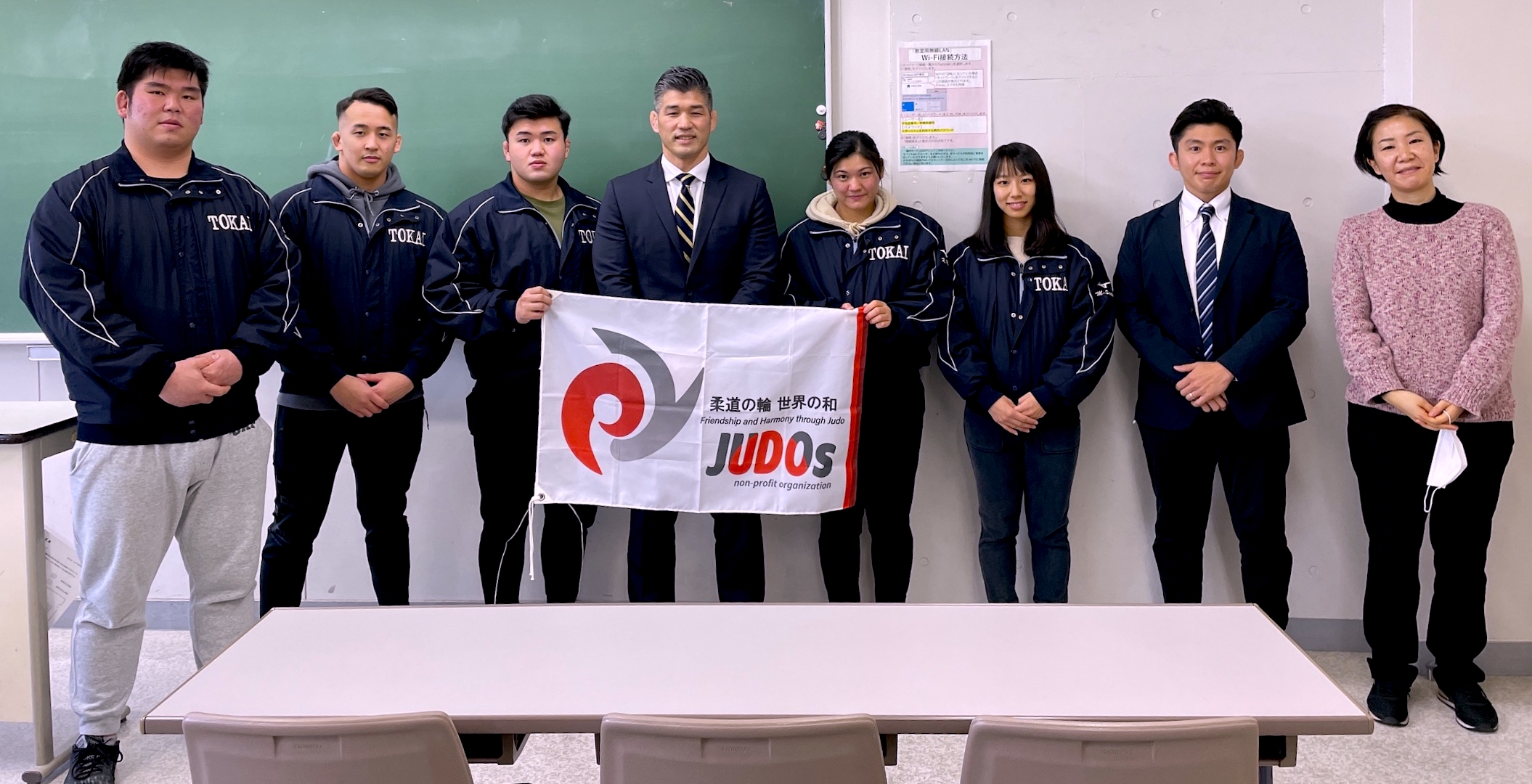 Spring has arrived in Japan ー the season of graduation ceremonies.

At Tokai University, where I work, the graduation ceremony will be held at the end of this month, March, and many of my students will fly the nest.

This year’s graduates were greatly affected by the COVID-19 pandemic, which colored the second half of their college lives. Although the experience was beyond anything they could have imagined, I am sure they gained and learned a lot from it.

Many of this year’s graduates have helped out with the activities of JUDOs, a non-profit organization of which I am president.

Without the cooperation of these men and women students, our organization’s activities, including donation of judo uniforms and support for the hosting of IOC Olympic Solidarity scholarship recipients, as well as our other activities, would not have been possible. Thank you all very much.

I hope these experiences prove valuable to this year’s graduates as they move on and flourish in a new stage of their lives.

Here is a commemorative photo on Instagram, taken with student volunteers.

I would now like to reflect on the recent Beijing Winter Olympic and Paralympic Games.

Since Japan’s time zone is only one hour ahead of the host city of Beijing, China, I was able to make time every day to avidly watch the Games, both on TV and online.

I was overwhelmed by all of the spectacular performances, and they impressed upon me the appeal and value of sports.

One of the most memorable scenes at the Olympics was when Japan’s Ayumu Hirano took the gold medal in the men’s snowboard halfpipe, and Shaun White of the United States ran to congratulate him on becoming the champion.

It goes without saying that White, a three-time Olympic gold medalist, is an athlete who defines an era in the snowboard halfpipe.

It was very moving to see White raising the difficulty level of his technique in his second qualifying run and challenging himself to the extreme, as well as to see him praising Hirano after the race and both showing respect for each other.

Their conduct was evidence that sports has the power to transcend all differences, including nationality and language, and bring people together.

In addition, the athletes at the Beijing Paralympics, despite the difficult global situation, gave amazing performances that challenged human potential by making the most of the skills and abilities they possess.

Their accomplishments no doubt captivated the hearts of many people, much as they did at last year’s Tokyo Paralympics. I would like to express my heartfelt respect to all the athletes and everyone involved.

However, there are still some issues to be addressed for both competitions going forward.

Furthermore, unfortunately just four days after the Beijing Olympics came to a close, Russia launched a military invasion of Ukraine, which continued throughout the Paralympics.

It is frankly very sad and tragic that this conflict arose in violation of the Olympic Truce adopted by the [December 2, 2021] resolution of the United Nations General Assembly.

The Olympic Charter states the following to be one of the fundamental principles of Olympism:

“The goal of Olympism is to place sport at the service of the harmonious development of humankind, with a view to promoting a peaceful society concerned with the preservation of human dignity.”

Going forward, I will continue my efforts to pursue world peace through sports.

It is my hope that a world without conflict, where all people can live happily, will be realized as soon as possible.

Kosei Inoue, now in positions at the All Japan Judo Federation, is the former national coach of Japan’s men’s judo team and former Olympic and World judo champion and president of NPO Judos. Find his previous articles on JAPAN Forward here. Additional information about the NPO JUDOs can be found at this link.)

(Read the message in Japanese at this link.)