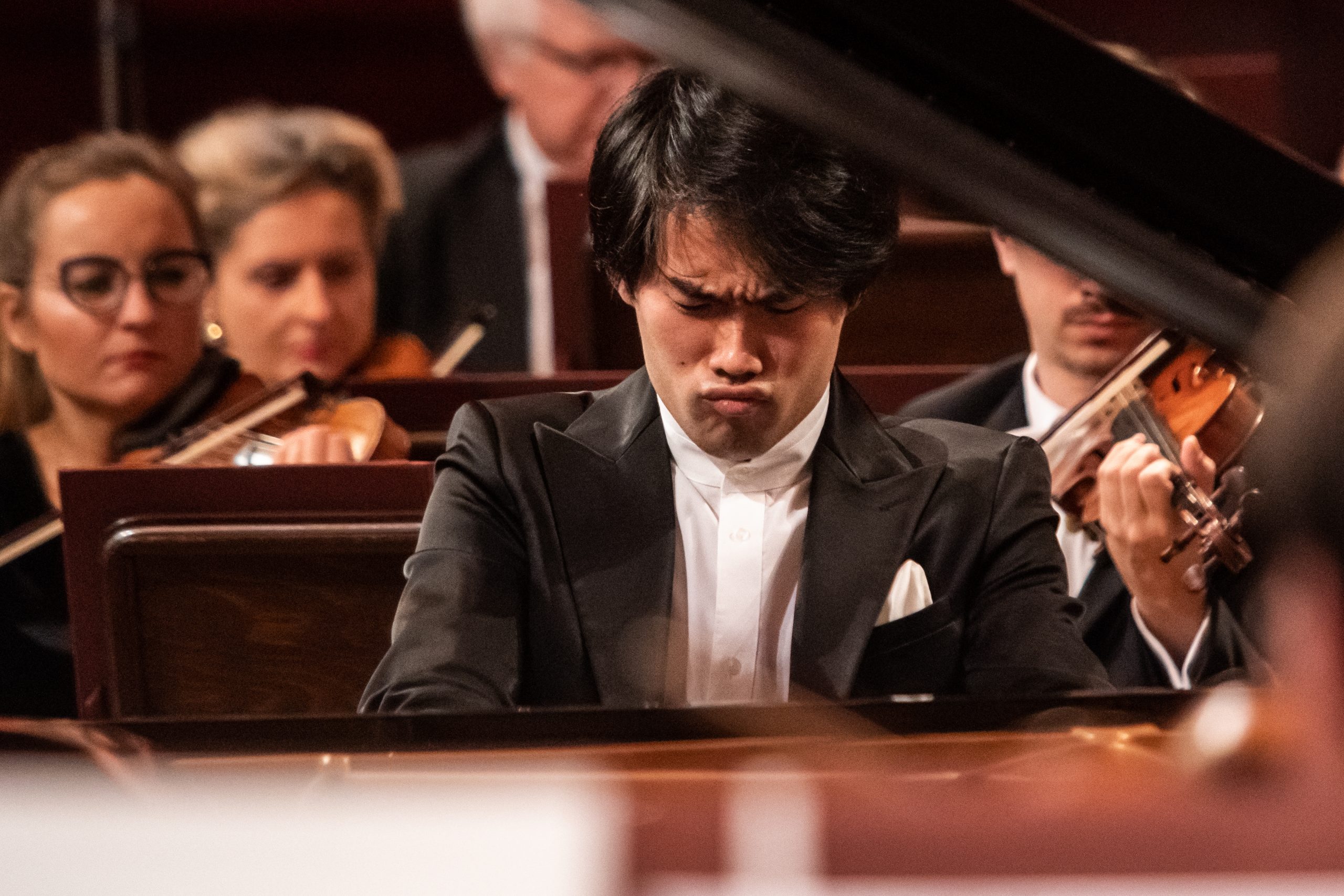 JUST ANNOUNCED: The 17-member jury of the 18th International Fryderyk Chopin Competition announced the winners of the competition in the wee hours of the morning on October 21 in Warsaw, Poland. They are:

Eight pianists share the spotlight in being awarded the six top prizes by the international jury. This is the first time two Japanese artists are represented among the top prize winners.

An interesting fact in the current competition is that four of the eight winners of the six prizes are Asian, including Sorita and Kobayashi. In addition, the winner of the previous competition was Seong-Jin Cho, the first Korean pianist to win first place, with Aimi Kobayashi winning the 2nd prize in that competition. It seems an Asian wind is blowing in the world of classical music.

Auditions for the famed International Fryderyk Chopin Piano Competition began on October 2, 2021,, with 87 participants representing 17 countries. After three rounds of auditions, the 12 best pianists qualified to audition in the Finals. Kyohei Sorita of Japan, who shares the 2nd prize, and Aimi Kobayashi who shares the 4th prize, were among them. All of the finalists performed one of Fryderyk Chopin’s two piano concertos, accompanied by the Warsaw Philharmonic Orchestra conducted by Andrzej Boreyko. Nine pianist selected the Concerto in E minor Op. 11, and the remaining three – the Concerto in F minor Op. 21.

The competition awards six prizes, and this time two were shared, for eight winners from five countries.

This was an unusual number of prizes, as Katarzyna Popowa-Zydron, member of the jury, explained in a press event following the ceremony:

“It was a very difficult competition for everyone, for the participants of course, but also for the jury. We had to extend the list of participants at every level of the competition, and then later at the awards, because the level was exceptionally high.”

Popowa-Zydron concluded: “We, like the participants, asked ourselves what kind of Chopin do we want? We always thought that Chopin would rather be moved than dazzled. But I have a strong feeling that among the laureates of this year’s competition we have pianists who can at the same time move, amaze, and dazzle us.”

Director of the competition, Artur Szklener, echoed her sentiment, as he directed his thanks to the competitors: “We know Chopin music very well, we know it by heart, from a very young age. But because of you, the participants but especially the laureates, we were finding some new aspects, some new perspectives, and I wanted to thank you for that.”

Kyohei Sorita shares his 2nd prize with Alexander Gadjiev, of Italy and Slovenia. Aimi Kobayashi shared the 4th prize with Jakub Kuszlik of Poland. In addition to the two pianists from Japan, the top eight prizes included two from Canada, 1st prize winner Bruce (Xiaoyu) Liu and 6th prize winner J J Jun Li Bui, Canada. There were also two winners from Italy, and one each from Spain and Poland.

“(I am) full of emotions of course, we all have been dreaming with all these people for this prestigious stage, and being able to play Chopin in Warsaw is one of the best things you can imagine. I am truly honored for this award.”

In a press event following the event, Gadjiev also reflected on the particular environment of the competition:

“I want to thank everyone who has been involved in this incredible event, my family that was able to be with me during this time, the incredible audience that was able to listen with such attention that I have probably never found anywhere else. The care and attention they listened helped us to also listen to ourselves even more intensely. For me it’s been a great privilege to share my journey and my views on this music, and I am just extremely happy this happened, and let’s see what happens next.”

Japan’s Kyohei Sorita, shared in a short yet moving statement of his excitement to having been awarded the prize of the competition:

“I am very very happy. I don’t have many words, of course the Chopin competition is very famous in Japan, and there are so many people that watched on YouTube. And I’ve finally done it, so really, I just want to sleep (laughs). Thank you so very much.”