Let Critics and Politicians Debate, I’m Looking Forward to Getting My Abenomasks 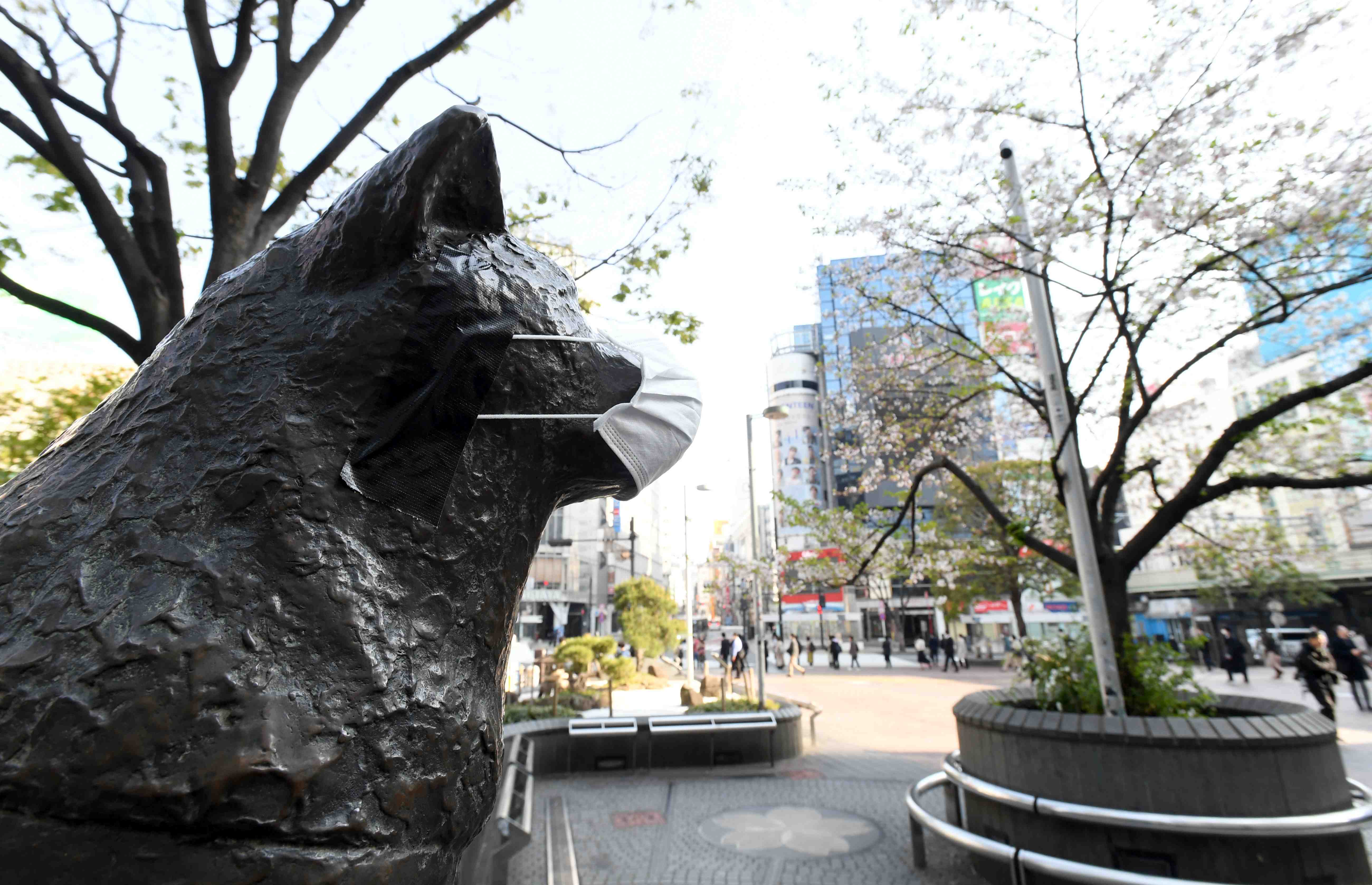 Who would have thought that face masks could become such a controversial topic in Japan, and abroad!

Wearing face masks has been a habit associated with the Japanese, along with slightly bowing instead of shaking hands as a greeting. Yet, in this time of unease, many have been trying to get their hands on the suddenly elusive accessory as a further way to protect themselves from the novel coronavirus.

Japan entered a critical stage of the fight against the virus when, at the end of March, the number of new positive cases started to climb. Through most of March, Japan’s new cases stayed under 50 patients a day, but on March 25, the cases increased by 96, and then escalated to a single-day increase of 515 cases on April 9.

The total number of coronavirus cases in Japan almost doubled in the week between April 1 (2,497 cases) and April 8 (4,973 cases). A week later, on April 14, the number of patients testing positive had nearly doubled again, to more than 8,000.

Since the spread of the novel coronavirus was exposed in January, the previously ubiquitous face masks have been scarce or sold out in Tokyo supermarkets and pharmacies. Every morning, there have been queues of buyers in front of drugstores, snaking along local shopping streets and central business districts throughout the city.

Hoarding and resale of face masks on the internet have been rampant — so much so that the Diet passed a legislation on March 15, banning the online resale of masks.

Finally, on April 1, just under a week before declaring a national state of emergency, Prime Minister Shinzo Abe announced that the distribution of two fabric masks to each household was in the works, set to start in mid-April.

It seems that in the whole coronavirus frenzy, the one topic that we can’t get rid of is just that: Abe’s masks.

There were skeptics in the immediate aftermath of Prime Minister Abe’s announcement of the mask distribution. They immediately dubbed the measure as “Abenomask” (Abe’s masks). Some comments on SNS were scathing, with cartoons incredulous at how families with children were supposed to use just two masks.

The national daily The Sankei Shimbun published an editorial on April 3, using a condemning tone: “When I heard about the measure, I couldn’t believe my ears.” Positive cases of COVID-19 were rising in the capital, and there was fear of the medical system in Tokyo collapsing, so it hardly seemed the right time to be focused on distributing masks.

It’s easy to understand the critical reaction, given that politicians and experts had for some weeks cried out for action to avoid the collapse of the medical system.

It was even more of a thorny issue viewed from abroad. On the one hand, experts widely suggested that using masks would have only limited efficacy in preventing people from catching the virus. On the other hand, some experts acknowledged that, if used by someone with the virus, the mask could help prevent that person from transmitting the disease to someone else.

Many sources recommended that you wear one only if you were ill.

As of January 29, among the guidelines issued by the World Health Organization (WHO) was that “a medical mask is not required, as no evidence is available on its usefulness to protect non-sick persons.” (It would later backtrack on this issue.)

In the face of such concerns, news that the Japanese government was  adopting a policy to distribute masks before declaring a state of emergency drew criticism, and perhaps not completely without reason.

This criticism was in part  due to the timing of the announcement. In those two days at the beginning of April, speculation was rampant that the Prime Minister would declare a state of emergency, and tensions were high. Masks seemed anticlimactic in comparison.

Nevertheless, the controversy did nothing to deter those seeking to get their hands on a supply of face masks.

In response to the April 3 Sankei editorial, many Japanese readers wrote to the newspaper, saying that “masks were as welcome as water during a drought.”

Queues in front of drugstores remained, pushing shops to stop selling masks upon their daily opening, to avoid the early morning lines. Abroad, in countries such as Italy and the United States, the commodity is also scarce.

Italians, for example, used to commonly believe that if a layman wore a face mask, it was to avoid inhaling polluted air. Now, after over a month of lockdown, if people venture out without a mask, they receive dirty, accusatory looks.

Could it be that perhaps masks are not such a bad idea after all?

Japanese were first encouraged to use face masks during the Spanish flu of 1918 and 1919. Funnily enough, the use of masks was also encouraged elsewhere in the world, including the U.S. and Europe, as evidenced by the pictures at the time.

Since then, face masks have somehow found their way into everyday life in Japan. They are particularly commonplace during cold and influenza season, and when pollen allergies shoot up. The most common variety are the white surgical type, but sometimes masks appear in different shapes, colors, and patterns.

Wearing a mask became almost a phenomenon for many reasons, as showcased in a 2018 documentary broadcast on NHK World called Masked Nation: Inside Lens. The documentary featured an interview with a young woman who claimed that she liked wearing masks because it took away social pressure from smiling and putting on makeup.

Although over the years many had used masks regularly in Japan, the practice never took off in Europe or the U.S. The WHO went so far in its late January 2020 guideline as to dismiss it as a “cultural practice.”

However, a deadly virus has unpredictable ways of making people change preconceptions held for decades.

At the beginning of April, a new debate stirred within the WHO as to whether masks might be effective. Professor David Heymann, distinguished fellow of the Global Health Program and head of the advisory committee to the WHO related to COVID-19, revealed in a webinar on April 8, that a discussion was taking place as to whether the guidelines should be revised.

The move was prompted by new evidence coming out of Singapore and Hong Kong, both of which used masks in their strategy to contain the spread of the virus.

A study published on April 3 in the online scientific journal Nature also reported on the effectiveness of masks in reducing the detection of influenza viruses in aerosol droplets and respiratory droplets, suggesting the potential benefits of masks in preventing the spread of COVID-19.

There were other promising signs that other countries which had been praised for their response towards the virus, such as Taiwan and South Korea, had also actively encouraged the use of masks.

Several countries around the world revised their health guidelines to actively include the use of masks to mitigate the spread of the infection. Italy, the country with the second worst death toll due to COVID-19 after the U.S., made wearing masks compulsory in some of the worst -hit regions, such as Lombardy.

The WHO eventually updated its guidelines on the use of masks on April 6, grudgingly acknowledging that masks could help reduce transmission, but declining to recommend them. Using logic that seemed based on the organization’s concern that medical masks should be reserved for hospital workers rather than the general public, the guideline criticized their use by healthy members of the public as creating a false sense of security. As before, the WHO guidance emphasized that spread of the virus could only be stopped by frequently washing hands and adhering to social distancing.

The jury is still out on how effective masks are in disrupting spread of the virus in communities in the long run. And there is reason to believe that, if not used appropriately, masks could lead to new health risks rather than protect the health of the user.

But, as noted in a March 20 article titled “Rational Use of Face Masks in the COVID-19 Pandemic” in the online medical journal Lancet, “There is an essential distinction between absence of evidence and evidence of absence.”

In the meantime, I will be waiting for my own Abenomask to arrive this week or next. You never know — it might be helpful.

Follow JAPAN Forward’s additional coverage of the novel coronavirus at this link.