The Chinese political activist Liu Xiaobo, 61, died on Thursday, July 13, after the government of China refused to let him seek treatment outside of his prison in Liaoning Province. It was barely two months since it was revealed in late June that he had been hospitalized, under the close watch of guards, due to late-stage liver cancer.

Shortly after news of Xiaobo’s hospitalization came out, it was reported that former Communist Party official Bo Xilai had also come down with liver cancer.

Could this be an omen for the future of Chinese politics? Why, indeed, would two major figures representing the Chinese left and right be simultaneously been struck down with illness just when the first Party Congress in five years is scheduled for autumn?

Liu Xiaobo was restrained after publishing “Charter ’08,” a document denying the authoritarian one-party rule of the Communist Party. In 2009, he was sentenced to 11 years in prison. The following year, he was awarded the Nobel Prize “for his long and non-violent struggle for fundamental human rights in China.”

Among intellectuals calling for reform, there were strong expectations that he would become a central figure in China’s movement for democratization. Some called him the “Mandela of China,” after the former president of South Africa who fought racial discrimination and realized racial harmony.

In contrast, Bo Xilai was a powerful Communist politician who had his eyes on entering the highest ranks of leadership. His political philosophy was extremely similar to President Xi Jinping, and he was a disciple of the revolutionary path of Mao Zedong, founder of the Chinese nation.

In the 2012 Party Congress, he lost out in a power struggle. During his work as a leader in Chongqing City, Bo led a campaign of “praising the red, defeating the black” (praising Communism and defeating local mafia), and got results in restoring law and order. He still has deep popularity among conservatives and the poor.

In autumn of 2013, when Jinan District Court sentenced Bo to life in prison for the crime of corruption, a certain Party leader said that “Liu and Bo are two time bombs for Xi Jinping,” and that “it’s undeniable that while in prison, they will be lionized by their supporters and become symbols of anti-government movements. They could also be used by opposing forces within the government.”

Ahead of this autumn’s Party Congress, power struggles are heating up between various factions of the Chinese Communist Party for future leadership positions. During this period, for both Liu and Bo to be simultaneously struck with liver cancer has raised suspicions of “political conspiracy” among various people related to the Party.

This draws attention to the case of former leader Wang Hongwen, who was injected with an unknown substance by authorities while in prison. Wang, who had served as vice chairman of the Party, had for a time during the Cultural Revolution been considered the successor to Mao Zedong, but in 1976 he lost his position and was imprisoned for life on charges of counter-revolutionary activities.

In 2016, the memoirs of military elder Lieutenant General Qiu Huizuo, who was imprisoned alongside Wang, were published in Hong Kong, which has looser restrictions on freedom of the press. According to Qiu’s memoirs, Wan once told him, “They’ve injected me with some drug. I can’t sleep at night, and my chest has become painful.”

After the Cultural Revolution, many politicians lost their positions, but it seems that only Wang was injected with drugs. Some claimed that the well-known and young Wang had been aiming at the possibility of a political comeback.

This April, two years after his sudden arrest without charge in summer 2015, the human rights lawyer Li Heping was sentenced to three years in prison with a four year’s stay of execution by Tianjin District Court for allegedly threatening to overturn the state.

Are the conditions of Bo and Liu a coincidence, or are they being persecuted by authorities? The truth is unclear, but what is obvious is the utter lack of respect for human rights in Chinese prisons. 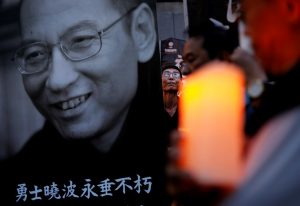