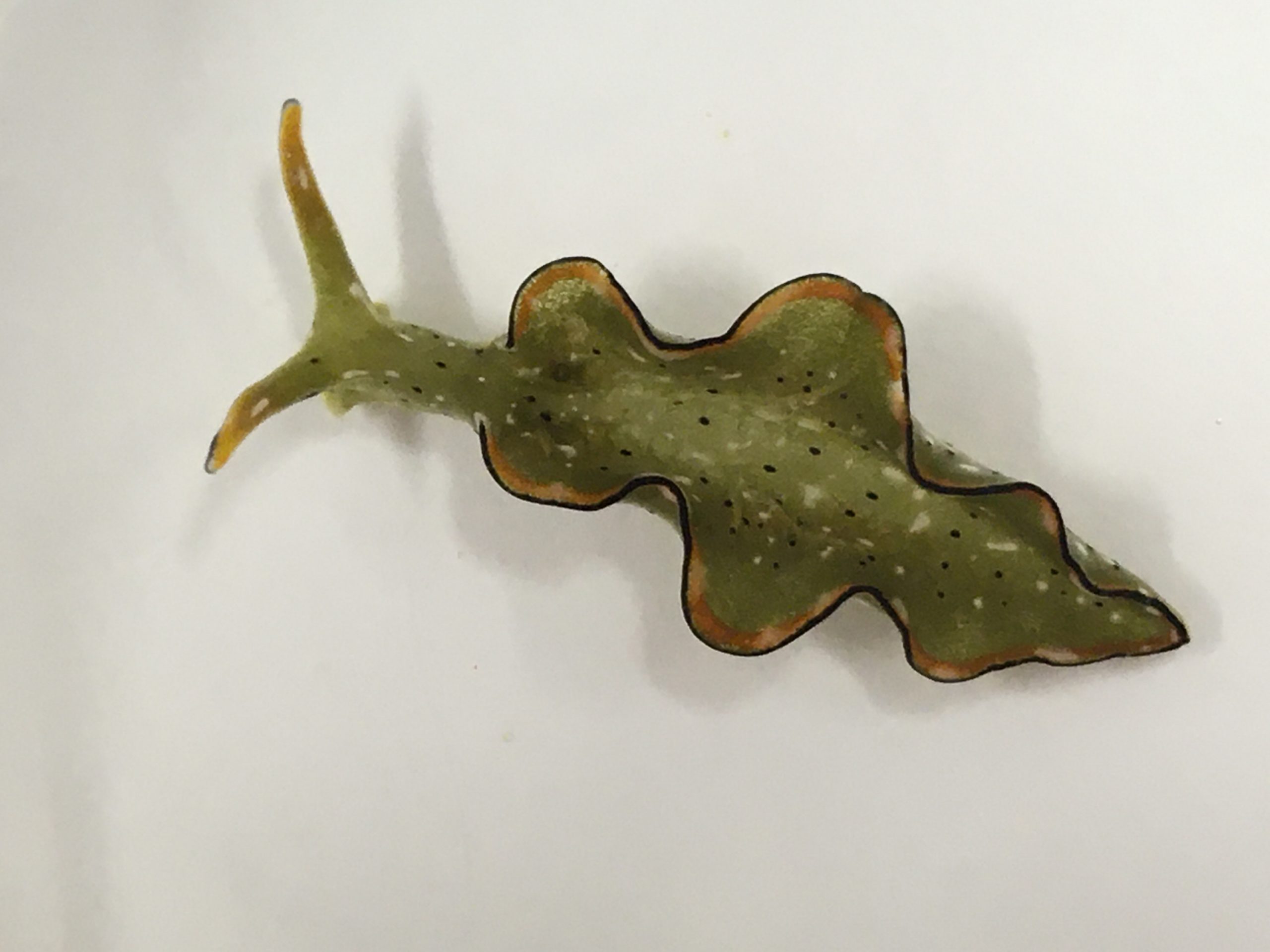 A research group at Nara Women’s University has discovered that a type of sea slug, a marine mollusk, can regenerate its entire body, including its heart, from its head alone after autotomy, or self-amputation, of its body from its head.

The first person to confirm this phenomenon was Sayaka Mitoh, 25, a graduate student at the university’s Graduate School of Humanities and Sciences. Mitoh’s enthusiastic observation of sea slugs was what led to the discovery.


The Most Extensive Regeneration

The phenomenon of autotomy, also called self-amputation, is found in amphibians, lizards, and arthropods. Lizards dropping their tails to escape an enemy is the most well-known form of autotomy, and planarian flatworms are also known for regenerating their heads and tails after they are cut off from the body.

However, according to Mitoh, to date no one had ever confirmed a complex-structured animal shedding a large part of its body, including the heart, and then regenerating, as in the case of this sea slug.

Mitoh’s advisor, Professor Yoichi Yusa, 55, of the university’s Faculty of Science, pointed out, “This is the most extensive autotomy and regeneration ever discovered.”

Mitoh first discovered this autotomy in August 2018 when she happened across the completely separated head and body of an Elysia marginata, a species of sea slug that she was keeping in the laboratory for ecological research.

Subsequently, although the sea slug’s body survived for three to four months, the body did not regenerate. On the other hand, the separated head developed a new heart and body, and completely regenerated. “I never thought it would regenerate, so I was really surprised,” said Mitoh.

She continued her observations to learn more, observing the regeneration phenomenon in 5 out of the 15 sea slug specimens kept in the laboratory and one specimen collected in the field. Mitoh confirmed that in some of the specimens, regeneration started from the head, with bodies becoming for the most part complete in roughly three weeks.

In addition, the team confirmed the autotomy phenomenon in three specimens of another type of sea slug, Elysia atroviridis, two of which regenerated. All of them were host to parasitic copepods, a type of crustacean.

Mitoh suspects that when parasitized, the sea slugs cannot lay eggs. Thus, they are not shedding their bodies to escape predators, but rather to eliminate the parasites.

In addition, the two species in this study can take in chloroplasts from seaweed and photosynthesize them. Mitoh speculates, “the phenomenon may have something to do with the fact that the sea slug’s head alone can acquire energy if there is light.”

Mitoh believes that if the mechanism of autotomy and regeneration of sea slugs can be unraveled, it could potentially be applied to regenerative medicine in the future. She plans to continue her research using other organisms of the same species.

Mitoh first became interested in sea slugs, and knocked on the door of Professor Yusa, as an undergraduate student. For her graduation thesis, she researched the topic of “subculture breeding,” by which sea slugs are bred and propagated.

Aside from their mysterious ecology, Mitoh says, “they are cute and have a soothing presence.” Her love for sea slugs is only growing.

Mitoh’s love for sea slugs is also expressed in the lab. When Professor Yusa suggested that they try strangling a sea slug with a string to see if it would self-amputate, Mitoh flatly refused, fearing that it might die. When Mitoh refused to cooperate, Yusa apparently conducted the experiment instead.

Professor Yusa commented, “Our perseverance in continuing steady observations was what led to this discovery.”

A paper summarizing the discovery of autotomy and regeneration was published in Current Biology, a U.S.-based American scientific journal, in March.

“We got a good response from overseas as well. I am happy that people are interested in our research,” said Mitoh. She continues to devote herself to her research day and night in order to further investigate and understand this organism.