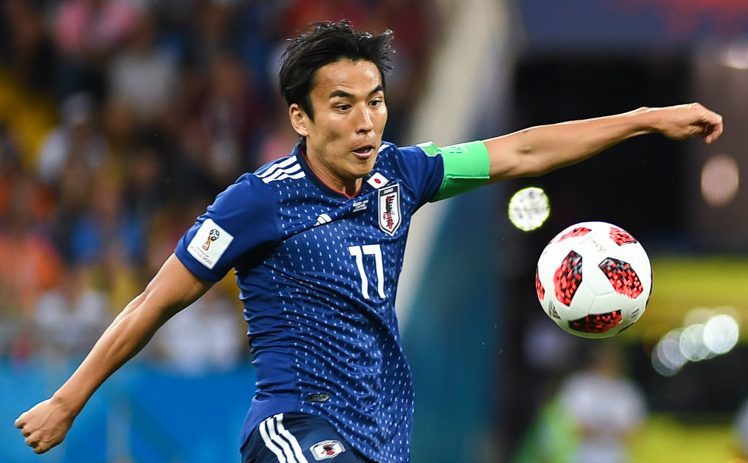 Eintracht Frankfurt’s Makoto Hasebe appeared in his 309th soccer match in the German Bundesliga on Saturday, breaking the record for most matches in the league by an Asian player.

Eintracht Frankfurt, which had won their previous two matches, suffered a 2-0 loss at home to Mainz on Hasebe’s record-breaking day at Commerzbank Arena.

“We weren’t as good as we needed to be today. We were lacking something in all areas,” Hasebe said afterward. “It’s a big shame we weren’t able to do better today.”

The defensive midfielder, who began his pro career with the Urawa Reds in 2002, said the accomplishment was bittersweet.

“I’m very proud to have played more Bundesliga games than any other Asian player. But for me, it would have been much, much more important for the team to win today,” the 36-year-old Hasebe was quoted as saying on the Bundesliga website in a post-match interview.

Hasebe joined the Bundesliga’s VfL Wolfsburg in 2008, then moved to FC Nürnberg in 2013 and Frankfurt in 2014. He served as Japan’s captain at the 2018 World Cup in Russia.

A studious player on the pitch, the Fujieda, Shizuoka Prefecture native revealed his career plans in a 2013 interview with bundesliga.com.

“For 10 years I’ve been making notes on the daily workings of what a coach does,” Hasebe told the website: “I can now say that I will become a coach when I retire and I’d like to coach the way (then-Frankfurt coach) Niko Kovac does.”

Hasebe isn’t ready to begin the next chapter in his soccer career yet.

He recently signed a one-year deal to keep him in a Frankfurt uniform next season. He’ll also serve as a club ambassador, starting next month.