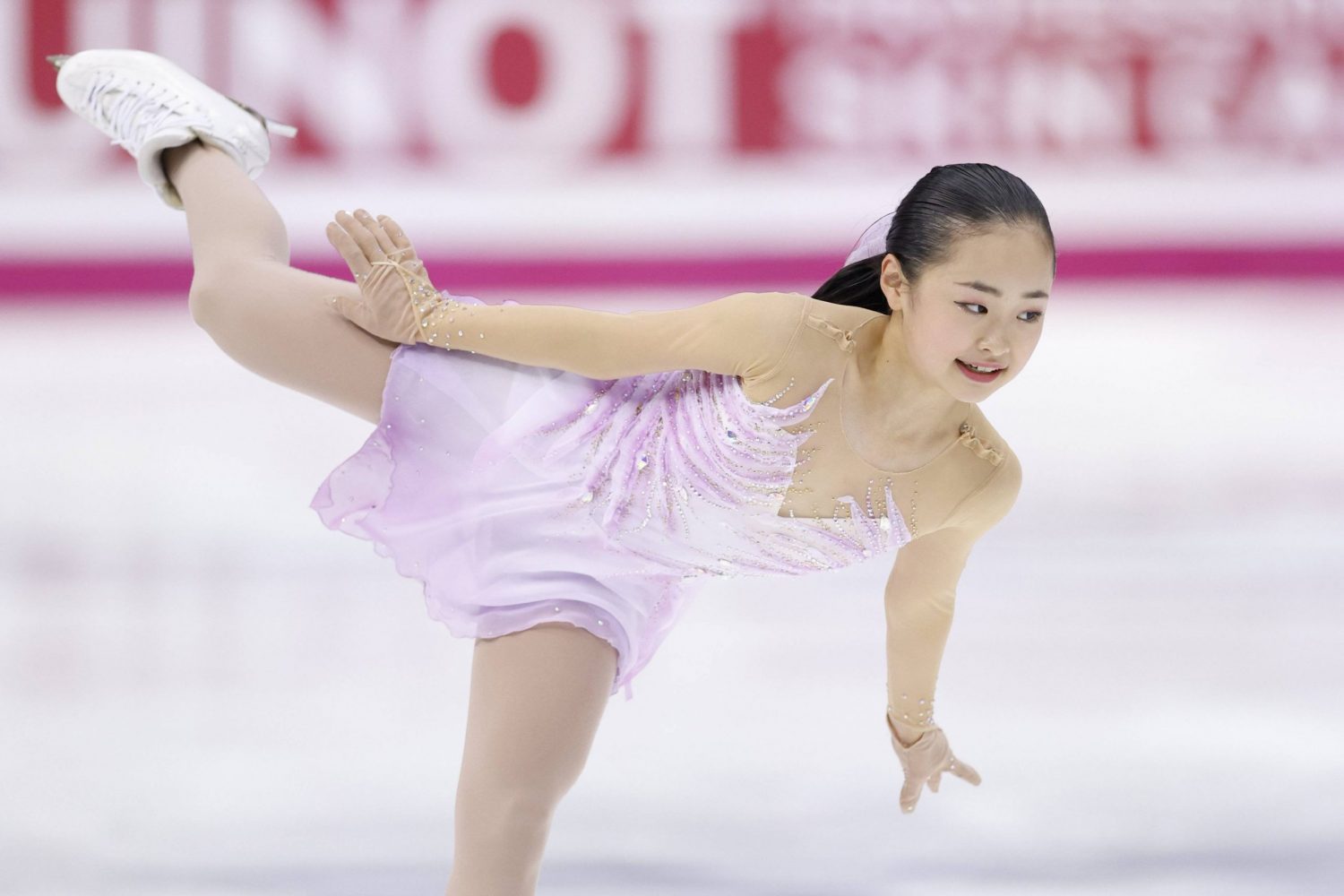 Mao Shimada competes in the women's free skate at the 2022 Junior Grand Prix Final on December 9 in Turin, Italy. (KYODO)

Mao Shimada came through with a clutch performance under pressure to win the Junior Grand Prix Final in Turin, Italy, on Friday night, December 9. The 14-year-old skated last and needed a big score in her free skate to claim the women's title and delivered with an ambitious program.

Shimada triumphed with a total score of 205.54 points for her second major victory in the past three weeks. The Tokyo native won her second straight Japan junior crown in November in Hitachinaka, Ibaraki Prefecture. She will attempt to add the title at the Japan Championships later this month in Osaka.

Shin skated immediately before Shimada and tallied 131.21 with a fine free skate, meaning Shimada needed 130.67 to prevail. She notched 135.88 to win.