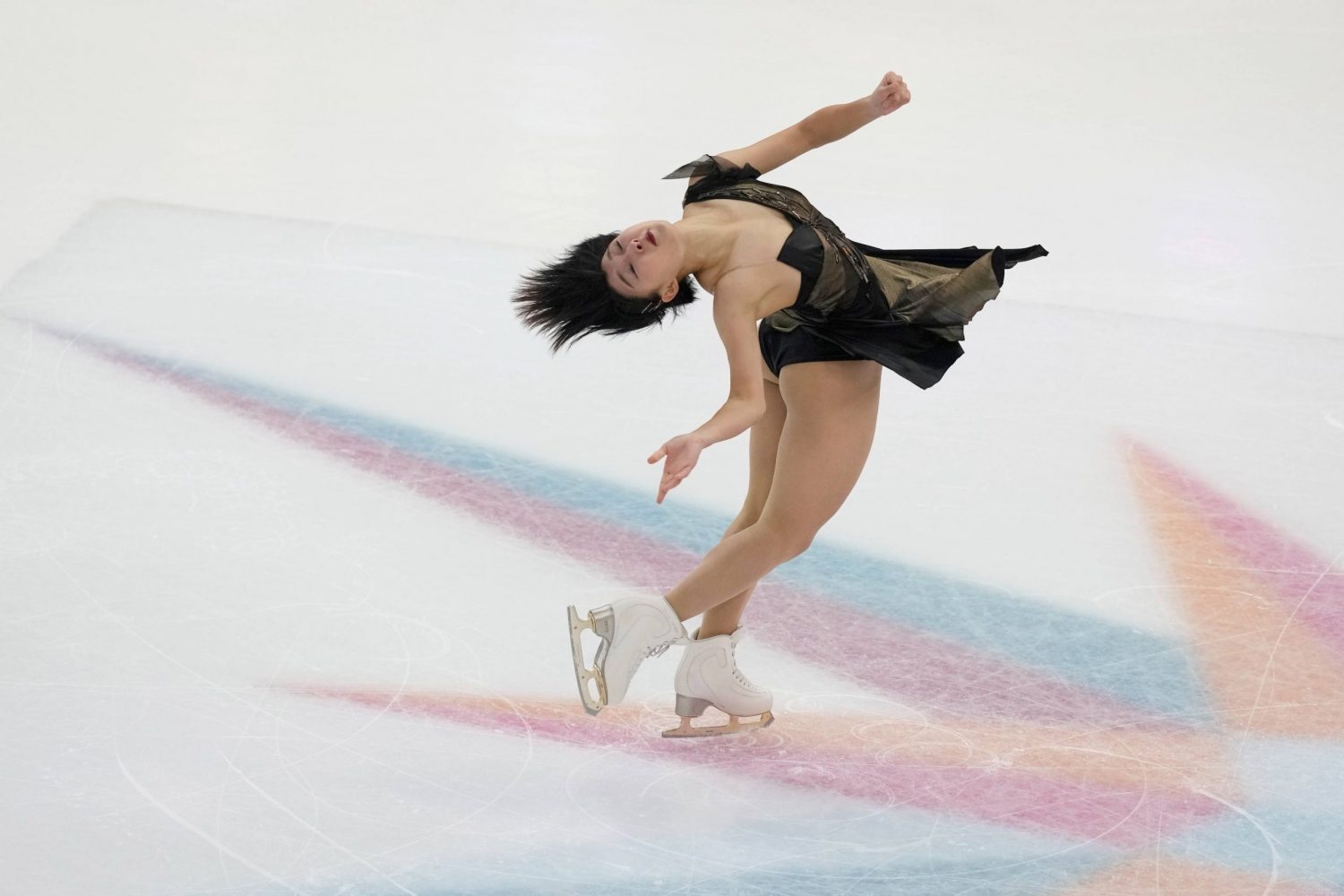 Kaori Sakamoto skates in the women's short program at the 2022 Grand Prix Finals on December 9 in Turin, Italy. (Antonio Calanni/AP)

World champion Kaori Sakamoto moved out to the lead after the short program at the Grand Prix Final in Turin, Italy, on Friday night, December 9 with a solid performance as she looks to claim her first medal ever in the prestigious event.

Sakamoto earned a score of 75.86 points and leads compatriot and training partner Mai Mihara, who tallied 74.58 in second place, going into Saturday's free skate at the Palavela Arena.

The 22-year-old Sakamoto skated to "Rock with U" and posted a clean scoresheet. She opened with a double axel, then landed a triple lutz, and went on to hit a triple flip/triple toe loop combination jump.